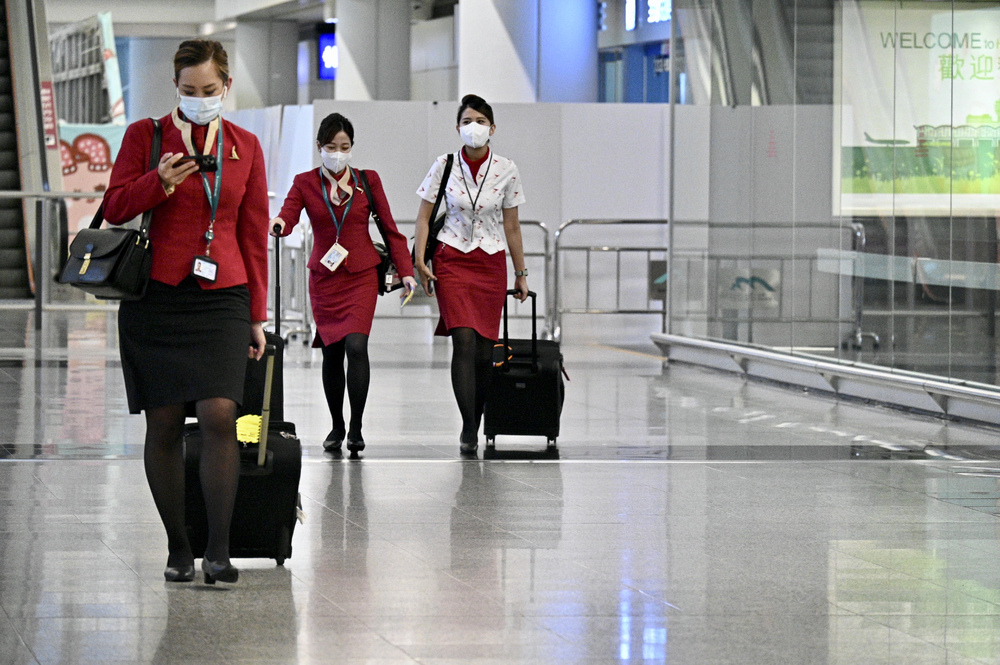 Cathay Pacific plans to rehire hundreds of flight attendants who were laid off in a large-scale retrenchment exercise two years ago as the airline prepares to get back up to near pre-pandemic operational speeds quickly with the severity of the outbreak showing signs of lessening.
It is understood that the airline recently sent emails to former flight attendants saying any applications by them to rejoin the airline will be prioritized.

"I'm pleased that as we look to resume our flight operations, it is the right time for us to begin rebuilding our team," said Jeanette Mao, the airline's general manager overseeing in-flight service, in the email.

A spokesman told The Standard that Hong Kong's flag carrier is resuming flights to more destinations amid the latest adjustments to travel restrictions and quarantine requirements.

He said Cathay is reviewing its human resource needs in the next 18 to 24 months, given the time needed for recruitment and training as well as planning for the anticipated recovery of the travel sector.

"We have started to reach out to former cabin crew with whom we had to part ways during the restructuring in 2020, but who expressed an interest in being notified when opportunities to rejoin arise," he added.

This came after Cathay axed a record 5,900 jobs in October 2020. It started to recruit pilots last summer.

Grace Siu Wing-yan, vice chairwoman of Cathay Pacific Airways Flight Attendants Union, said the offer is "entirely unattractive" as those who were laid off would have to "start from the bottom - the most junior position - once again."

But flight hours they had accumulated will be taken into account when their promotions are considered, Siu said.

"Our company has also cut one staff from each flight and shortened rest time between flights. The job will only get more and more exhausting and therefore even less attractive," she said.

"My former colleagues were mostly in more senior positions after at least 10 years with Cathay Pacific. Most of them are not interested in rejoining as most of them have already taken on a different career path with higher salaries."

Oscar, a former junior flight attendant who was laid off, said many of his ex-colleagues will not consider rejoining.

"I am now working at a tutorial center teaching mathematics and the salary is not bad. I have no intention to return to Cathay for the HK$9,000 salary," he said.

"We would have died of hunger if we 'd waited for Cathay to ask us to rejoin. I'd also have to let them monitor my whereabouts 24/7, so count me out," he added, referring to Cathay's tracing app for cabin crew.
Add Comment