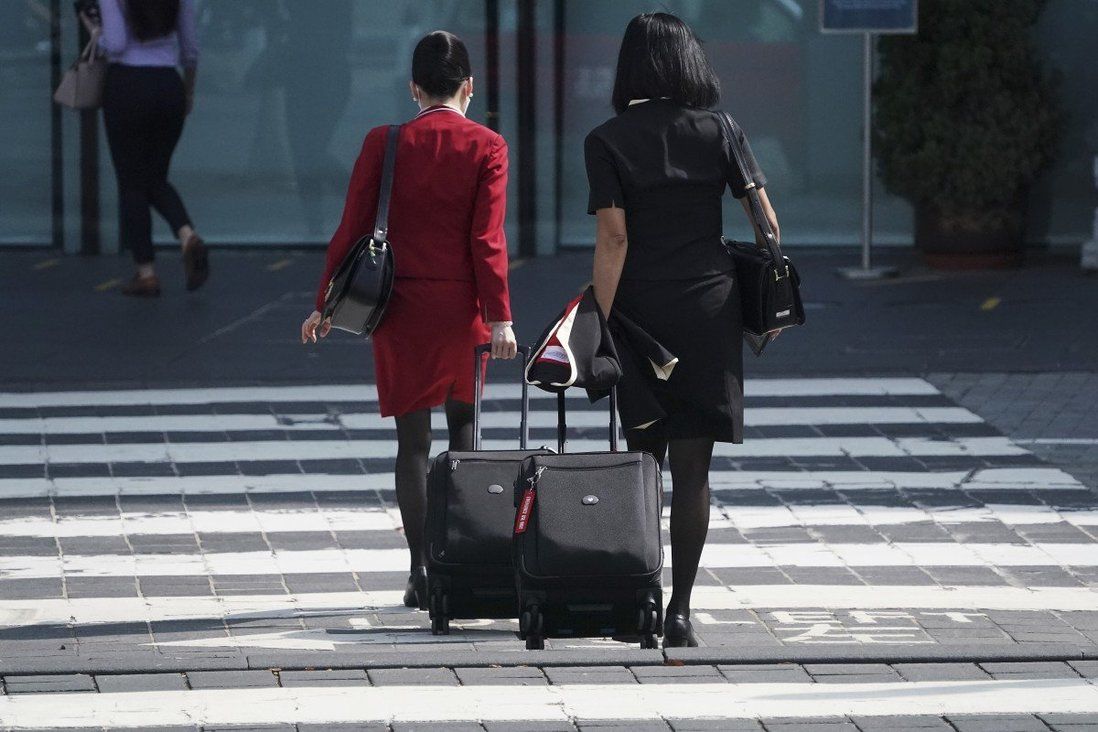 Cathay aircrew may have to be vaccinated to keep their jobs, airline says

Carrier warns flying schedules will be unsustainable with non-vaccinated staff, and getting jab could soon be a prerequisite for employment with the company.

Cathay Pacific could make Covid-19 vaccination a prerequisite for pilots and cabin crew to keep their jobs soon, and the airline warned organising flying schedules would be harder to manage with non-inoculated staff.

The carrier said 80 per cent of its 2,600 pilots had booked or received a vaccination, by far the highest among its workforce, but only 40 per cent of about 8,750 cabin crew members – as of May 13 – had received or made a booking.

“Based on our operational modelling it is clear that it won’t be long before we are unable to sustainably roster unvaccinated crew,” Chris Kempis, director of flight operations, said in a memo on Thursday. “As such it looks increasingly likely that in the future being vaccinated will be an essential requirement of the job for any Hong Kong-based aircrew.

“It’s becoming increasingly clear that being fully vaccinated against Covid-19 will need to be one of the prerequisites to being employed as a pilot in international operations.”

The airline has internally disclosed that 3,500 cabin crew started the vaccination process, and 2,000 are considered fully vaccinated. 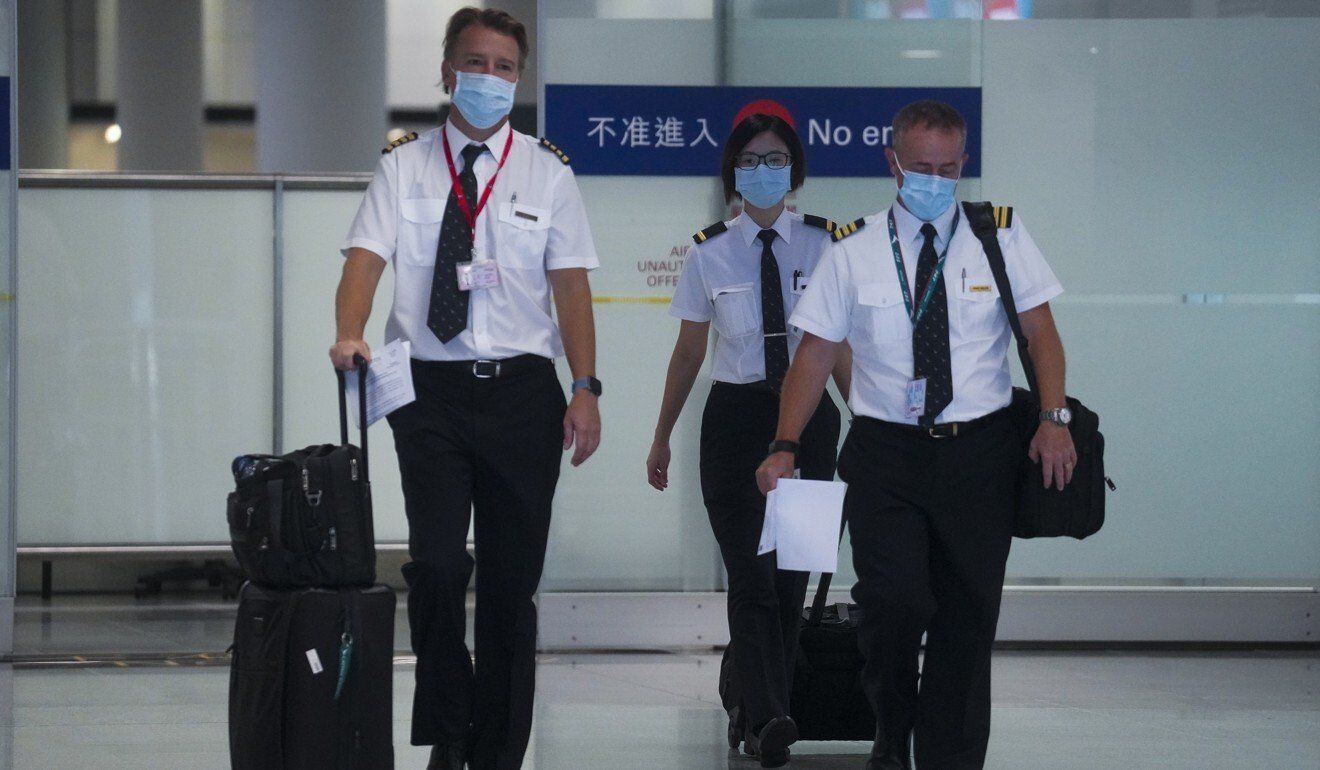 Cathay said 80 per cent of pilots had booked or received a vaccine.

Cathay said it expected governments, just like Hong Kong, to introduce more stringent requirements for unvaccinated crews while easing them for ones that are, adding more complexity to organising flights to separate staff who are fully protected and those who are not.

The airline also told its flight attendants separately that in the future being vaccinated would be “an essential requirement of the job for any Hong Kong based aircrew”.

It added: “Based on our operational modelling it is clear that it won’t be long before we are unable to sustainably roster unvaccinated crew.”

A wholly international airline with no domestic flights, Cathay would need all pilots to get protection from the virus.

The carrier has been one of the hardest hit because of its reliance on cross-border travel, which has been all but closed by governments to stem the spread of the virus.

Kempis cited the long lead time to recruit and train replacement crews, and said the carrier “may be rapidly approaching this decision point” on linking mandatory vaccinations to employment.

“It is up to an individual whether they wish to be vaccinated or not, so any decision to make vaccination a prerequisite for continued employment would not be undertaken lightly,” he added. 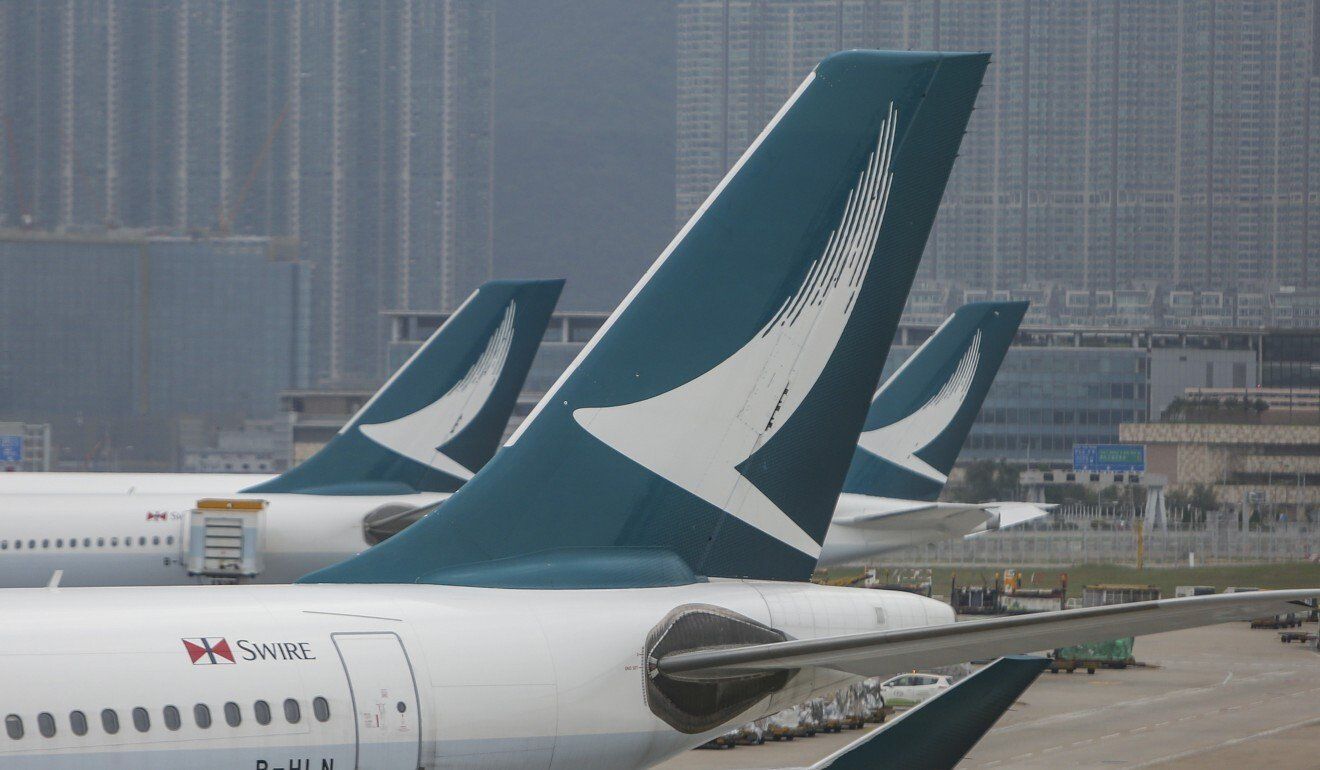 Cathay Pacific said it believed it had a duty of care to protect the health and safety of staff and customers.

A Cathay Pacific spokeswoman confirmed the contents of the memo and said the airline recognised people must make their own decision whether to get vaccinated.

“However, we are in a service industry and we have a duty of care to protect the health and safety of our employees and our customers, providing assurance to them and giving them confidence that when they fly with us they are in safe hands,” the spokeswoman added.

Rules on aircrew were tightened in February, forcing airline staff to quarantine if they had stayed overseas. The measure cost Cathay an extra HK$400 million per month, increasing its monthly losses to up to HK$1.9 billion. Rules have since been eased for low risk and fully vaccinated cargo pilots only.

The warnings of vaccinations being tied to employment come as the airline attempts to cut back on staff through a recent voluntary redundancy exercise.

During 2020, the airline shut regional airline Cathay Dragon among a cutback of 5,900 jobs, and saw the government rescue the ailing business as part of a HK$39 billion bailout.

There is a broader debate taking place over companies making vaccines mandatory, given some staff may not be suitable to be inoculated.

Delta Air Lines was one of the first carriers last week to say it would only hire people who were fully vaccinated, but stopped short of expanding the requirement across its current workforce. Elsewhere, Mondelez International, a US-based global producer of snacks, said it would be requiring its office workers to be jabbed before returning to the office.

Hong Kong is suffering from low vaccination rates amid high vaccine hesitancy and mistrust. So far, 16 per cent of the population has received at least one dose, and 11 per cent have taken two doses.

Amber Suen Tak-yin, vice-chairwoman of the Cathay Pacific Flight Attendants Union, said the airline should respect that getting a jab was “an individual decision”.

“We disagree that the vaccination requirement should be a condition and people have different conditions that make them willing to take a vaccine or not,” she added. “We do not wish the company to cut costs by pressuring people to get vaccinated or face losing their job.”