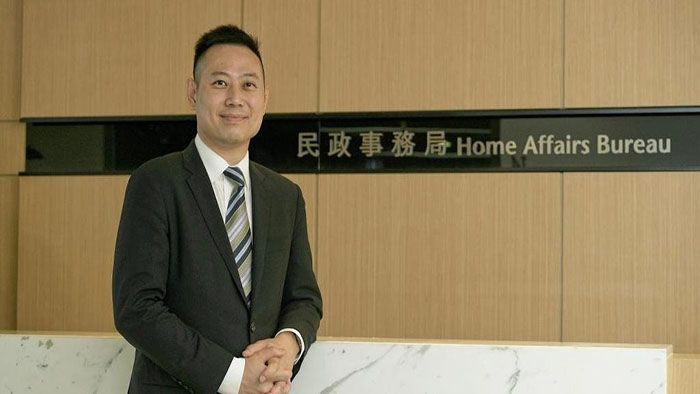 Secretary for Home Affairs Caspar Tsui Ying-wai lost salaries worth over HK$1.9 million after he left his position five months early.
He tendered his resignation on Monday after attending the 53rd birthday party of Witman Hung Wai-man, principal liaison officer for Hong Kong at the Shenzhen Qianhai Authority and a Hong Kong deputy to the National People's Congress, on January 3 at a Wan Chai restaurant amid the local outbreak of the highly infectious Covid-19 Omicron variant.

Given his term was supposed to last till June 30, his early exit costs him five months of salaries – which is more than HK$1.9 million, based on his current monthly salary of HK$391,166.

But his profits from property investments can well cover his lost salaries.

Tsui and her wife owned a number of properties, including two flats and two parking spaces at Parc Oasis in Kowloon Tong.

The two sold a flat of more than 800 square feet and two parking spaces in the past three months, cashing in HK$17.51 million and making a profit of HK$6.475 million.

In 2020, he uploaded a photo of a sweet soup on the day that a fatal fire broke out in Yau Ma Tei. He was criticized by netizens for enjoying himself while people's lives were at stake, but he replied later that it was "multitasking".
#COVID-19  #Covid
Add Comment