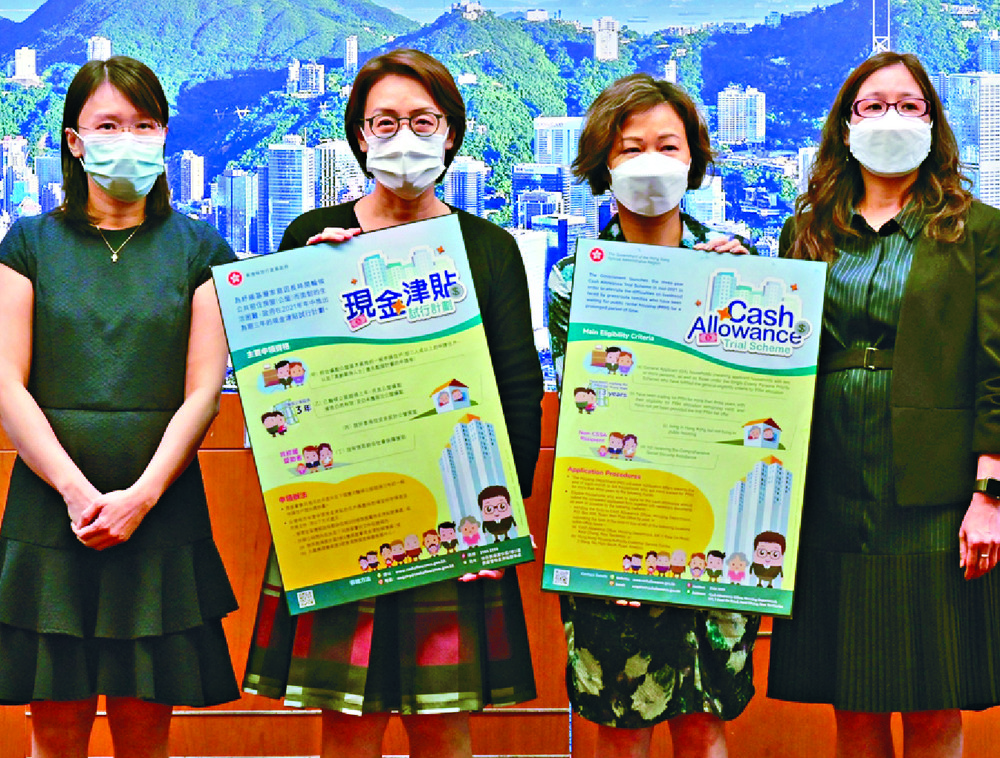 Grassroots residents who have waited for public rental housing for over three years and are not receiving Comprehensive Social Security Assistance can start applying for a cash allowance of at least HK$1,300 per person by the end of this month.
The government has budgeted HK$8.1 billion for the scheme and will send out application forms to 90,000 households expected to be eligible.

To qualify for the Cash Allowance Trial Scheme, applicants must be general applicants for public rental housing who have been waiting for at least three years.

General applicants refer to family applicants with two or more persons or applicants under the single elderlies priority scheme, meaning that non-elderly single applicants would not be eligible for the allowance.

Also not eligible are those receiving CSSA or living outside Hong Kong, as well as those in Housing Authority or Housing Society interim or rental flats.

Single applicants will receive HK$1,300, while families with over six members can receive HK$3,900 at most. The first batch of allowance will be handed out by the end of next month at the earliest.

Director of Housing Agnes Wong Tin-yu brushed off claims that the allowance amount is too low.

"The amount is half the maximum amount of the rent subsidy under the CSSA, and instead of a rent subsidy, it is a cash allowance intended to relieve pressure on people, so I think the amount is appropriate," she said. "There are other subsidy schemes rolled out by other departments."

The Federation of Public Housing Estates said it welcomes and supports the allowance scheme, but it questioned the exclusion of non-elderly single applicants.

"As the median rent of subdivided units is at HK$4,800, the allowance of HK$1,300 can barely cover one third of their rent," the federation said as it called on the government to start legislation for rent control at subdivided flats as soon as possible.

It also urged the Housing Department to allow non-elderly single applicants that have waited for a public rental housing flat for over six years to also be included in the scheme.
Add Comment