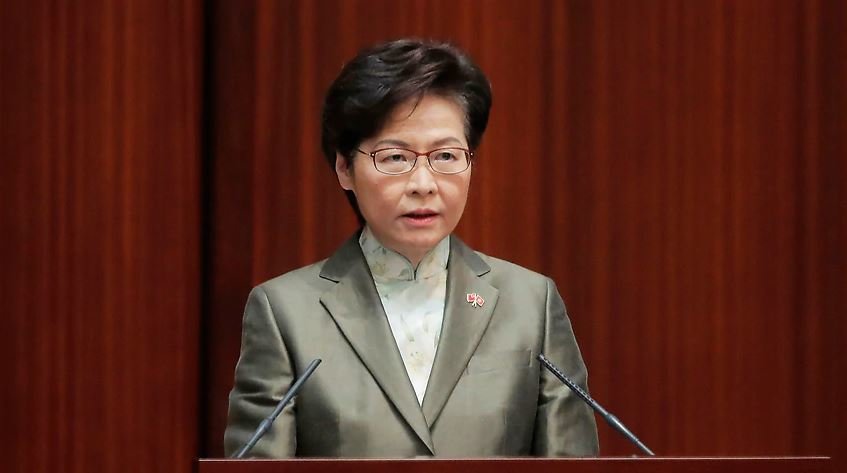 The government is also set to launch programs to educate Hong Kong’s youth about respecting China’s national flag and its anthem.

The Hong Kong government’s priority is to “restore the political system from chaos”, Chief Executive Carrie Lam said on Wednesday in her annual policy address.

Ms Lam’s lengthy address to the semi-autonomous city’s legislature was delayed by more than a month to accommodate her high-profile trip to Beijing for talks on how China can help with the finance hub’s economic recovery.

But after briefly mentioning the city will contribute to efforts towards further integration of the Greater Bay area, a region that includes Hong Kong, Macau and nine cities in China’s Guangdong province, she spent a large part of her address on the need to restore order and protect China’s national security.

The central government’s role in the former British colony has been in the spotlight, in particular with the imposition in June of a security law after months of pro-democracy protests - the most intense in decades - last year.

“In the past year or so, Hong Kong has experienced the most severe political challenges since its return to the motherland,” Ms Lam said.

“One of our urgent priorities is to restore ... constitutional order and political system from chaos.”

She accused foreign governments and legislatures of increasing interference in Hong Kong’s affairs, which she said were China’s internal affairs, and that their actions were jeopardising national security. 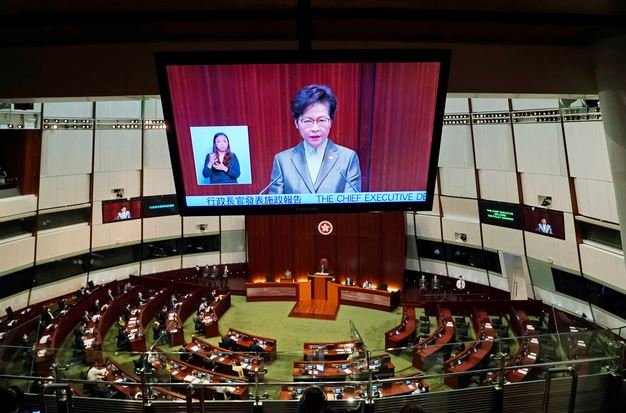 Ms Lam said the government will introduce a bill to “enhance oath-taking” by civil servants and conduct widespread public education “to enhance the understanding of the rule of law”.

The government will launch programs to educate Hong Kong’s youth, who were at the frontlines of last year’s demonstrations, about respecting China’s national flag and its anthem.

Ms Lam spoke at length about prioritising “moral development” of youth and strengthening “their sense of national identity and awareness of national security.”

Last year’s protests were triggered in part by fears in Hong Kong that the central government was whittling away the freedoms granted when the city returned to Chinese rule in 1997 under a “one country, two systems” formula.

Ms Lam, the city’s least popular leader since the handover, presented her annual policy address via video last year after some opposition lawmakers disrupted the legislative session, jeering as she started her speech.

She did not face any opposition this year, after pro-democracy lawmakers resigned en masse after four of their colleagues were disqualified after China’s parliament gave city authorities powers to oust lawmakers without court scrutiny.