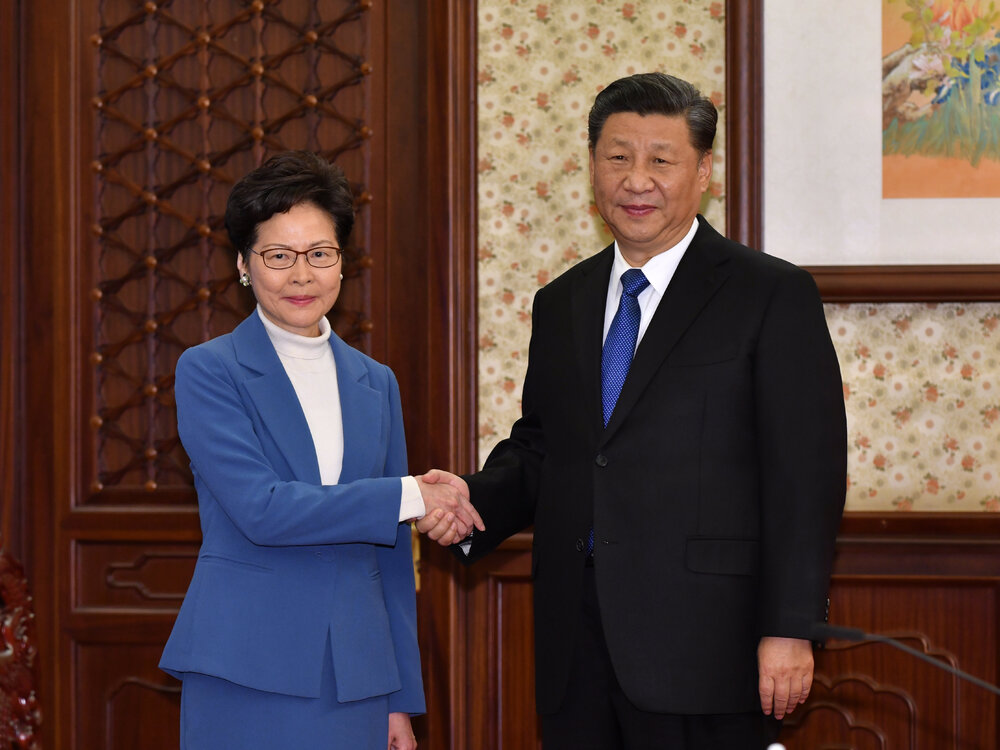 Carrie Lam to head to Beijing for duty visit by Tuesday

Border reopening is expected to be a key topic to be discussed as Chief Executive Carrie Lam Cheng Yuet-ngor heads to Beijing for a duty visit in the coming few days.
Lam was scheduled to go to Beijing in mid-December for her regular duty visit, but had to postpone the trip due to the Legislative Council election on Sunday.

With the results of LegCo election to be announced on Monday, sources told Sing Tao Daily, the sister publication of the Standard, that Lam will depart for the capital on Monday or Tuesday.

It was reported earlier that the central government would like to reopen the border with Hong Kong for quarantine-free travel this month as a “Christmas gift” for Hongkongers. But the latest outbreak of the Omicron variant of the Covid-19 has brought uncertainties.

Those in political circles are also watching closely for any signals from Beijing to back the re-election of Lam as Chief Executive. The CE election will take place on March 27, 2022.

Back in January this year, Lam made a duty call to Chinese President Xi Jinping via video instead of heading to Beijing on her own – the first such arrangement due to the pandemic.

Regarding the border reopening, Chief Secretary for Administration John Lee Ka-chiu said it is clear that both Hong Kong and mainland want to resume normal cross-border exchanges as soon as possible.

“We have entered final preparations. I have ordered all government departments of the SAR to be ready for it, so that they can enforce the arrangement immediately after it is announced,” he said on Sunday.
#COVID-19  #Covid
Add Comment