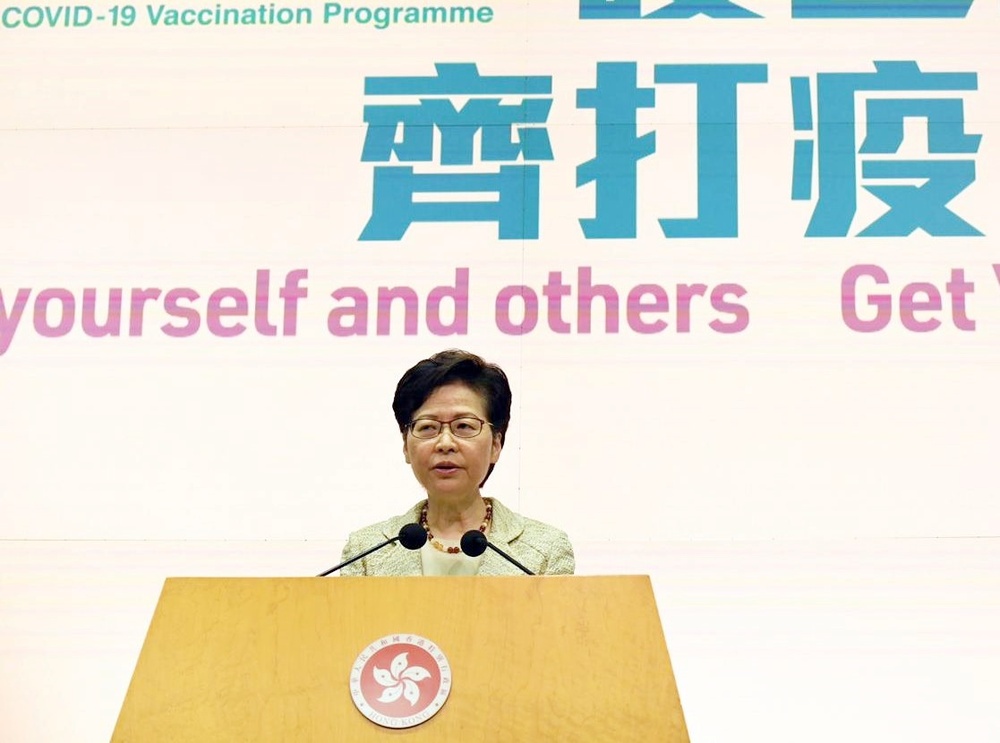 Hong Kong's leader said that freezing the assets of democracy activist Jimmy Lai, including his majority stake in media publisher Next Digital, would hopefully reinforce the Asian financial hub's status by ensuring national security, Reuters reports.
Carrie Lam, speaking at a weekly press briefing on Tuesday, said that the move against Lai illustrated how seriously the government discharged its duty to safeguard national security.

"The problem ...does not only threaten Hong Kong people's security, but also that of 1.4 billion Chinese people."

Hong Kong authorities said on Friday they had frozen assets belonging to the jailed media tycoon under a new security law. It marked the first time a listed firm has been targeted by the controversial legislation and fuelled concerns about the city's broader investment environment.

"This will not undermine our status, but we hope it reinforces it so that no one can use our financial system to carry out acts endangering national security," she said.

Among Lai's assets that were targeted included local bank accounts of three companies owned by him as well as the 71.26 percent stake in Next Digital worth around HK$350 million based on Friday's closing share price. The shares remain halted ahead of a company announcement regarding the freeze.

The attack on Lai, a fierce Beijing critic, has raised concerns about the future of Next Digital, a pro-democracy publisher, which he had been keeping afloat with loans, although the company's CEO has said that the frozen assets have no link with the firm's bank accounts.

Lai is currently serving a 14-month prison sentence for taking part in unauthorized assemblies during Hong Kong's anti-government protests in 2019. He is among the most high-profile arrests made under the security law and faces three alleged charges including collusion with a foreign country.
Add Comment