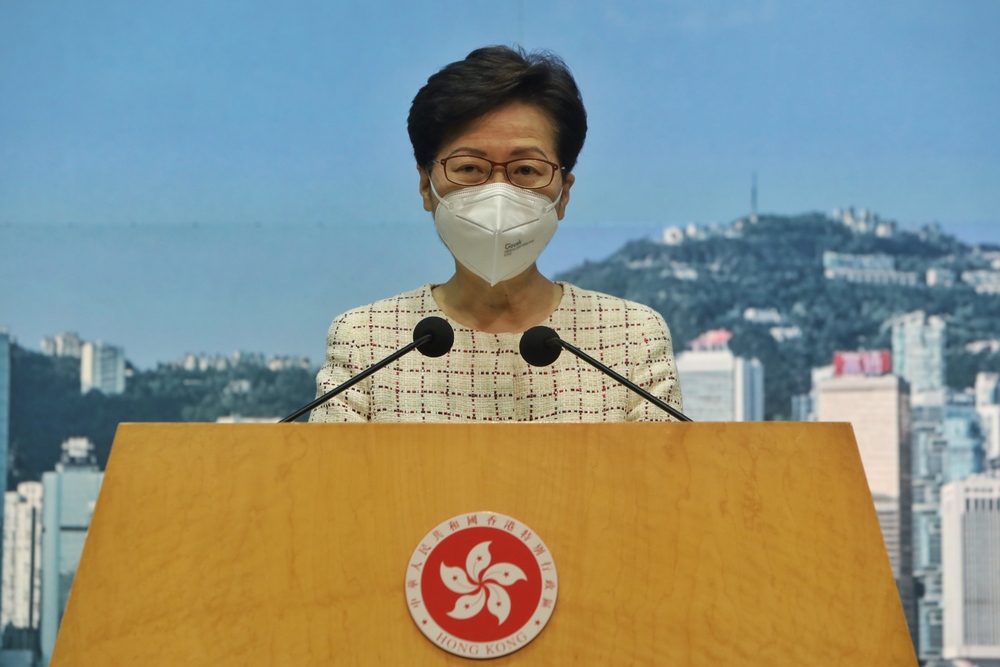 The popularity rating for Chief Executive Carrie Lam Cheng Yuet-ngor rose by 1.4 marks to 36, while Secretary for Education Kevin Yeung Yun-hung among 12 principal government officials scored the lowest approval rate of negative 24 percent.
These were results of a survey conducted by the Hong Kong Public Opinion Research Institute from May 31 to Sunday (Jun 5), where 1,000 Cantonese-speaking adult residents were interviewed on phone.

Lam's popularity rating increased from 34.7 recorded between late April and early May to the latest 36 by 1.4. Her net approval rate also climbed three percent to negative 60 percent with 27 percent of respondents giving her 0 mark.

Among the directors of the 12 government bureaus, Yeung scored the lowest net approval rate at negative 24 percent after a five percent increase.

Ranking second bottom in the list was Secretary for Food and Health Sophia Chan Siu-chee, who saw her net approval rate stood at negative 19 percent, marking a 23 percent jump from negative 42 percent logged in March.

Tang was the one with the highest net approval rate of 10 percent, seeing the numbers rebound by 11 percent from negative one percent.

Meanwhile, both Secretary for the Civil Service Patrick Nip Tak-kuen and Secretary for Innovation and Technology Alfred Sit Wing-hang registered a new low in the net approval rate at negative one percent and negative eight percent respectively.
Add Comment