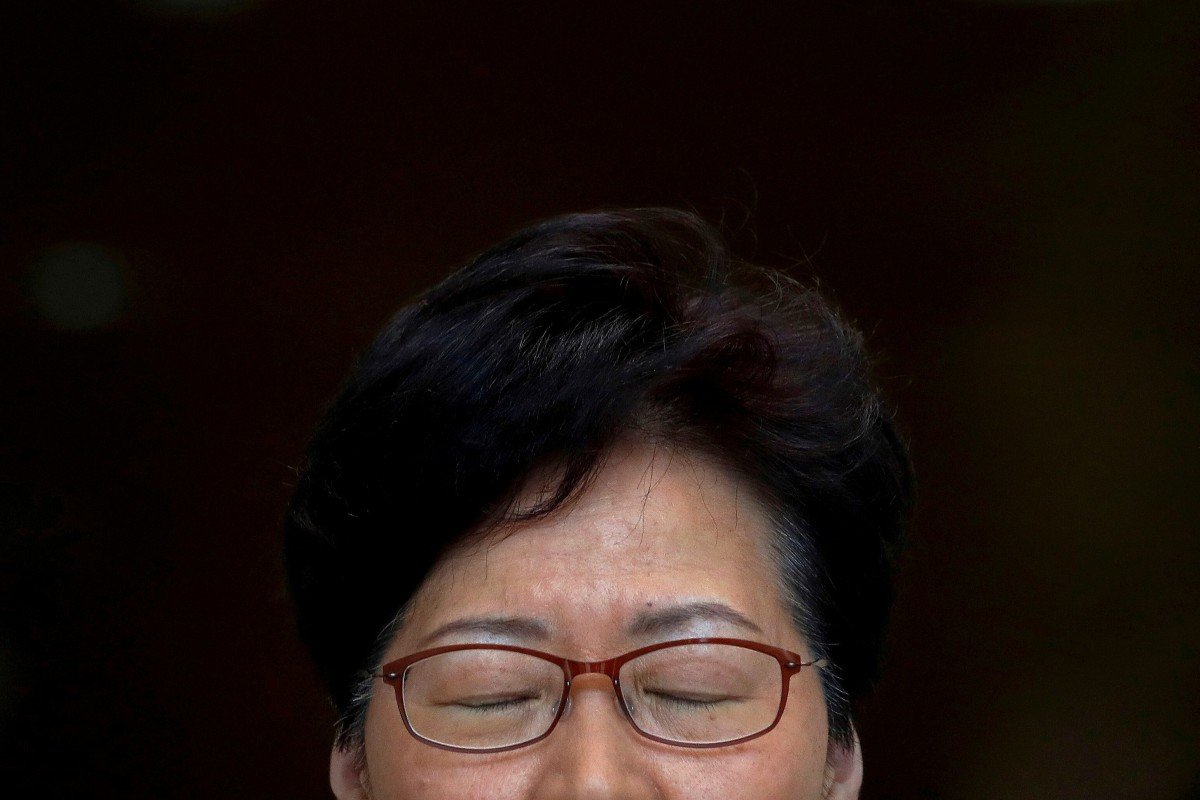 Hong Kong protesters are back on the streets. Blame Carrie Lam’s inaction

The chief executive should stop issuing ineffective warnings to protesters and start addressing their valid concerns. The list of problems that fuelled the mass rallies last year remains. That is a sad indictment of the government

To the surprise of nobody, the protesters are back. As usual, the government churns out hackneyed warnings about the damage this will cause, as if protesters were some kind of alternative species with an endogenous desire to complain.

Perhaps it would be a good start if the government could just get it into its collective thick skull that people protest for a reason, not just for the hell of it. Genuinely recognising that, rather than mouthing the words, would be of enormous help.

As far as I can see, not a lot has changed since the extradition bill chaos of last year – the government is still bending the rules in the Legislative Council to get its way, and still trying to force laws on people who don’t want them and won’t respect or obey them. To have made such a colossal miscalculation last year could, charitably, be put down to political naivety; to do exactly the same thing again one year later is rank stupidity.

The government can issue as many warnings as it likes, but nothing will change until it does something to address the protesters’ concerns. Let’s look at its record: for all her apologising and promising to meet and to listen to people, Chief Executive Carrie Lam Cheng Yuet-ngor has had only one public dialogue.

What has she done about the housing crisis, with people living in fire traps and cages? Nothing. Tackling poverty? Nothing. What minor reforms to the functional constituencies has she made to allow more representative voting in this year’s elections? Nothing. Investment in technology for rural areas to close the digital divide? Nothing. Eliminating the Mandatory Provident Fund’s offset mechanism to make sure people can have a better income in retirement? Nothing. The list of inaction is endless.

The only achievement I think the chief executive can claim credit for is a reinterpretation of Article 22 of Basic Law 23 years too late.

What a damning indictment of this chief executive and all those who prop her up by clinging to their posts in timid silence.

Protesters seek to stand up to Beijing, not overthrow it

“Liberate Hong Kong, revolution of our times” has been a slogan for what started as a campaign against a proposed extradition law but later morphed into an anti-government movement supported by many Hongkongers. Many people believe the campaign was a continuation of the Occupy Central in 2014, which drew inspiration from the “Jasmine Revolution” of 2011.

However, if the series of riots in the Hong Kong campaign was indeed manipulated by a behind-the-scenes operator, that operator aimed only to flex its muscle in front of Beijing rather than start a revolution in Hong Kong.

The Jasmine Revolution ultimately overturned the regime of Zine El-Abidine Ben Ali in Tunisia and led to the Arab spring movement. In Hong Kong, the protests early on drew vast crowds, then violent protesters began to target shopping centres and various retailers unfriendly towards the campaign. They also hit out at government services, including the Legislative Council complex, police stations and the central government’s liaison office in Sai Wan.

The protests brought hardship to Hongkongers’ daily lives and left many people injured. They goaded the police into using vengeful force to curb the riots, which in turn further fanned the flames of protest.

However, through it all, the campaign signalled no intention of overturning the special administrative region government.