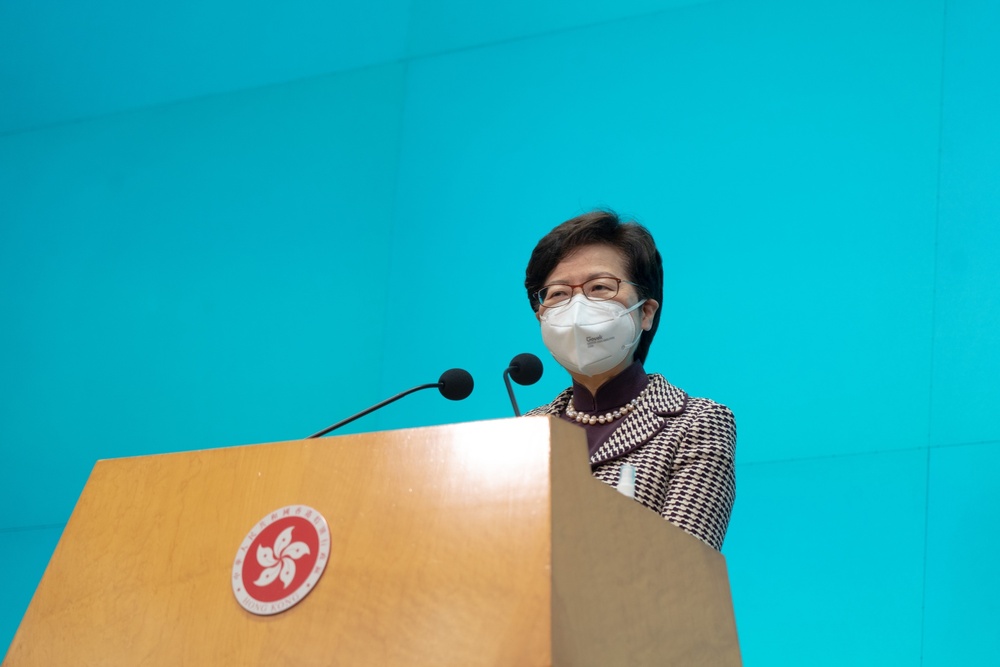 Outgoing Hong Kong Chief Executive Carrie Lam ruled out the possibility of opening the border with mainland China in the foreseeable future, as Beijing doggedly pursues its Covid Zero pandemic strategy.
“Reopening the border with the mainland is a major challenge,” Lam said at a Legislative Council meeting Thursday, in her final question-and-answer session before giving way to new leader John Lee on July 1. “I can tell you it is not possible in the short term based on our discussions from September to December last year.”

Chinese authorities told Hong Kong officials last year they needed to maintain “no local infections for a while” to reopen the border. That appears impossible anytime soon as Hong Kong tolerates hundreds of local daily Covid infections per day without tightening social distancing measures, showing a clear divergence with the mainland.

Lam said health experts told her this week they aren’t concerned by rising cases as most are mild infections and the city’s vaccination rate is increasing. China, meanwhile, continues to send communities into lockdown over a handful of cases, as it tries to eliminate the virus, even as the rest of the world is opening up borders and living with the virus.

Hong Kong’s drift from President Xi Jinping’s zero-tolerance track has left the city in a difficult position, Lam said. While it can’t open the border with the mainland, it still imposes a mandatory seven-day hotel quarantine for arrivals from much of the world.

“It’s clear now that most foreign countries have a set of theories and measures against the pandemic, while our country has a different set,” she said. “Hong Kong is caught in the middle.”

Lee, a former chief secretary, spearheaded last year’s discussions across the border with mainland officials on the resumption of quarantine-free travel. Lam said it would be down to his government to work out the criteria for resuming mainland travel going forward.

“With the new administration and its discussions with China, I can’t tell if there will any room for adjustment,” she added.
#Covid
Add Comment