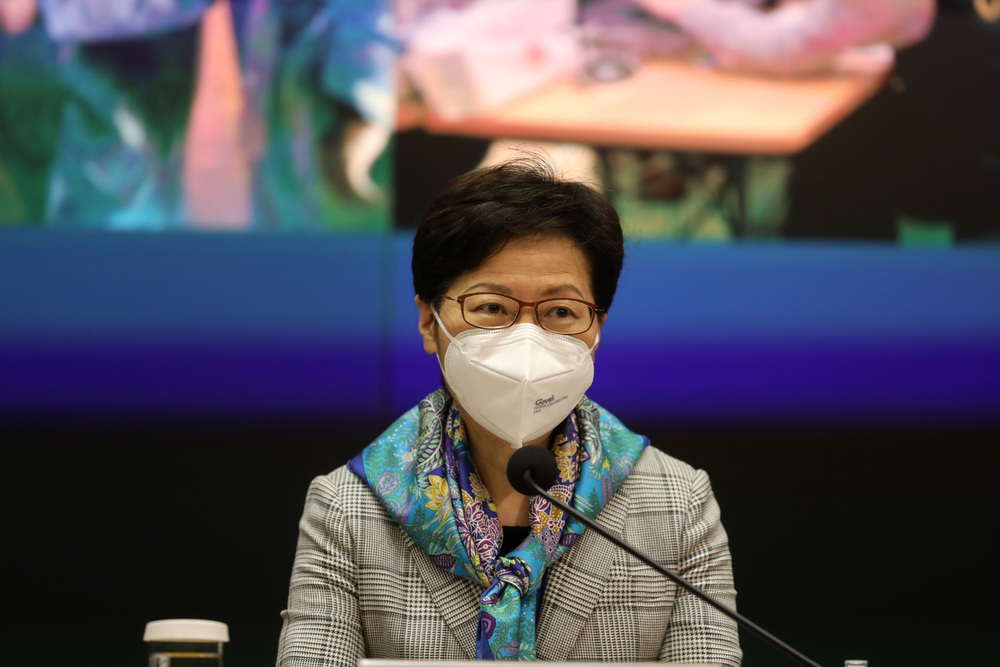 Chief Executive Carrie Lam Cheng Yuet-ngor rejected immediate borders reopening in a letter sent to the International Business Committee but asked understanding and tolerance amid challenges posed by the fifth wave, according to reports.
HK01 reported that Lam sent a letter to the committee's members on Friday (Mar 18), where she said the resumption of quarantine-free international and mainland travel "will take time to materialize in our mapping out the post-fifth wave pathway."

"Going forward, as soon as the fifth wave stabilizes, the government will spare no effort in relaunching Hong Kong on all fronts," Lam wrote in the letter.

In a previous press conference, Lam said she feels that the public's tolerance towards the stringent Covid-19 curbs is fading while financial institutes lose patience.

She said she will report on more regarding the universal testing arrangement on Sunday or Monday and other border control measures.

Going back to the letter, Lam addressed the concerns of separation of parents and children following infections and said, "I was naturally distressed by such incidents."

She pointed out that the Hospital Authority has been arranging parents to stay with their children in hospitals, and she has instructed Secretary for Food and Health Sophia Chan Siu-chee to ensure the authority will adhere to this pro-children and pro-family measure.

As for the mass testing scheme, Lam wrote, "I am acutely aware of the fact that since its announcement, the scheme has attracted a lot of attention and created some anxieties. "

"The SAR government fully recognizes that such a major operation has to be carefully and meticulously designed to ensure it will achieve its desired effect and minimize disruptions to the city," she added.