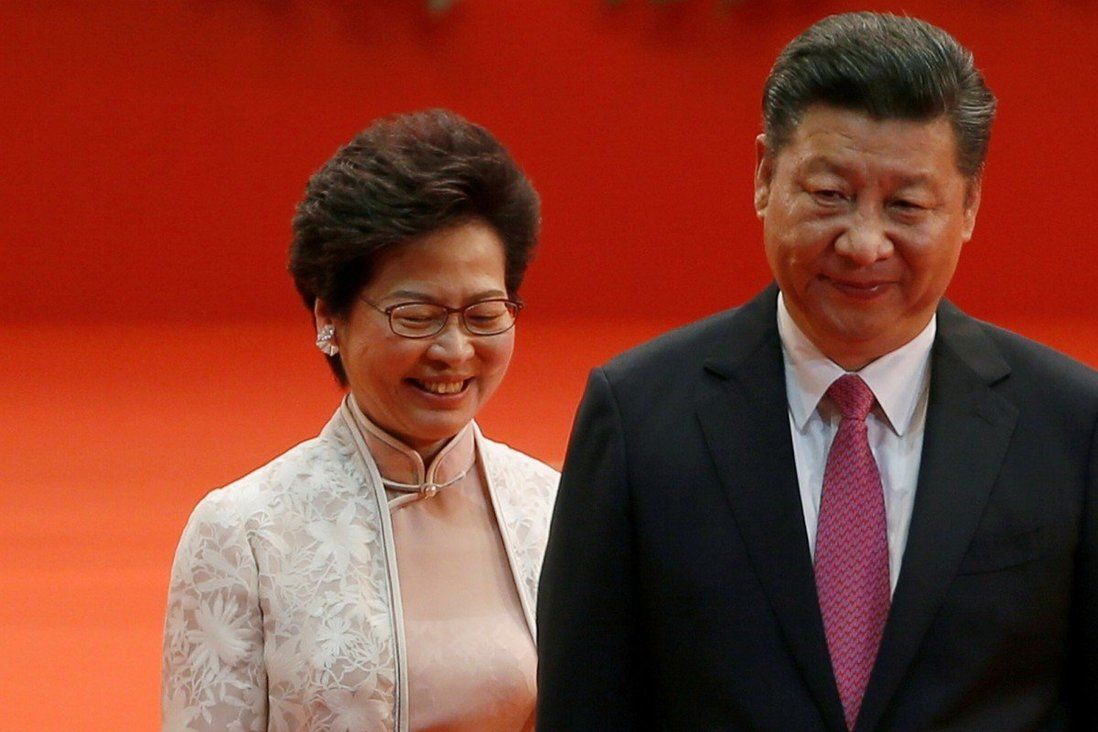 Lam and dozens of senior political, business figures expected to head to Beijing on Monday for the Communist Party’s 100th anniversary.

Hong Kong’s leader and about 60 other senior public figures are expected to travel to Beijing on Monday for the Communist Party’s centenary
celebrations, marking the first time the chief executive will be out of town for the official commemoration of the city’s 1997 handover.

Carrie Lam Cheng Yuet-ngor is set to meet state leaders during her stay in the Chinese capital, but Beijing is unlikely to drop any hints on whether she will be backed for re-election next March, according to analysts.

The party’s 100th anniversary next Thursday – the same day Hong Kong marks its return from British to Chinese rule – also represents the first time in eight months that President Xi Jinping and Lam will be attending the same public event, the previous occasion being the celebration of Shenzhen’s establishment as a special economic zone.

July 1 comes a day after the first anniversary of the imposition of the Hong Kong national security law.

The Beijing-decreed legislation’s far-reaching impact has resulted in the arrest of ex-lawmakers and activists, as well as the founder, publisher and other senior executives of the tabloid-style newspaper Apple Daily. The associated freezing of HK$18 million in assets key to the tabloid’s operations led to its closure this week after 26 years.

Sources told the Post on Thursday that Lam was likely to fly from Hong Kong to Beijing on Monday, alongside her secretaries for finance, justice and constitutional affairs. Secretary for Security John Lee Ka-chiu, and several heads of disciplined services could also travel to the capital.

“Lam and her delegation will return to Hong Kong on July 1. During her absence, Chief Secretary Matthew Cheung Kin-chung will stay in Hong Kong as acting chief executive,” a source said. “But other details of the trip have yet to be confirmed.”

No other Hong Kong chief executive in the city’s history has missed the handover anniversary events, which include a morning flag-raising ceremony. 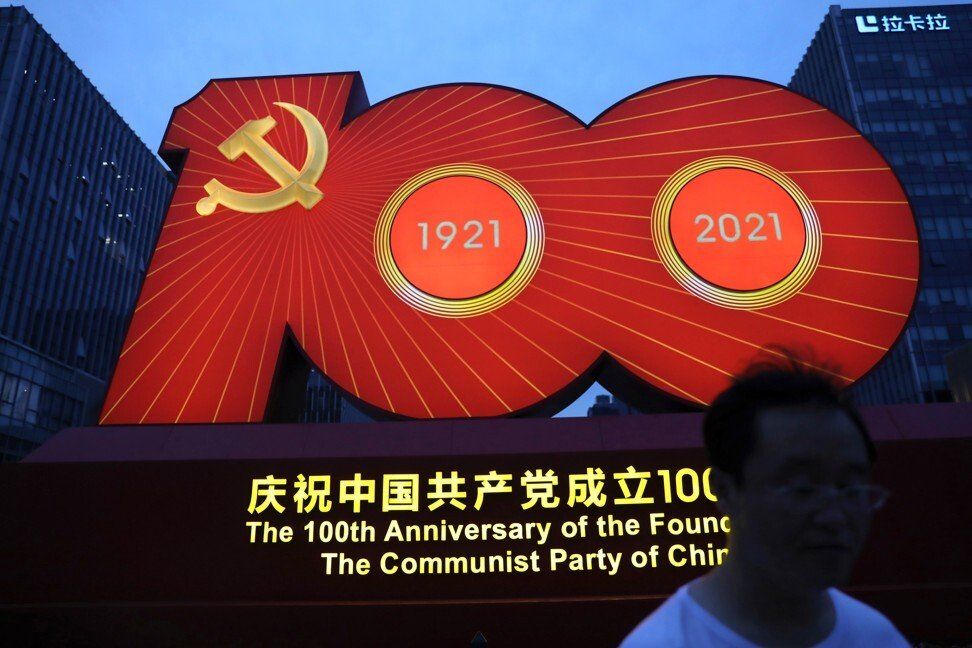 China is preparing to mark 100 years since the founding of the Communist Party.

The weekly meetings of Lam’s de facto cabinet, the Executive Council, as well Legislative Council business, on Tuesday and Wednesday, were likely to be cancelled because many Exco and Legco members would be in Beijing.

Song Sio-chong, professor of Shenzhen University’s Centre for Basic Laws of Hong Kong and Macau, said he expected Lam and Han to meet in person in Beijing.

“But the central government will not drop any hints about the chief executive race because it’s too early,” he said. “Even the Election Committee, which will pick the city’s leader next March, has yet to be formed.”

In February, Lam delivered her annual report to Xi in a virtual meeting, while the president made an important speech highlighting “patriots governing Hong Kong” as a principle fundamental to the city’s stability.

Vice-Premier Han Zheng in Guangzhou was the last Chinese state leader that Lam met in person, on April 22.

Earlier this month, Luo Huining, director of the central government’s liaison office in Hong Kong, for the first time described in unequivocal terms the Communist Party as the architect, leader and defender of the “one country, two systems” governing principle, setting out the most comprehensive statement yet on the ruling party’s authority over the city.

Describing feeling honoured by the invite, Lee said: “I feel grateful about the occasion because China used to be extremely poor, but now Beijing says it has eliminated poverty.”

Some Hong Kong lawmakers have been asked to travel to Shenzhen this Sunday to be tested for the coronavirus, before flying to the Chinese capital.

While most Hong Kong guests will travel next week, more than 10 local delegates to the Chinese People’s Political Consultative Conference, China’s top advisory body, are already in Beijing for this week’s CPPCC’s standing committee.

The local delegates – including CPPCC vice-chairman and former chief executive Leung Chun-ying and former chief secretary Henry Tang Ying-yen – were expected to stay in Beijing for the party’s celebrations on July 1 before returning to Hong Kong.