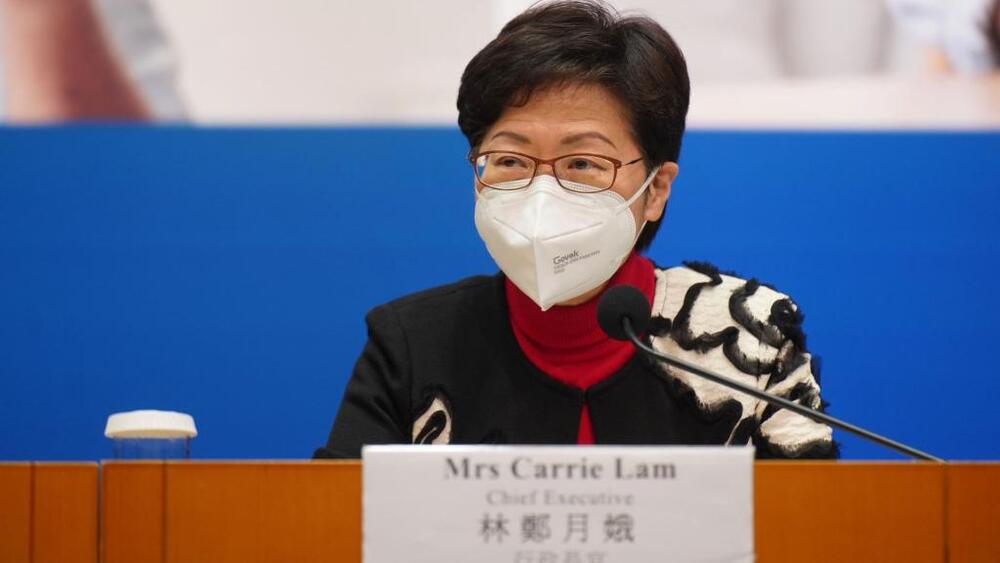 Chief Executive Carrie Lam Cheng Yuet-ngor on Tuesday morning said she would not comment on the manifesto of John Lee Ka-chiu as she eyed completing the reorganization of government structure before the next Chief Executive takes office.
Lee, the sole candidate of the CE election, said when announcing his manifesto earlier that some 20 years of debate on land and housing policies was a “waste of time.”

When asked about her views on the proposal of allowing people to move into public housing as soon as buildings are completed, Lam said she would not give a specific answer.

She said there are only two months left of her term, and she hoped to have a chance to conclude her work later, but she will not comment on the content of the manifesto of the next government or CE candidates.

Meanwhile, Lam also said the government is to complete reorganization before the next Chief Executive takes office, so by next Sunday, when there is an elected person, she will start the paperwork, including the organizational chart and financial arrangements, and hand it to the Office of the Chief Executive-elect for implementation.

She said it will then be handed over to the Establishment Subcommittee, and a government motion will be submitted for re-allocation of statutory functions.

Lam said there is not much time left for it, but under the principle of “patriots governing Hong Kong,” she believed that all the lawmakers are patriots and is confident that the goal could be reached.

In addition, as for abolishing the Mandatory Provident Fund offsetting mechanism, Lam said it depended on the Legislative Council as the government has already submitted a bill.

She said the view of a moratorium recently was “unexpected,” adding that “it has already reached an agreement.”

She also said the electoral reform is much more complicated but was completed in 44 days since it was first proposed, calling on the council to contribute to labor rights.
Add Comment