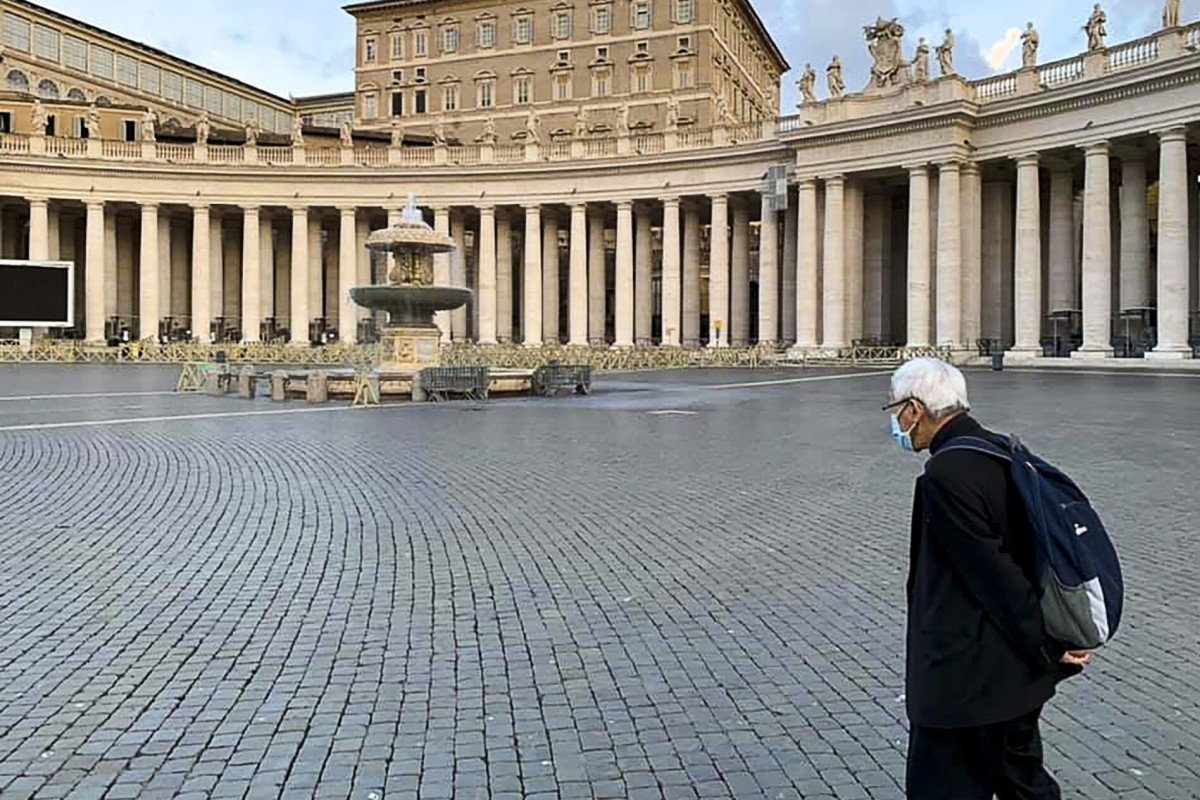 Zen says he delivered a letter to Rome last week but was unable to meet the pontiff.
Outspoken retired bishop Cardinal Joseph Zen Ze-kiun has made a personal appeal to Pope Francis,hand-delivering a letter to Rome urging him to leave politics out of the selection of Catholic bishops in Hong Kong.

Zen who is under residential quarantine in Hong Kong after returning from Rome last week said he was “a little disappointed” that he did not see the Pope in person because pandemic restrictions limited him to five days in the city.

“I waited for a few days for an opportunity to meet [the Pope]. He was busy so I didn’t expect he would receive me at last-minute notice. The most important thing is that I have hand-delivered my letter to his secretary to make sure it will reach his hands,” Zen told the South China Morning Post on Wednesday.

“I’m concerned that the Hong Kong diocese has been without a bishop for over a year and a half and the right appointment has yet to come forth. This is not fair to Hong Kong diocese and Cardinal [John] Tong who should have retired like me but has been serving as a replacement the entire time.”

Media reports suggested that Zen was not granted a meeting with the Pope because of the sensitivity of the timing – the Vatican is discussing with Beijing renewal of a provisional power-sharing agreement on the ordination of bishops in mainland China.

Earlier this week, the Pope also cancelled a planned meeting with US Secretary of State Mike Pompeo, saying he did not want to appear partisan before November’s US presidential election.

Zen said the aim of his trip was to deliver his letter which appealed to the Pope to choose a bishop for Hong Kong who could “stand in the interests of Hong Kong’s Catholic community”.

Zen, one of the Pope’s fiercest critics, said he was concerned the church would pick someone who might take a pro-Beijing position.

“It is a difficult position but politics should not be part of his consideration for Hong Kong’s next bishop. It should be on religious grounds only,” he said. “But it seems the Vatican cannot make up its mind.”

The Hong Kong diocese has been without a permanent bishop since January last year when then-bishop Michael Yeung Ming-cheung died from liver cancer.

Since then, Cardinal John Tong Hon, Yeung’s predecessor who retired from the post in 2017 and is now 81, has been the diocese’s apostolic administrator as part of a transitional arrangement that was supposed “to last a very short time”, according to earlier media reports.

His appointment last year came after Beijing and the Holy See reached their provisional agreement and the move was seen as an attempt by the Vatican to buy time to find a suitable candidate who is acceptable to Beijing. But those prospects have been complicated by last year’s anti-government protests in Hong Kong and the imposition of the national security law in the city.

It remains uncertain when the Pope would select a bishop for Hong Kong.
#Pope Francis
Add Comment