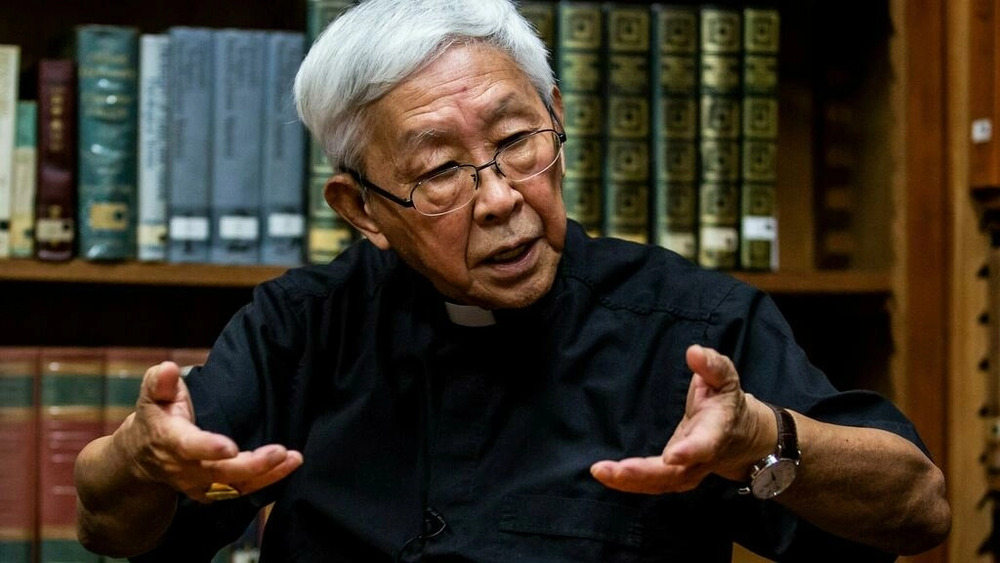 The arrest of a 90-year-old Catholic cardinal under Hong Kong's national security law has triggered international outrage and deepened concerns over China's “crackdown on freedoms” in the financial hub.
Retired cardinal Joseph Zen, one of the most senior Catholic clerics in Asia, was among a group of veteran democracy advocates arrested Wednesday on a National Security charge of colluding with foreign forces.

Cantonese pop singer Denise Ho, veteran barrister Margaret Ng and prominent cultural studies scholar Hui Po-keung were also arrested, the latter at the airport as he attempted to travel to Europe to take up an academic post.

The four were detained for their involvement in a now-disbanded defense fund that helped pay legal and medical costs for those arrested in the huge and sometimes violent democracy protests that convulsed Hong Kong three years ago.

China responded to the protests with a broad campaign to subdue the democracy movement and transform the city into something more closely resembling the mainland.

Zen and his colleagues, who were released on bail late Wednesday, join more than 180 Hong Kongers arrested under the national security law to date.

Those charged are typically denied bail and can face up to life in prison if convicted.

Criticism came from Western nations who have accused China of eviscerating freedoms it once promised Hong Kong could maintain.

The United States, which has previously sanctioned key Chinese officials over the ongoing crackdown, called on Beijing to "cease targeting Hong Kong's advocates".

The Vatican said it was concerned by Zen's arrest and "following the development of the situation very closely".

Canada, meanwhile, said consular officials were trying to access Ho, a popular singer and LGTBQ campaigner who is a dual Hong Kong-Canadian national.

"The ongoing targeting of civil society groups erodes the rights and freedoms of Hong Kong residents guaranteed under Hong Kong’s Basic Law," she wrote on Twitter.

Cardinal Zen fled Shanghai for Hong Kong after the CCP took power in China in 1949 and rose to become bishop of Hong Kong.

He has been critical of the Vatican's decision to reach a compromise with China over the appointment of bishops on the mainland and a long-term advocate of Hong Kong's democracy movement.

Those arrested Wednesday were suspected of endangering national security because they allegedly asked foreign nations or overseas organizations to impose sanctions on Hong Kong, police said.

The alleged crimes included funding lobbying trips and activist meetings with British lawmakers, providing financial aid to Hong Kong "rioters" who had fled to Canada and Taiwan, and accepting donations from overseas.

It also listed a HK$1.3 million (US$165,000) donation from Apple Daily, a popular pro-democracy tabloid that collapsed last year after its assets were frozen by the security law.

But most of the alleged actions cited by Ta Kung Pao took place before the enactment of the national security law, which is not supposed to be retroactive.

Reporting in the paper and its sister publication Wen Wei Po often heralds action by Hong Kong's national security police, and the defense fund has previously been a target of coverage.

The fund disbanded last year after national security police demanded it hand over operational details including information about its donors and beneficiaries.
Add Comment