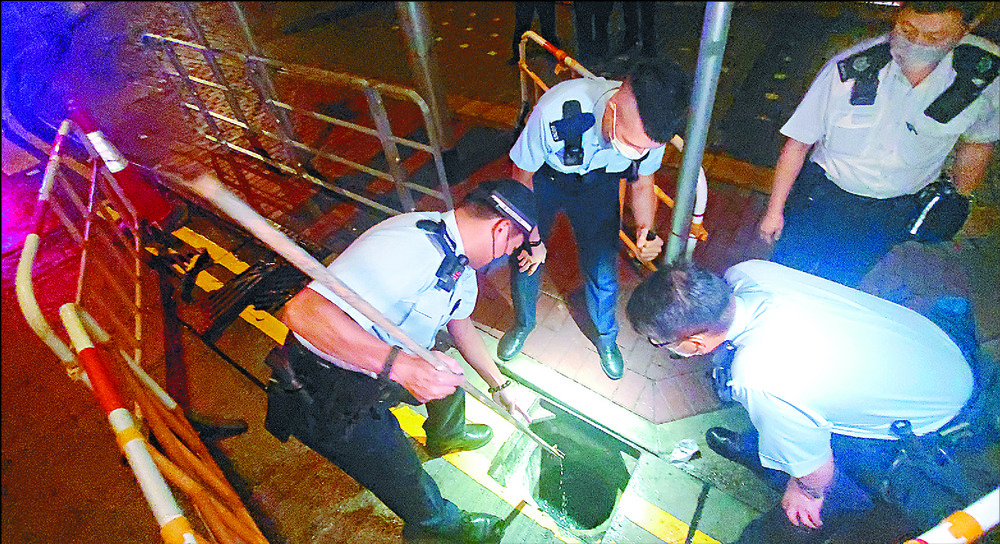 Police are looking for a driver in connection with a hit-and-run on Monday night that saw a 14-year-old hospitalized in a critical condition.
The student was found unconscious and covered in blood on Castle Peak Road near Fui Sha Wai. He remained unconscious as of 3pm yesterday.

He was taken to Tuen Mun Hospital, where he was found to have sustained severe head and hand injuries.

According to closed-circuit television footage, he was walking across a pedestrian crossing when a dark-colored sedan car jumped the traffic lights and hit him, sending him airborne for 10 meters while the car sped toward Tuen Mun.

At 3.26am yesterday, police received a report from a security guard that a Audi sedan was on fire at Wong Kong Wai Road in Tuen Mun, three kilometers away.

Witnesses had heard an explosion before seeing the vehicle in flames and calling firefighters.

Much of the vehicle has been burned, with only the hood remaining intact enough to see signs of damage and dents to the radiator grille.

The police have compared the car fragments between the hit-and-run incident in Yuen Long and the scene of the arson in Tuen Mun, and confirmed a match.

The owner of the car was arrested but was then found not to be the driver at the time of the incident.

Police are continuing to follow up on the case by searching for the driver.

Some 10 traffic police and Yuen Long criminal investigation department officers returned to the scene of the hit-and-run incident for further inspection yesterday morning, and examined the CCTV footage at the village office in Fui Sha Wai.

The 14-year-old student, Pang Lei-wai, was still in a critical condition.

According to one of his neighbors, Tang, the teenager and his parents have lived in Fui Sha Wai village for nearly 20 years.

Pang is a "well-behaved and hardworking" student at a Yuen Long public secondary school and usually attends tutoring classes after school, she said.

Tang said she felt deeply saddened over his injuries and hoped he would recover soon.
Add Comment