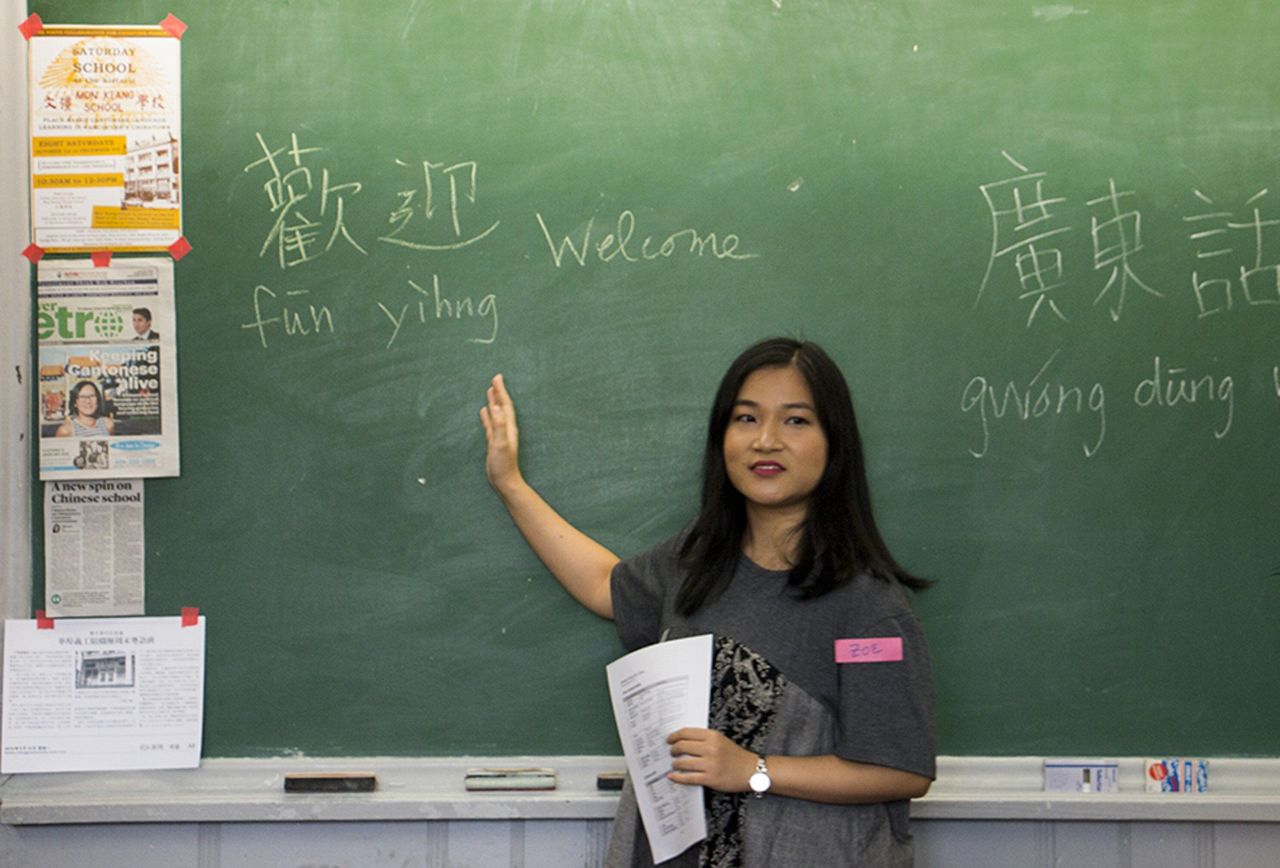 Cantonese is far from dead. It’s cooler than Mandarin and has cult status

Mandarin may have 10 times as many speakers but Cantonese is a one-of-a-kind linguistic art form, a cult Chinese language, and in no danger of an imminent demise.

Every so often, we hear the “death knell” sounded for the imminent demise of Cantonese, as more and more speakers are trading it in for Mandarin.

Just like Welsh and Hawaiian – both of which were nearing extinction around 30 years ago – Cantonese speakers are currently in decline.

To quote a famous Chinese saying that’s popular among Cantonese people: “There are no never-ending banquets in the world”, which means nothing lasts forever and everything will eventually come to an end.

Cantonese has already been around for 2,000 years and is still spoken by at least 80 million people around the world. If we look at its lifespan up to this point and view it under the concept of forever, it has done impressively well.

I don’t think that with 2,000 years under its belt, Cantonese is in imminent danger of disappearing any time soon. But then again, the definition of “imminent” is relative when we are talking about a language as old as Cantonese. So, is it on the brink of extinction, or is just going through a down period?

Cantonese is undeniably a one-of-a-kind linguistic art form. Many people who are not native Cantonese speakers choose to learn the language because they are attracted by its linguistic characteristics as well as its “flavour”, which is both archaic and modern. It gives the speaker intriguing insights into the past, present, and maybe even the future of Cantonese culture.

Speaking of flavour, I think Cantonese is a delicious language, and is an acquired taste for some new learners.

Some Cantonese supporters are concerned that the language might become lost one day or fade with the rise in popularity of Mandarin (aka Putonghua).

Judged purely by numbers, Cantonese is a minor Chinese tongue as Mandarin has 10 times more speakers. But in this linguistic puzzle, the question of survival is not just about increasing the number of speakers but also improving its quality and maintaining its uniqueness. If Cantonese can’t win by sheer quantity, it can surely take the crown by flaunting its unique qualities.

Consider the following. In Hollywood movies, besides hearing foreign stars blurting out the occasional phrases in Mandarin, we often hear them uttering Cantonese phrases too. So, no doubt, Cantonese is up there in the Chinese-language league table with Mandarin.

And if Mandarin wins hands down in terms of the number of speakers, Cantonese can surely secure a top spot with its quirkiness, edginess and unpredictability. 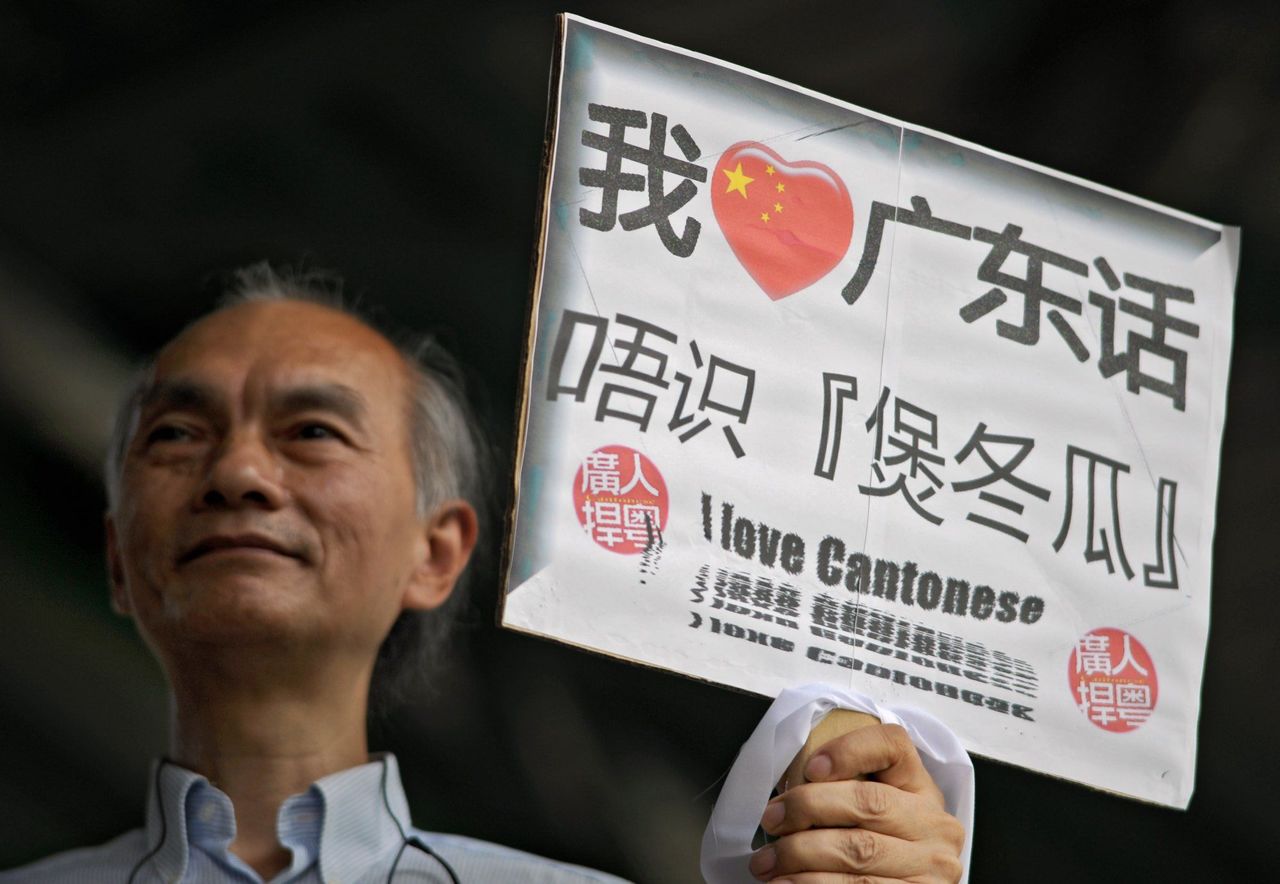 A man declares his love for Cantonese, and disdain for Mandarin, on a placard.

Languages are like fashion. Their existence is only endangered when there is an alternative that is perceived to be more “trendy” and therefore desirable.

There is no sudden death of a language; the process is often slow and gradual before it falls out of favour, becomes sidelined and dies a quiet death in the shadows.

Sometimes a language is lost because of neglect. This means that it stops evolving and keeping up with changing times and tastes, thus consigning itself to the dustbin of history.

But thankfully, that’s not Cantonese. It moves in tandem with social trends, reflects societal changes and individual tastes, and grows with each new generation of speakers. I don’t think there is any language in the world that’s as nimble and ever-changing as Cantonese.

Some old languages died because of a lack of national policies to support, promote or rejuvenate them. Languages also tend to disappear when they are pushed to the back seat of an education system and no longer used as a medium of instruction.

But with Cantonese, you can’t put a lid on it, stymie its growth or uproot it. Cantonese is in the blood of so many people living in Hong Kong, in southern China, and across the rest of the world.

The continuation of Cantonese literacy lies not in its prevalence, but its cult status in Chinese culture.

The long-term fate of Cantonese is in the hands of every Cantonese speaker and Cantonese-language enthusiast who is willing to continue to breathe new life into it. We need these people to keep injecting new ideas into it, spread the word and keep its evolutionary wheel moving.

So, let’s not take that supposed “death knell” too seriously. I can say with absolute confidence that Cantonese will be on the up in the next decade. Everything has its peaks and troughs, and this is just another one of those things running its natural course.