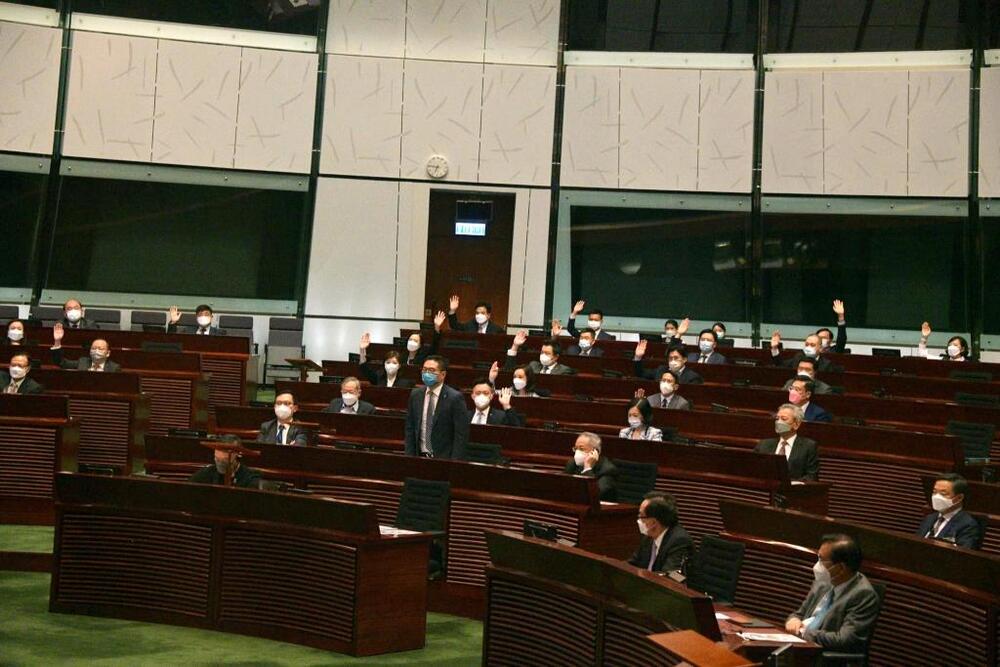 With 72 votes for, 5 votes against, and 12 abstentions, the Legislative Council on Thursday passed the third reading of a bill canceling the Mandatory Provident Fund (MPF) offsetting mechanism.
After the bill takes effect, employers can no longer offset employees' severance payments or long-service payments against the MPF derived from the employers' mandatory and voluntary contributions.

The mechanism will only be canceled starting from 2025 once the bill is officially passed, allowing plenty of time for the commerce sector to prepare itself.

The government said it has set aside HK$33.2 billion of 25-year financial support focusing on small and medium enterprises, with a cap on expenses for most employers in the first nine years.

After passing the amendment, the government will "draw a line" to specify the date when the mechanism takes effect, and there will be no retroactive period.

Liberal Party's vice-chairmen Peter Shiu Ka-fai, who opposed the bill, said he hoped there would be no labor conflicts after its passage.

Lawmaker Michael Lee Chun-keung also said it was not time to cancel the offsetting mechanism as the city may see another wave of the Covid-19 pandemic.

However, Federation of Trade Unions' Michael Luk Chung-hung said the abolition could restore the original function of the MPF system.

On the other hand, lawmaker Stanley Ng Chau-pei said it was a pity that the bill did not mention the effective date of canceling the offsetting mechanism, and he could not understand why it could only be abolished after the implementation of the eMPF Platform.

Chief Executive Carrie Lam thanked employers and employees for striving to build a consensus on abolishing the "offsetting" arrangement over the years. She also thanked the bureaux and departments for their perseverance in resolving this thorny issue.

Law Chi-kwong, Secretary for Labour and Welfare said the passage of the bill is a "historic moment and an important milestone in improving retirement protection of employees."

Ayesha Macpherson Lau, Chairman of the MPFA, said, "MPF is one of the important pillars of the retirement protection system in Hong Kong."

She said the abolition of the offsetting arrangement carries a significant meaning in further refining the MPF System, strengthening the retirement reserves of the working population, and enhancing the effectiveness of the retirement protection outcome."
#COVID-19  #Covid
Add Comment