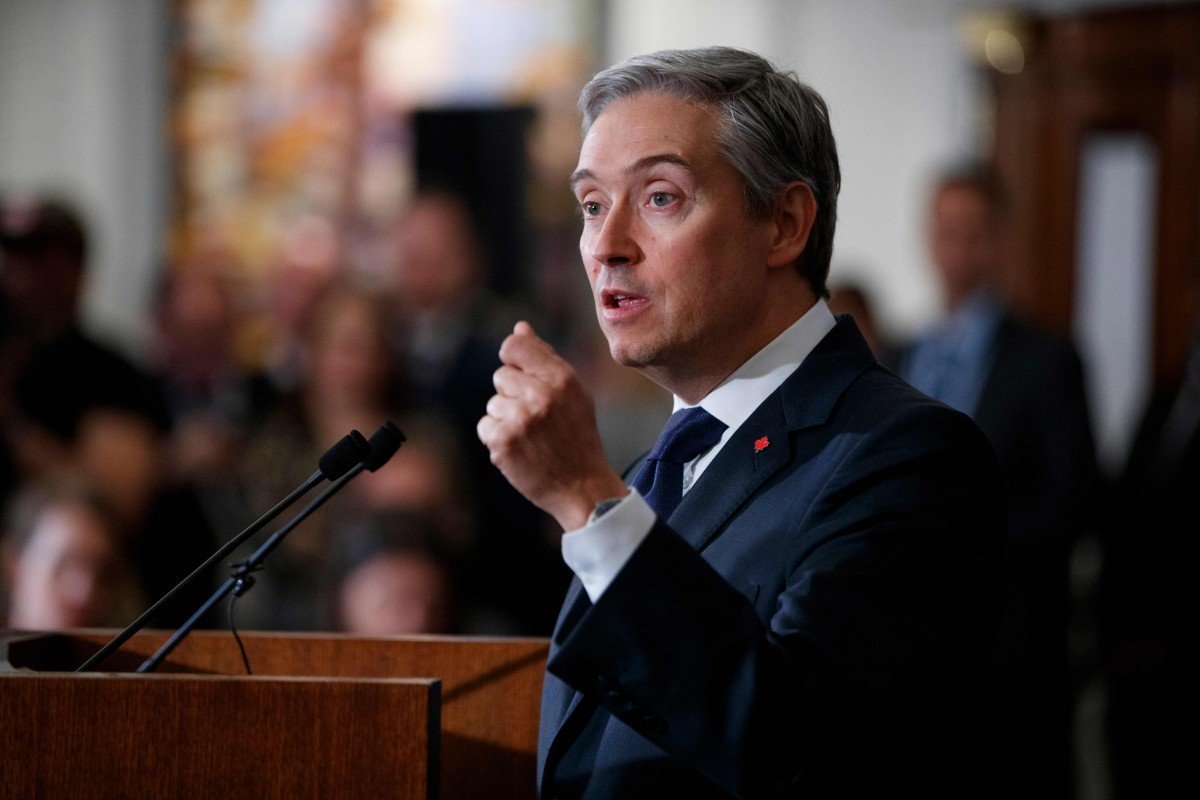 Foreign Minister Champagne also said Ottawa would not permit the export of sensitive military items to the financial hub. The law has prompted a spike in inquiries from Hong Kong families looking to move to Canada, but the country’s strict border closures make it hard to get in
Canada is suspending its extradition treaty with Hong Kong in the wake of China’s move to impose national security law on the former British colony, a top official said on Friday.

In a statement, Foreign Minister Francois-Philippe Champagne also said Ottawa would not permit the export of sensitive military items to Hong Kong, which is home to around 300,000 Canadians.

Champagne condemned the “secretive” way the legislation had been enacted, “without the participation of Hong Kong’s legislature, judiciary or people, and in violation of international obligations”.

“This process demonstrated disregard for Hong Kong’s Basic Law and the high degree of autonomy promised for Hong Kong under the ‘one country, two systems’ framework,” he said.

“Hong Kong’s role as a global hub was built on that foundation.”

Without it, Champagne said Canada had been forced to reassess existing arrangements.

Separately, Prime Minister Justin Trudeau told a briefing that Canada could take further measures, including those related to immigration, but gave no details.

Champagne said Canada would continue to support “meaningful exchanges” with Hong Kong, “while standing up for the people of Hong Kong.”

Meanwhile, the new legislation has prompted a sharp uptick in inquiries from Hong Kong families looking to relocate to Canada, but the North American nation’s strict Covid-19 border control measures are making it nearly impossible to get in, immigration lawyers said.

Even before the law took effect this week, refugee claims from Hong Kong in the first three months of 2020 nearly tripled to 25 compared with nine in all of 2019 and just two in all of 2018, Canadian government data shows.

Admissions of new permanent residents from Hong Kong jumped 75.7 per cent in January and February 2020 compared to the previous year, as Beijing’s crackdown on pro-democracy protesters escalated.

Claims from all countries have plunged since March amid Covid-19 closures.

Canada was a preferred destination for Hongkongers who fled the city ahead of the British handover to China in 1997, and some 300,000 people in Hong Kong hold Canadian passports.

Most who came in the 1990s have left and interest in relocating from Hong Kong to Canada has been tepid in recent years.

But in the days since China imposed the security law, Vancouver immigration lawyer Richard Kurland has found himself consulting people by phone, email and Zoom on how to get from Hong Kong into Canada.

“This week is the game-changing week with the new security law,” said Kurland. “Now families are taking things seriously.”

Moving to Canada will not be as easy as it was in the 1990s. A programme that allowed wealthy foreigners to buy admission to Canada was scrapped in 2014. And the border is currently closed until at least the end of July due to the coronavirus pandemic, with only citizens, permanent residents and others deemed essential allowed in.

“Until the travel restrictions are lifted from Covid-19, I can’t imagine how someone would manage to even board a flight at this point,” said Toronto immigration lawyer Chantal Desloges.

Desloges said that once the border reopens, Hong Kong residents could come to Canada and claim refugee status, but they would need to show that there’s a serious chance of them personally being persecuted.

“So if you’re a political dissident … somebody who has participated in public protests against China, that could be a very legitimate claim,” she said.

Desloges said that Hong Kong passport holders granted Canadian permanent resident status in the 1990s could petition to have their status reinstated – and they’d be able to live in Canada while the case was considered.

Kurland said many families he is speaking with plan to sell assets in Hong Kong to fund sending adult children to Canada on study visas, a multi-year path to citizenship.
#COVID-19  #Covid  #Coronavirus
Add Comment