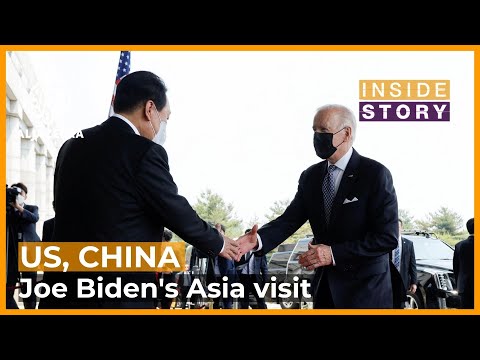 Can the U.S. 'pivot to Asia' as the war in Ukraine rages on?

It's a decade after Barack Obama announced a "pivot to Asia". Successive US administrations have talked about China's growing economic, diplomatic and military clout.
A year ago, U.S. Secretary of State Antony Blinken said China represented America's "biggest geopolitical test of the 21st century".

But troubles elsewhere have obscured the planned focus on Beijing, and now the U.S. is stepping up support for Ukraine in its war with Russia.

Is that conflict challenging the United States' long-sought strategic and economic shift to Asia, as Joe Biden makes his first visit to the region as president?
#Joe Biden
Add Comment