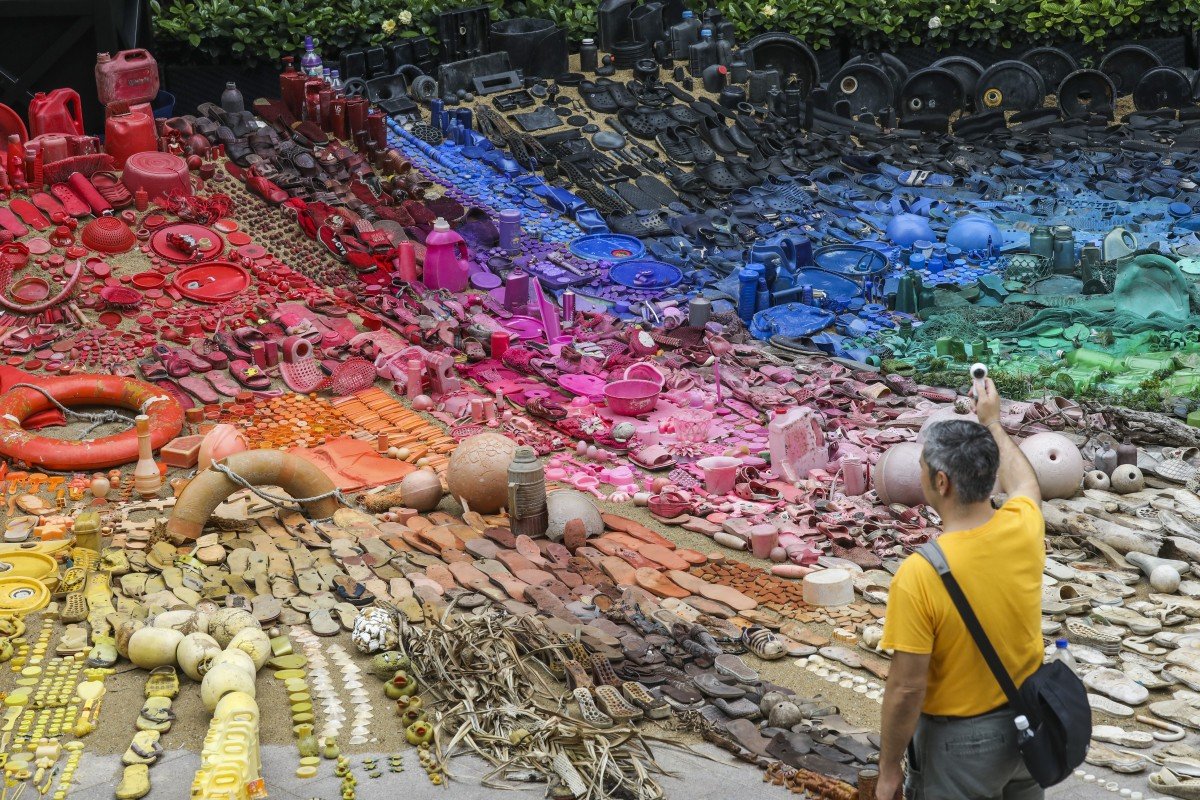 With China shutting its doors, can Hong Kong find a way out of its waste crisis?

Not only has Hong Kong failed to cut waste disposal to 0.8kg per person per day, a target set in 2013, the amount of waste produced per capita has steadily risen since then

The 2018 waste statistics are out, and once again, Hong Kong has failed to make any headway in reducing the waste we produce. According to the latest data, we were producing 1.53kg of waste per person per day – Typhoon Mangkhut was just a tiny blip.

In 2013, the Environment Bureau launched the “Hong Kong Blueprint for Sustainable Use of Resources 2013-2022”, aiming to cut the city’s waste disposal rate down to 0.8kg per person per day by 2022.

Not only are we nowhere closer to the target today, we have in fact been moving further away from it every year.

Of note, we see a substantial increase in the disposal rate of plastic waste from the commercial and industrial sectors. This matches with the drastic drop in plastic recovery, which has plummeted from 13 per cent in 2017 to 7 per cent in 2018.

While the government did not directly point to any parties to explain the fall in the volume of recycled plastics, it should be fairly evident that this is a result of China’s ban on the import of waste, including plastics, since the start of 2018.

Before the ban, China had been taking in the lion’s share of global plastic waste export, absorbing over 50 per cent. With China now halting most waste imports, developed economies have turned to countries in Southeast Asia instead, including Malaysia, Thailand and Vietnam.

Sadly, our appetite for plastic is far too great, and the volume of displaced plastic waste is much larger than the region can process alone. Much of the imported waste ends up being incinerated or disposed in the landfills of recipient countries. Many Southeast Asian countries are now feeling China’s headache and are moving to ban waste imports as well.

Back in Hong Kong, the volume of plastic waste we produce may be relatively minuscule in comparison with the global scale, but it is a problem that we must tackle.

As more countries bar the import of waste, the government must help strengthen the local recycling industry to process our own plastic waste. We also need strong policies, such as a producer responsibility scheme on plastic packaging, to wean us off plastics and other waste.

The municipal solid waste charging scheme, which is supported by 96 per cent of the district councillors who responded to our survey, is equally important and should be approved as soon as possible.
We must make dramatic changes if we are to solve the ongoing waste crisis.