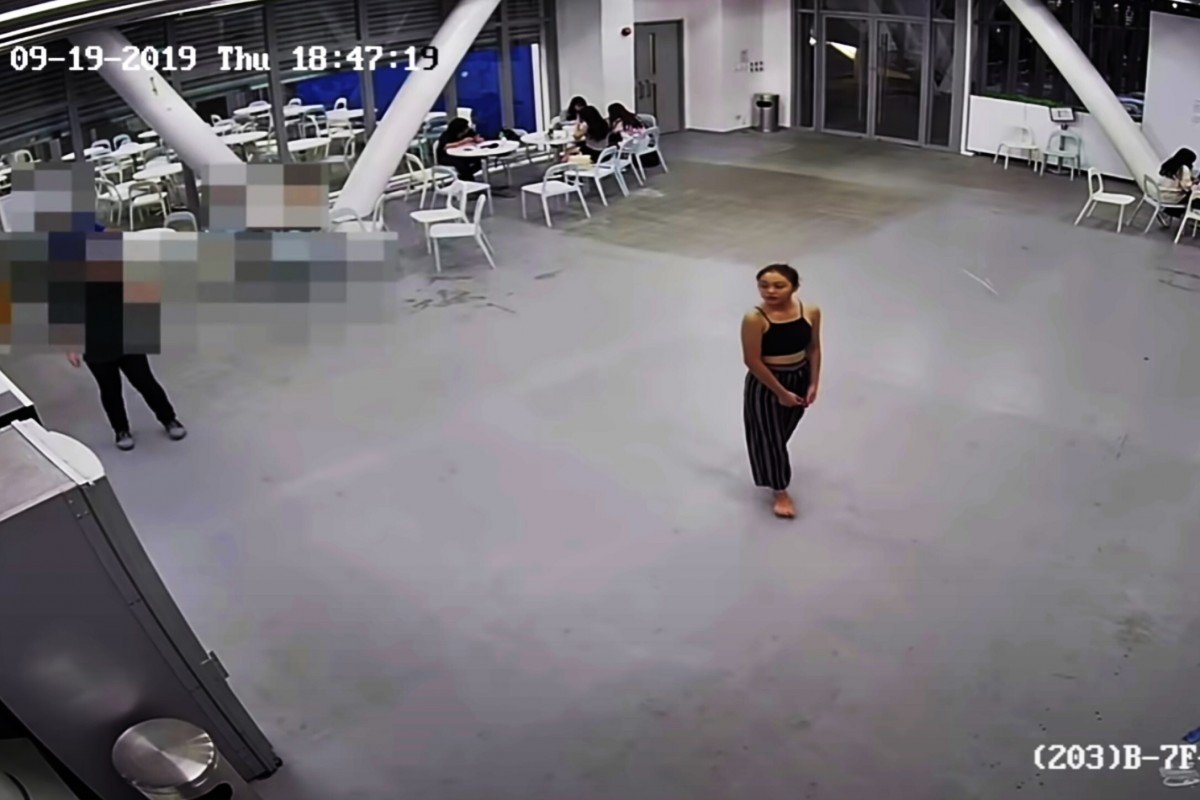 A 15-year-old girl found dead at sea last September left her shoes inside her school before walking barefoot towards a nearby housing estate and disappearing, new evidence has revealed.

The Coroner’s Court on Friday saw additional CCTV footage of Chan Yin-lam inside the Hong Kong Design Institute’s Tseung Kwan O campus at 6pm on September 19, one hour before she went missing.

Chan, a student at the institute, returned to campus at 5.50pm after leaving school with her friends in the afternoon, then spent 70 minutes wandering the school premises before leaving without any footwear at 7pm, the court heard. She was last seen on camera walking towards a nearby housing estate. 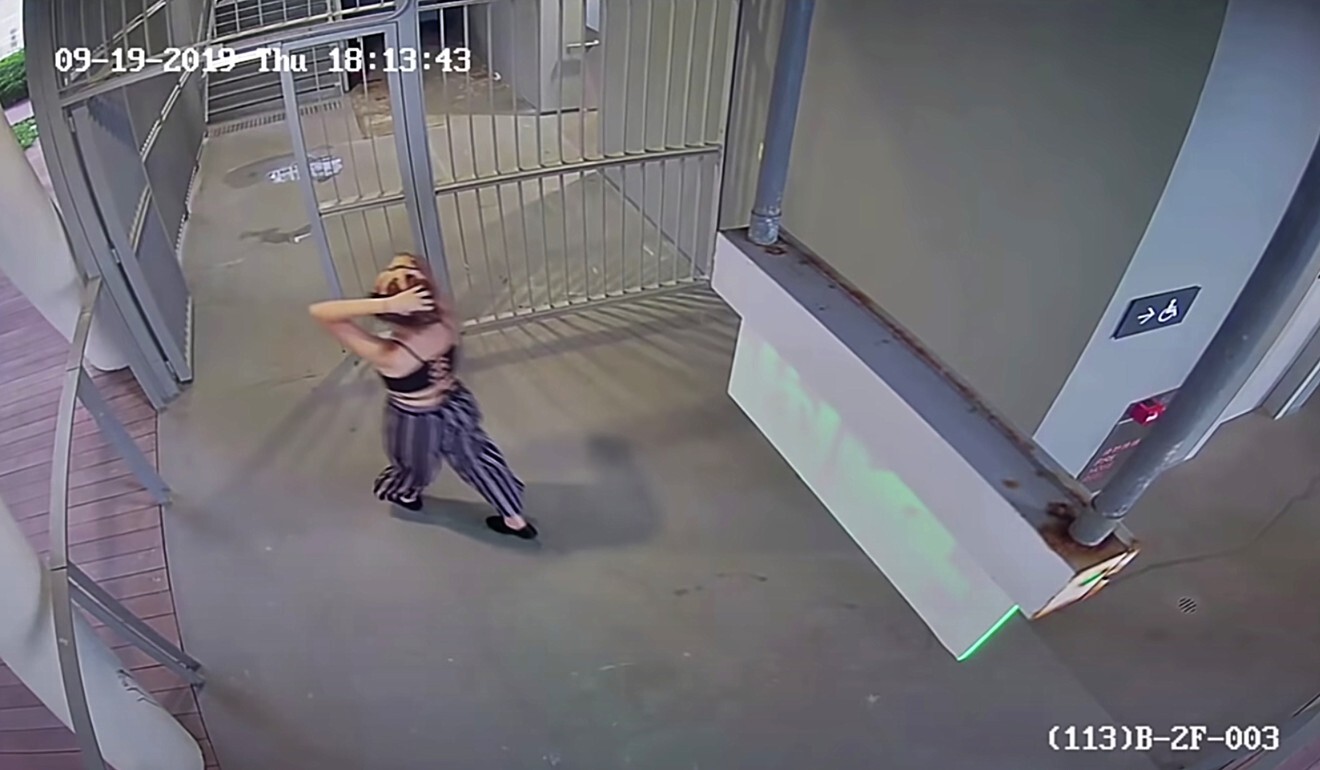 New CCTV footage given to the Coroner’s Court by police on Friday showed 15-year-old Chan Yin-lam walking with shoes at one point (pictured), then barefoot only a minute later

Her body was found off the waters of Tseung Kwan O three days later.

In a 30-minute compilation of footage previously played in court, Chan was seen looking around and smiling, pressing lift buttons without entering the lifts, and moving a warning sign on the floor for no apparent reason.

A forensic scientist on Thursday told the court she believed Chan might have been experiencing a psychotic episode, though doctors who appeared at earlier hearings had diagnosed the teen with oppositional defiant disorder, marked by irritability and argumentative behaviour.

Detective Constable Lee Ho-kit, who put the footage together, earlier said it did not show all of the teen’s behaviour on campus that day, as parts deemed irrelevant to the investigation were left out, adding his team did not have the time to review the entirety of the 300 hours of footage taken from school cameras.

But police submitted supplemental footage from the school on Friday, offering a closer look into the girl’s actions as she walked around the premises.

One segment showed Chan moving down a staircase of the Lee Wai Lee Building at around 6pm, reading a poster and carrying her mobile phone and belongings. When she walked past a camera on the sixth floor, she set her possessions down on a step, took two steps downwards, then picked them up again. Chan Yin-Lam, 15, with family members. She was found dead at sea last September in the waters off Tseung Kwan O.

A few minutes later, she could be seen walking past a camera on the second floor of the campus’ block A. She made a U-turn in 30 seconds’ time and reappeared on the same camera, but empty-handed.

The court heard earlier that her belongings, including the phone and poster, were found on a bench on the podium floor of block B.

Another piece of footage showed Chan walking upstairs to the 10th floor of block C at around 6.30pm, pushing a janitor’s cart next to the staircase without purpose, then walking past the lift lobby and moving up another floor via a rear staircase.

She returned to the 10th floor via the same staircase a minute later with her shoes on, only to appear barefoot in the lift lobby within the next minute. The court was told there were no cameras along the corridor connecting the rear staircase and the lift lobby.

A minute later, Chan moved upstairs via the front staircase and proceeded to the entrance of the rooftop. She tried to open the double-leaf door, only to find it locked. She then took a peek through the gap before walking down.

Lee, the officer, said Chan’s shoes were nowhere to be found.

The inquest continues on Monday, when a government chemist will testify about supplemental medical findings.