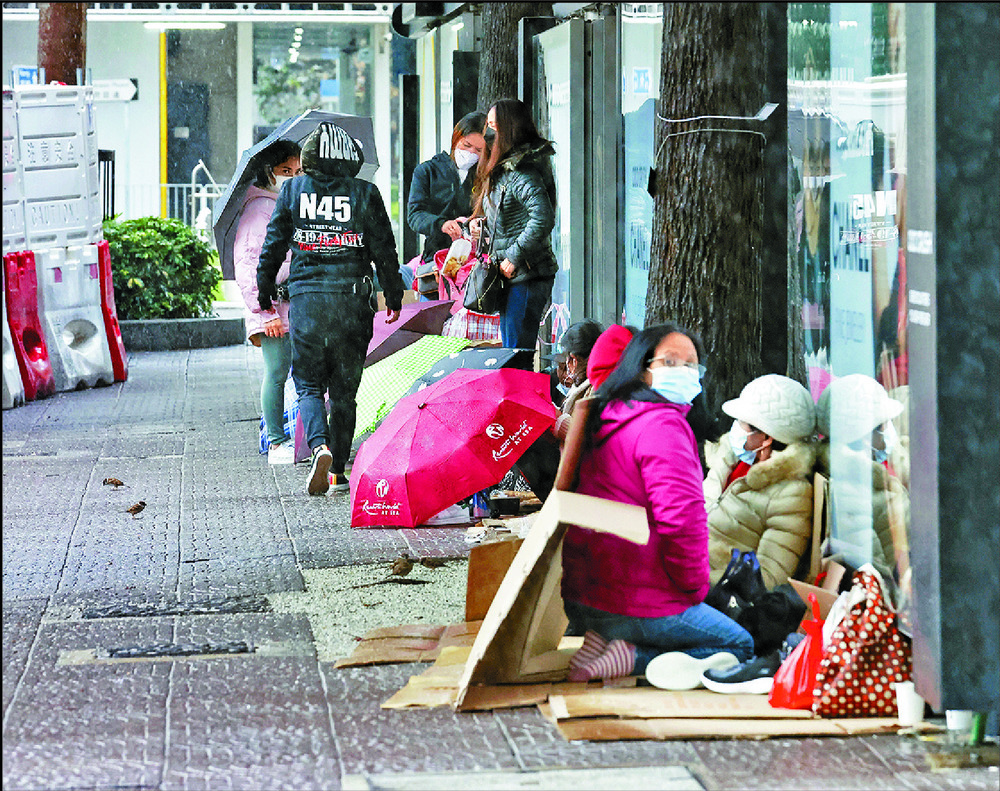 Calls for action as 'inhumane' care of helpers blasted

Concern groups yesterday called for action from SAR and Philippine authorities over the "inhumane" sackings of foreign domestic helpers after they tested positive for Covid-19.
Their appeals came as another 20 helpers tested positive in the week leading up to Monday, according to official figures. This brings the tally of infected helpers up to 60.

The SAR office of the Philippine labor department, in a statement, said "60 overseas Filipino workers have tested positive, 49 of whom are asymptomatic and in community isolation, nine are symptomatic and in hospital while two have recovered."

"Compared to nongovernmental organizations who have done more to respond to the crisis, [the government] is in a better position to arrange temporary isolation centers for our workers."

Balladares Pelaez added: "We speak out strongly against those employers who kicked their workers out of their homes when they get infected. This is inhumane."

Mission for Migrant Workers' Edwina Antonio-Santoyo said volunteers yesterday had to "rescue" a Filipina who had been staying outside the Kai Tak community hall testing center after she was fired following a positive test result.

Six sacked helpers at the airport also called the mission for help yesterday. The mission brought them HK$500 each and a pack consisting of power banks, vitamins and noodles.

The swab test costs HK$400 at the airport and a visa extension for one day costs HK$240, Santoyo said, adding that the visas of the six expired yesterday.

On Monday, the consulate posted on social media a report that said as a result of a collaborative intervention with the Labour Department and nongovernmental organizations, 23 Philippine nationals who requested assistance for hospital admission or an isolation room after testing positive "are now safe and staying in an isolation facility."

Tejada added that Philippine nationals have been reminded to exercise care during their days off.

The Philippine labor department also said in a statement yesterday that "the Philippine overseas labor office, through the overseas workers welfare administration, provided US$200 (HK$1,560) to qualified overseas foreign workers. An additional US$200 was provided to workers with concerns regarding quarantine facilities."

It added that it was closing its office in Admiralty's United Centre until further notice "due to exposure to a Covid-19 positive client" and "for the safety of the transacting public."
#COVID-19  #Covid
Add Comment