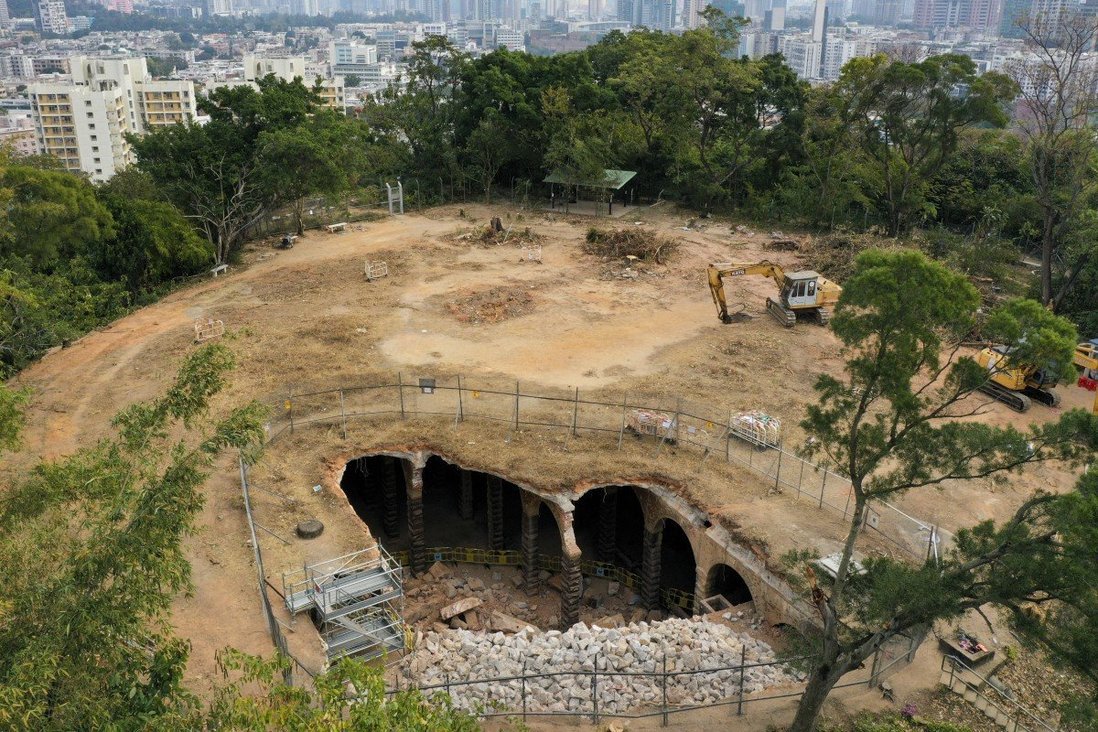 Antiquities Advisory Board member Vincent Ho says official terminology may have caused misunderstanding due to a broad description used for structures.

Heritage advisers and architects in Hong Kong have urged the government to learn from its blunders and engage the public actively after the near demolition of a century-old underground reservoir caused an uproar.

A week after officials halted works to tear down a reservoir structure in Shek Kip Mei and promised to devise a strategy for its preservation, past and present members of the Antiquities Advisory Board (AAB) held a press conference on Tuesday to reflect on the incident and make suggestions for revitalising the site.

Last week, Commissioner for Heritage Ivanhoe Chang Chi-ho explained that government-appointed advisers at the AAB had originally decided at a meeting in March 2017 that structures called “water tanks” in general were not worthy of preservation. Subsequently, the Antiquities and Monuments Office (AMO) staff did not object to the demolition of the Bishop Hill reservoir.

But AAB member and surveyor Vincent Ho Kui-yip said there was no record of discussion of the Bishop Hill site, although board members did briefly discuss the fate of another water tank on Hong Kong Island at the said meeting. 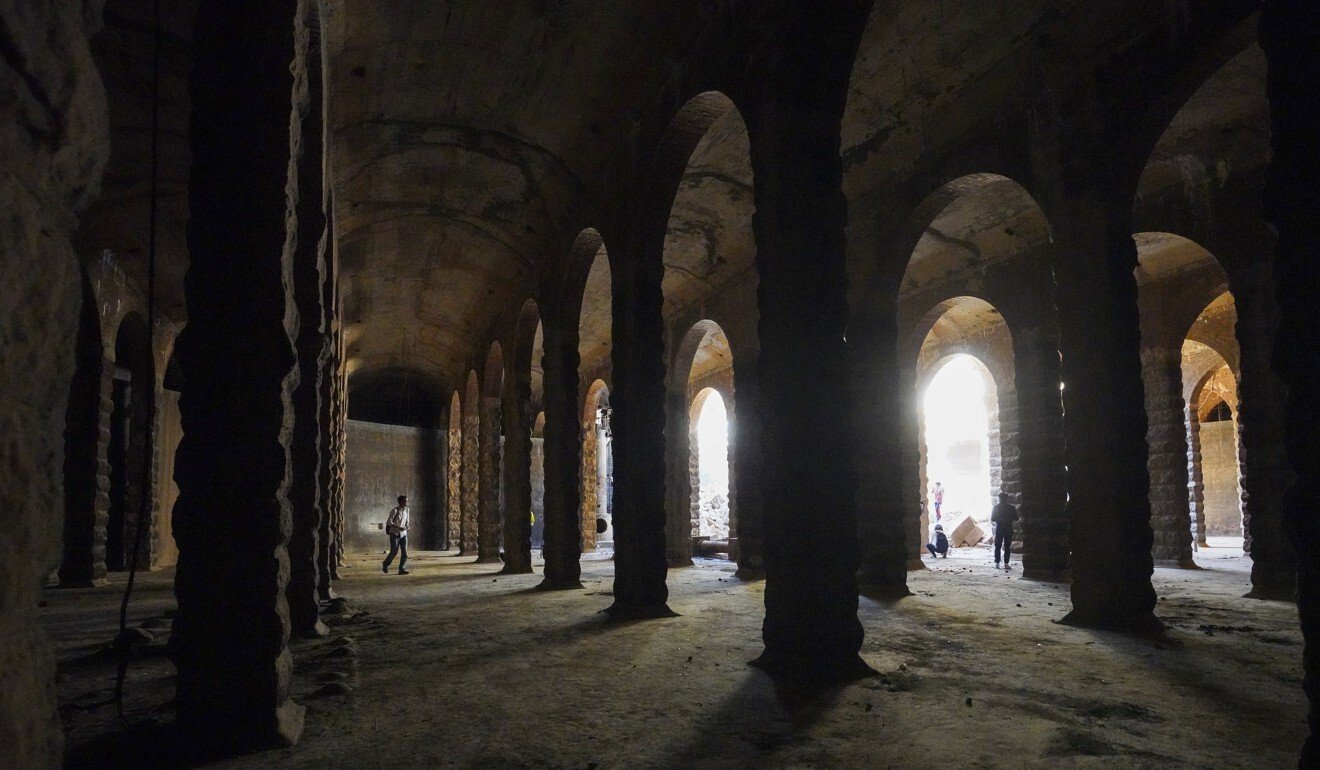 The stone-and-brick arch structure was built in 1904.

Ho recalled that at that meeting, there was a consensus that 31 items, including a water tank near the University of Hong Kong, were “non-building structures” and therefore would not be graded for conservation.

Hence, when engineers from the Water Supplies Department told civil servants of the AMO on another occasion that the Bishop Hill structure was also a water tank, the AMO could have applied the same AAB resolution on the structure, deciding there would not be any objection to its demolition.

But that was a “wrong judgement”, Ho said.

“They might have had a misunderstanding due to a rather broad description used for water tanks, without any reference to their scale, age or type of construction,” he said. 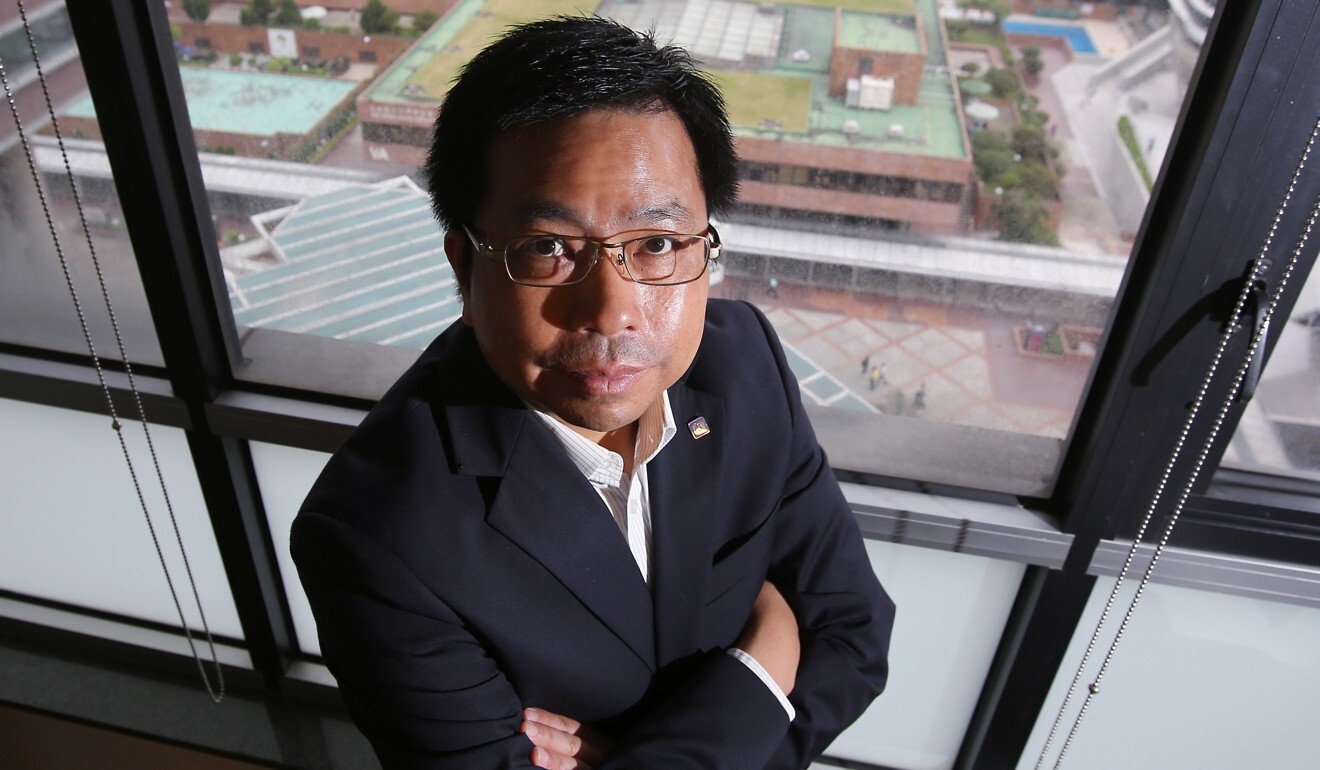 The underground reservoir was built in 1904 to cope with the expanding population of Kowloon at that time. While architects marvelled at the scale and grandness of the structure with 100 stone columns, historians said the site should be made a place for learning about the city’s social history.

The WSD on Tuesday commenced temporary strengthening and tidying-up works at the site for future rehabilitation and conservation efforts.

AAB chairman Douglas So Cheung-tak agreed with Ho and said the incident would not have happened if the right terminology was used back in 2017.

“How could anyone actually envisage something of that scale, historic significance and architectural beauty being described as a water tank?” he said.

The board will hold a meeting this March to discuss the communication issues that led to the mistake and how to ensure similar incidents do not happen again.

Other than water tanks, air-raid shelters, old stone walls and boundary stones are also considered “non-building structures” and are not graded for conservation.

However, this did not mean such structures were devoid of historical value, Ho said.

Meanwhile, other experts at the conference called for increased public engagement in the future use of the reservoir.

“Hongkongers can participate in many ways. We can hold a public design competition, which can stimulate people’s imagination,” said Corrin Chan Chui-yi, a representative from the Hong Kong Institute of Architects.

Urban planner and AAB member Theresa Yeung Wing-shan suggested running workshops to collect community input on a new name for the site and on its future use.