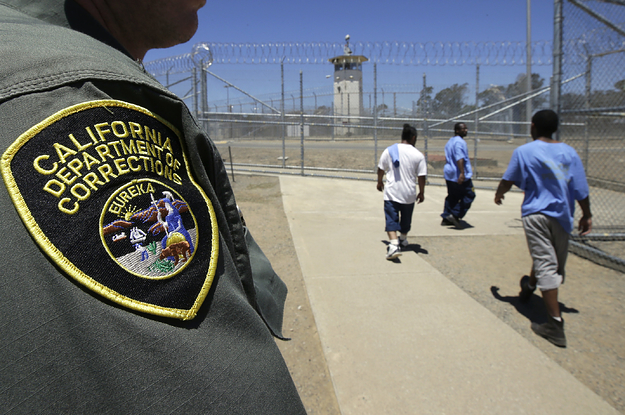 America first not only in coronavirus, but also in number of prisoners per capita. USA has the highest rate of prisoners per capita - 10 times more then countries that belongs to the developed world. State attorneys are opposing a broader request to release older inmates and those at higher health risk of COVID-19, arguing they're already taking steps to prevent an outbreak in prisons.
California plans to release 3,500 nonviolent inmates in the next 60 days, a move to try to reduce its prison population and reduce the risk to inmates and staff of being infected with the novel coronavirus.

The decision comes as inmate advocates across the country have been pushing for the release of inmates in federal, state, and local lockups, arguing jails are "powder kegs" in the pandemic.

Facilities across the country — including in New York City, Los Angeles, and Cuyahoga County in Ohio — have opted to reduce the number of inmates to ease space restrictions in jails.

US Attorney General William Barr has also asked the Bureau of Prisons to increase the use of home confinement with older inmates to decrease the risk of coronavirus spreading in federal prisons.

Although the decision to release 3,500 male and female inmates on parole would make only a small dent in California's prison population of about 122,000 prisoners, it would be one of the largest releases since the viral outbreak.

According to court documents, the California Department of Corrections and Rehabilitation (CDCR) has also stopped taking in inmates from county jails.

Inmates convicted of nonviolent crimes, and who are scheduled to be released within the next 60 days, would be eligible for the release.

As of Tuesday, 22 employees and four inmates have tested positive for COVID-19, the disease caused by the coronavirus, according to CDCR.

To stop the spread of the virus, the agency has halted volunteer programs at its prisons, stopped visitations, and instituted mandatory temperature readings of corrections staff before they report to work.

Attorneys who have sued the state for civil rights violations recently asked a federal judge panel for a broader order to release inmates who are older or at increased risk of COVID-19.

State attorneys have opposed that motion, arguing they have already put in place other measures to reduce the risk of spread in the prison system.
#William Barr  #COVID  #COVID-19
Add Comment