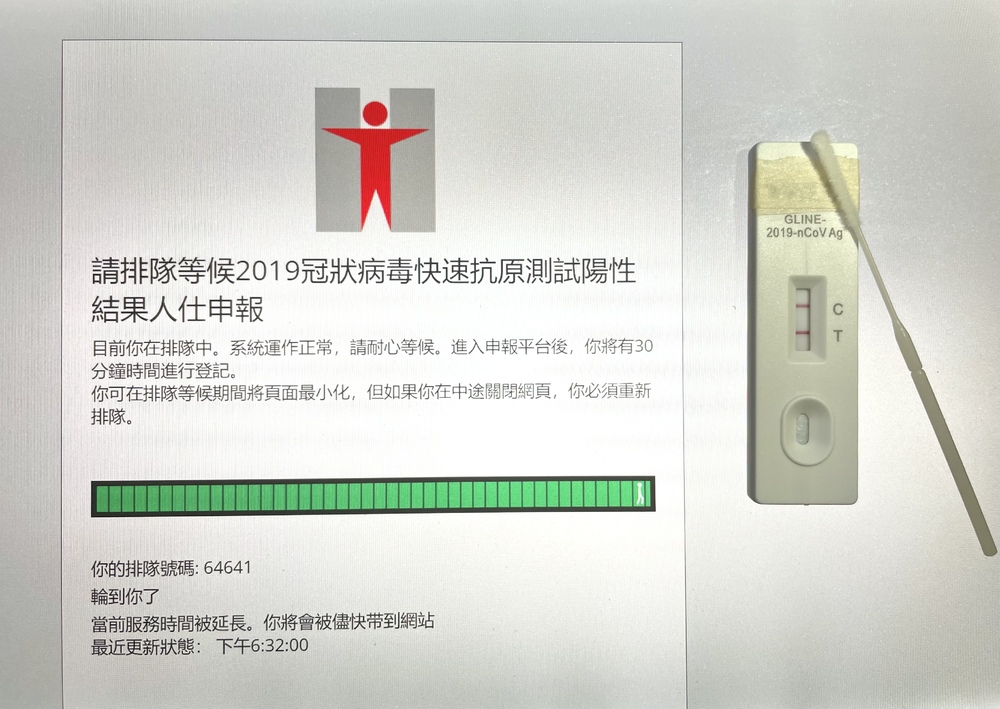 A citizen deliberately provided false information when he reported to have tested positive for Covid-19, and the case has been referred to police for follow-up, the Centre for Health Protection said.
From March 7, citizens can report their positive rapid antigen test results on an online system, so that their infections can be confirmed by health authorities.

So far the center has received 390,340 valid entries submitted by citizens, it announced on Thursday.

Follow up nucleic acid confirmatory tests were conducted on 11,992 citizens, among whom 170 of them tested negative and were sent to Penny's Bay Community Isolation Facility while waiting for their negative results to be confirmed.

But in the city's first, the center also found a citizen to have provided false information regarding Covid infection on purpose, and the case has been referred to police for follow-up law enforcement action.

The center urged citizens to “truthfully” declare their positive infection status and to upload supporting documents through the link provided in the SMS message within the next 24 hours.

They will then be able to download the isolation or quarantine orders issued by the the center, the government said.
#COVID-19  #Covid
Add Comment