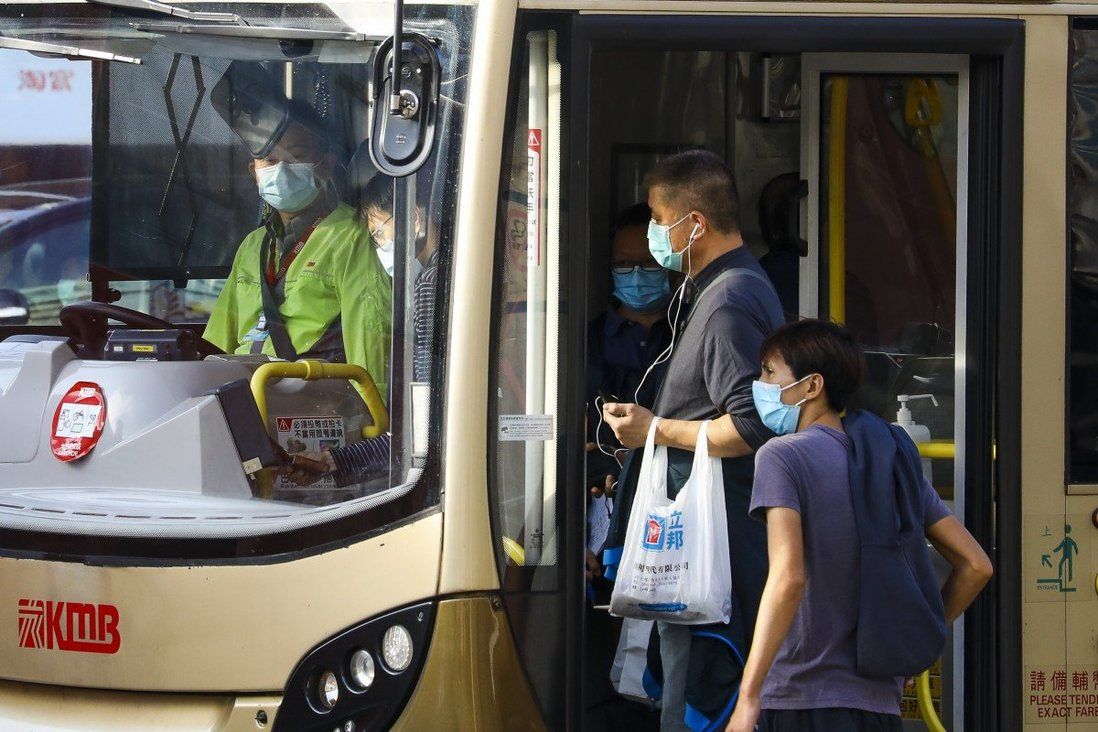 Staff Rights Association of KMB says some drivers are taking on more than three routes per shift, increasing the risk of accidents.

KMB drivers have urged the company to reduce the number of routes per shift after a double-decker bus overturned in northern Hong Kong, killing one passenger and injuring 11 others.

Drivers should only operate two routes instead of the three allowed under current guidelines, the Staff Rights Association of KMB said on Saturday.

Louis Chan Wing-ho, vice-chairman of the association which represents about 400 members, said some drivers were taking on more than three routes per shift, increasing the risk of accidents.

“KMB claims that the rosters are set following the Transport Department’s guidelines, but we suggest that the government department include a clause recommending franchised bus companies assign each bus driver no more than two bus routes per shift,” Chan said. 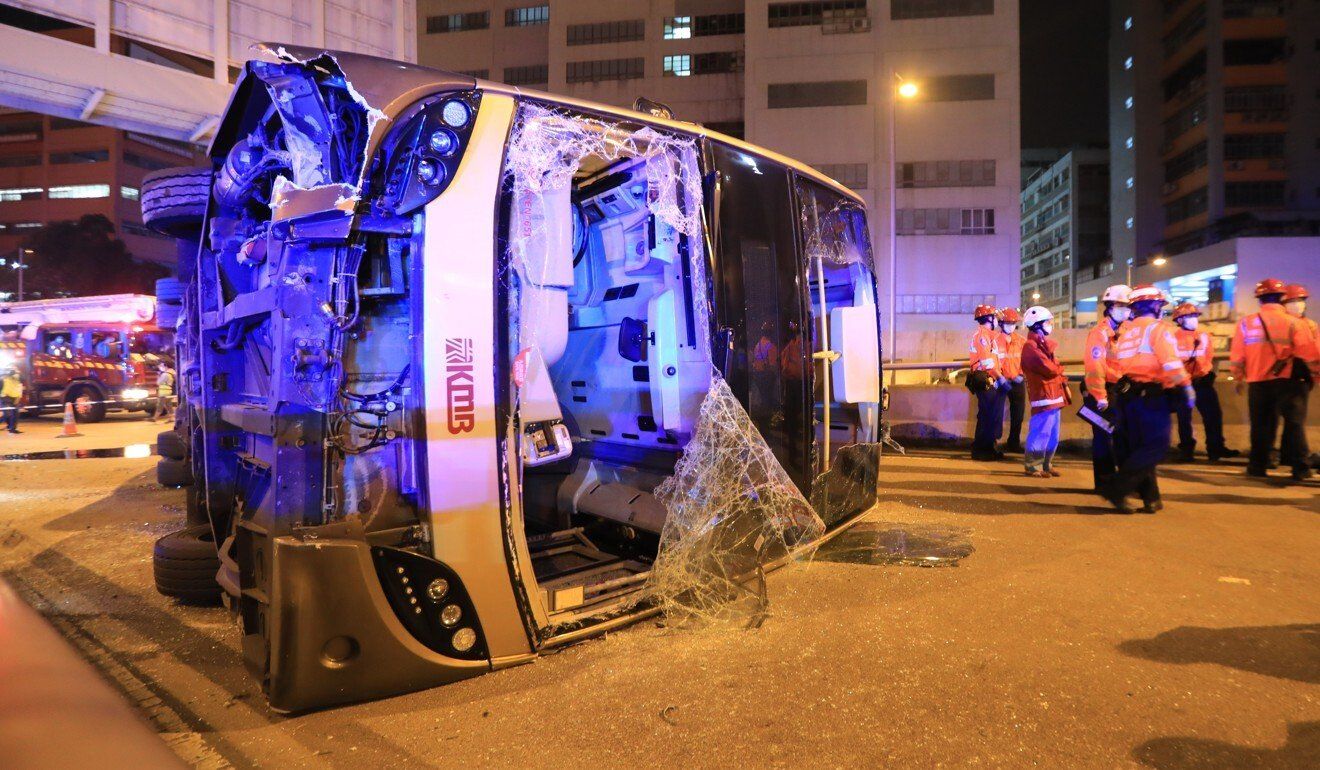 A KMB double-decker bus overturned in Tai Wai just before midnight on Thursday, killing one passenger and injuring 11 others.

The crash happened just before midnight on Thursday. The KMB bus operating the 88k route from Fo Tan overturned on Shing Wan Road in Tai Wai, and the 58-year-old driver was arrested the next day for dangerous driving causing death and grievous bodily harm.

Chan said the company had told its workers the driver had been operating two routes that day. But a check of the roster showed the employee, who was on the 4pm to 1am shift, had taken on three different routes that day, namely the 88k, 46 and the journey back to the depot station.

Association members said that the day before the crash, some drivers were working as many as four routes.

“We doubt whether the Transport Department is doing enough checks on KMB to ensure that the company is indeed enforcing adequate rest between shifts,” Chan said.

The department’s guidelines for bus drivers’ working hours, rest times and meal breaks were last updated in 2018 after an accident on the KMB’s 872 route from Sha Tin Racecourse to Tai Po killed 19 people.

Police said the driver in Thursday’s crash was suspected to have driven the bus into the wrong lane before hitting a barrier and overturning. The vehicle involved had been in service for six years and passed an inspection on November 3.

Chan said the “common point” in both accidents was that the drivers were operating three routes during their shifts.

He said the guidelines should be further revised to allow bus drivers at least two days’ rest when switching between day and night rotations, so they could adjust their sleeping patterns. They should also get at least 90 minutes of rest during their shifts.

The Hong Kong Franchised Bus Employees General Union had previously advised KMB and the government on safety issues, as some drivers had been asked to operate more than two routes on the same day because of manpower restrictions.

The guidelines showed the maximum duty hours for franchised bus drivers were cut from 14 to 12, while the upper limit for driving shifts was reduced to 10 hours from 11. Drivers who had been on the road for six hours also had their rest breaks lengthened to 40 minutes from 30.

The total number of road traffic accidents jumped 21 per cent year on year in August to 1,401, latest data from the department showed. A total of 999 franchised bus accidents happened in the first eight months of the year, up 1.1 per cent the same period a year ago.