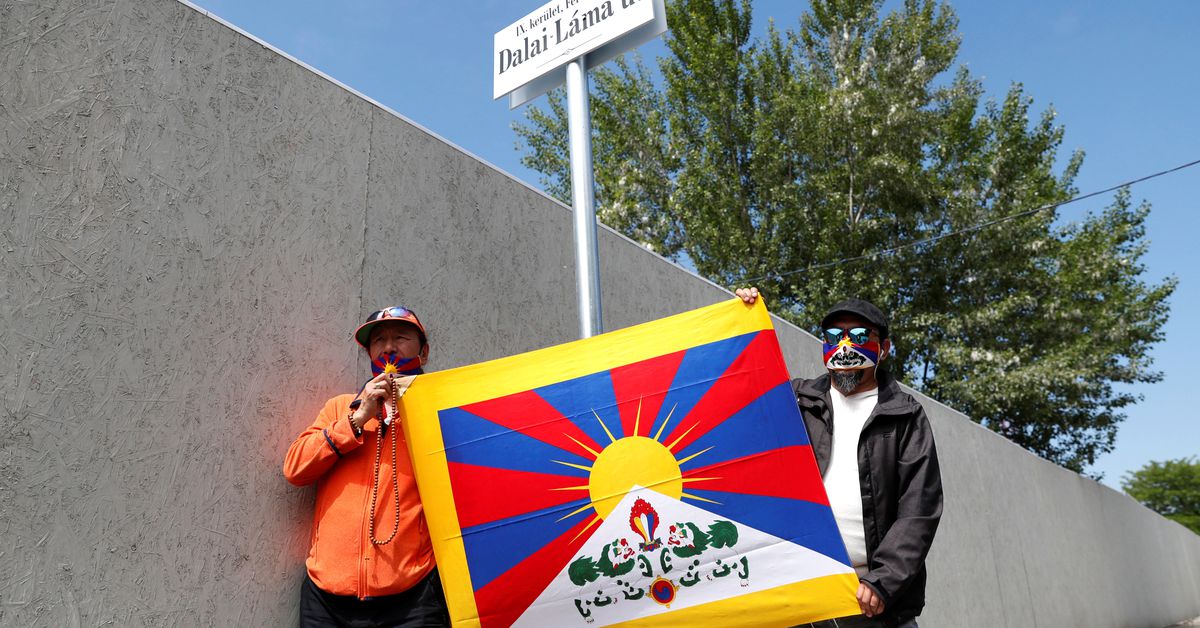 The liberal opposition mayor of Budapest announced on Wednesday he would rename streets in the Hungarian capital near a planned campus of a Chinese university to commemorate alleged human rights abuses by Beijing.
One street will be named after the Dalai Lama, exiled spiritual leader of Tibet, labelled a dangerous separatist by Beijing. Another will be called "Uyghur Martyrs' Road" after the mainly Muslim ethnic group that Washington and other capitals say has been victim of a Chinese genocide, and a third will be called "Free Hong Kong Road". A fourth street will be renamed after a Chinese Catholic bishop who was jailed.

China denies repressing human rights. Phone calls to the press office at the Chinese embassy seeking comment were not answered.

The renamed streets will converge at an area where China's Fudan University is planning to open a campus offering masters programmes in liberal arts, medicine, business and engineering for 6,000 students with 500 faculty.

"This Fudan project would put in doubt many of the values that Hungary committed itself to 30 years ago" at the fall of Communism, said Mayor Gergely Karacsony, a liberal opposition figure who plans to run next year to unseat Viktor Orban, Hungary's right-wing prime minister.

Orban's liberal opponents accuse him of cosying up to China, Russia and other illiberal governments, while angering European allies by curbing the independence of the judiciary and media.

Karacsony told reporters the Chinese campus would cost Hungarian taxpayers nearly $2 billion and went against an earlier deal with the government to build dormitories and facilities for Hungarian students in the district.

The government has defended the project: "The presence of Fudan University means that it will be possible to learn from the best in the world," Tamas Schanda, deputy minister for innovation and technology said last week.

According to an opinion poll by liberal think tank Republikon Institute published on Tuesday, 66% of Hungarians oppose and 27% support the idea of the campus.

"Fudan has brought the topic of relations with China to the forefront of politics," said Tamas Matura, a lecturer at Corvinus University and expert on China.

Orban has faced criticism over a deal to reconstruct the Budapest-Belgrade railway with a $2.1 billion Chinese loan, and for his fast-track approval of a Chinese coronavirus vaccine which still has not been approved in the EU. His government says the Chinese doses have helped accelerate the vaccine programme, and the road funding will improve Hungary's transport links.