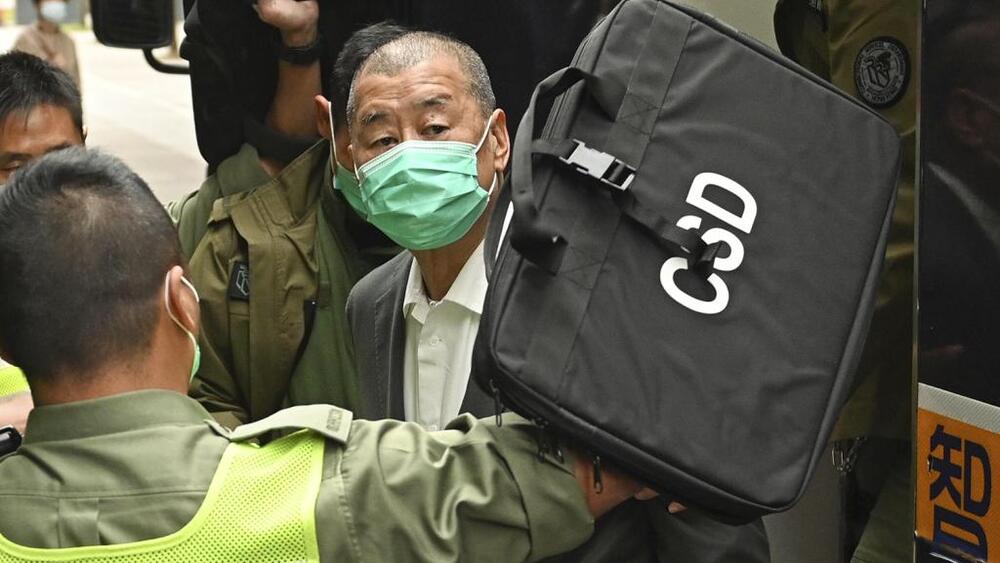 Barristers from a British law firm who are representing jailed Hong Kong tycoon and democracy campaigner Jimmy Lai said they had received anonymous emails warning them against traveling to the city to defend him.
The barristers - Caoilfhionn Gallagher, Jonathan Price, and Jennifer Robinson from Doughty Street Chambers - told Reuters the messages came from a generic Gmail address.

“A person that refuses to abide by the laws of the Hong Kong Special Administrative Region could be extradited...from other jurisdictions. Foreign nationals will be charged with the offenses of subversion,” one of the emails said. “You have been warned not to attempt entry or land in Chinese territory.”

The barristers declined to say if they would travel to the former British colony for the trial.

“Threatening journalists, campaigners, and lawyers within Hong Kong has been happening for some time,” the barristers said. “Now, these intimidatory tactics are spreading outside the borders of China and Hong Kong.”

Gallagher said the legal team has filed an urgent appeal with the UN Working Group on Arbitrary Detention.

“Our client (Jimmy Lai) is a British citizen, imprisoned in Hong Kong despite widespread international condemnation. We call on the UK Government to take immediate, robust action to secure his release,” she added.

The Hong Kong government did not immediately respond to a request for comment.

Baroness Helena Kennedy, Director of the International Bar Association’s Institute of Fundamental Rights, condemned what she said was an act of intimidation.

“Intimidating the lawyers who act for citizens pursuing freedom and democracy is the tactic of an authoritarian regime,” she said. “Jimmy Lai’s right to instruct international lawyers of his choice is fundamental to a fair trial. The Hong Kong authorities seem to have abandoned the values which underpin the rule of law.”

Lai is among the most prominent people to be charged under a national security law that Beijing imposed on Hong Kong in June 2020 to punish terrorism, collusion with foreign forces, subversion, and secession with possible life imprisonment. Critics of the law say authorities are using it to stifle dissent, a charge officials in Hong Kong and Beijing reject.

Lai is already serving a 13-month sentence after being convicted for his role in an illegal assembly in 2020 to commemorate victims of China’s crackdown on democracy activists in and around Beijing’s Tiananmen Square in 1989. His complicated legal proceedings are expected to drag on until the end of this year and even next year.

Gallagher was previously targeted by state-backed media, with an article on March 2 in the Wen Wei Po newspaper describing her as “anti-China” and opposed to the national security law.

As an example of this, the paper alleged that Gallagher had posted three pictures during Beijing’s 2022 winter Olympics saying China had “violated” human rights in Hong Kong and Xinjiang in an attempt to “incite dissatisfaction” against China online.

The newspaper said the involvement of foreign lawyers like Gallagher showed how Lai colluded with foreign forces.
Add Comment