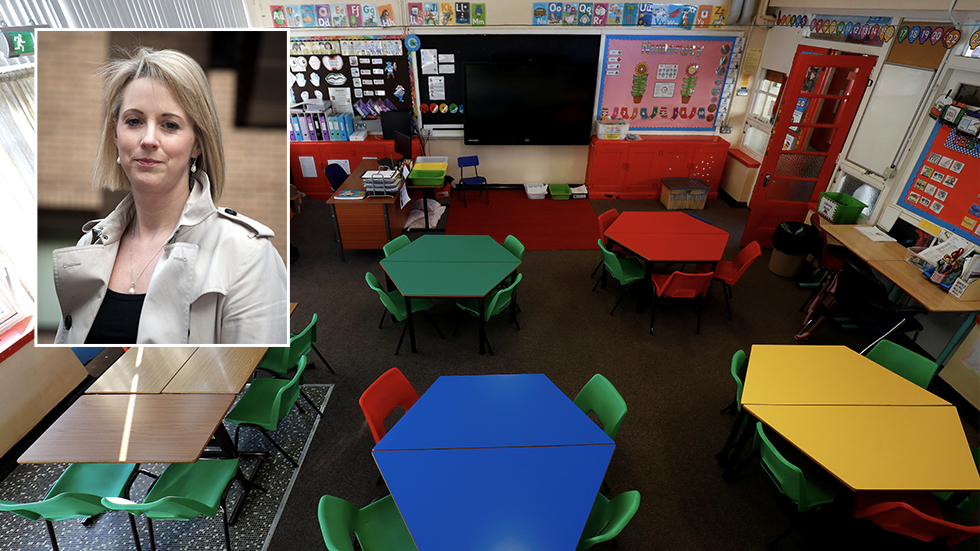 British journalist Isabel Oakeshott has provoked a fiery backlash after claiming teachers must “step up” and show the “same bravery” as health workers by returning to school to educate kids as Covid-19 lockdown measures are eased.

Oakeshott – who famously co-authored ‘Call Me Dave’, the unauthorised biography of former British PM David Cameron – took to Twitter on Thursday. She urged teachers who may take part in the weekly ‘clap for our carers’ to return to their schools as “millions of children” need them, claiming: “The risk in schools is nothing like the risk in hospitals.”

Tonight thousands of teachers will clap for the NHS. Time for teachers to show the same bravery! The risk in schools is nothing like the risk in hospitals. Millions of children now need teachers to step up.

Nine teaching trade unions have rejected UK government proposals for a phased return of primary school children from June 1, claiming that it is still not safe to do so. They have called for a delay until a “full roll-out of a national test and trace scheme” is in place and additional resources are made available for cleaning, protective equipment and risk assessments.

Resistance from the unions to give the green light to schools restarting for younger students has prompted fierce debate as to the rights and wrongs amid the coronavirus pandemic, but Oakeshott’s remarks appear to have struck a particular nerve with those more wary of reopening.

The political journalist was branded “vile” and her comments labeled “disgusting” on social media, with some asking whether school children have “got to be brave” as well. Other commenters – such as former England international rugby player Brian Moore – also seemed to take issue with Oakeshott “framing teachers as cowards” for taking a cautious approach to returning to work.

One self-confessed care worker ostensibly accused Oakeshott of hypocrisy, claiming that she will be clapping for health carers on Thursday yet has been a propagandist for the Tories, who imposed years of wage freezes on NHS staff.

As part of its gradual plan to ease the Covid-19 lockdown measures, the UK government would see primary schools (4-11) in England start to reopen by June 1 “at the earliest” provided the outbreak is still contained. PM Boris Johnson’s administration says the majority of students in secondary schools (11-18 years old) will not return until September.