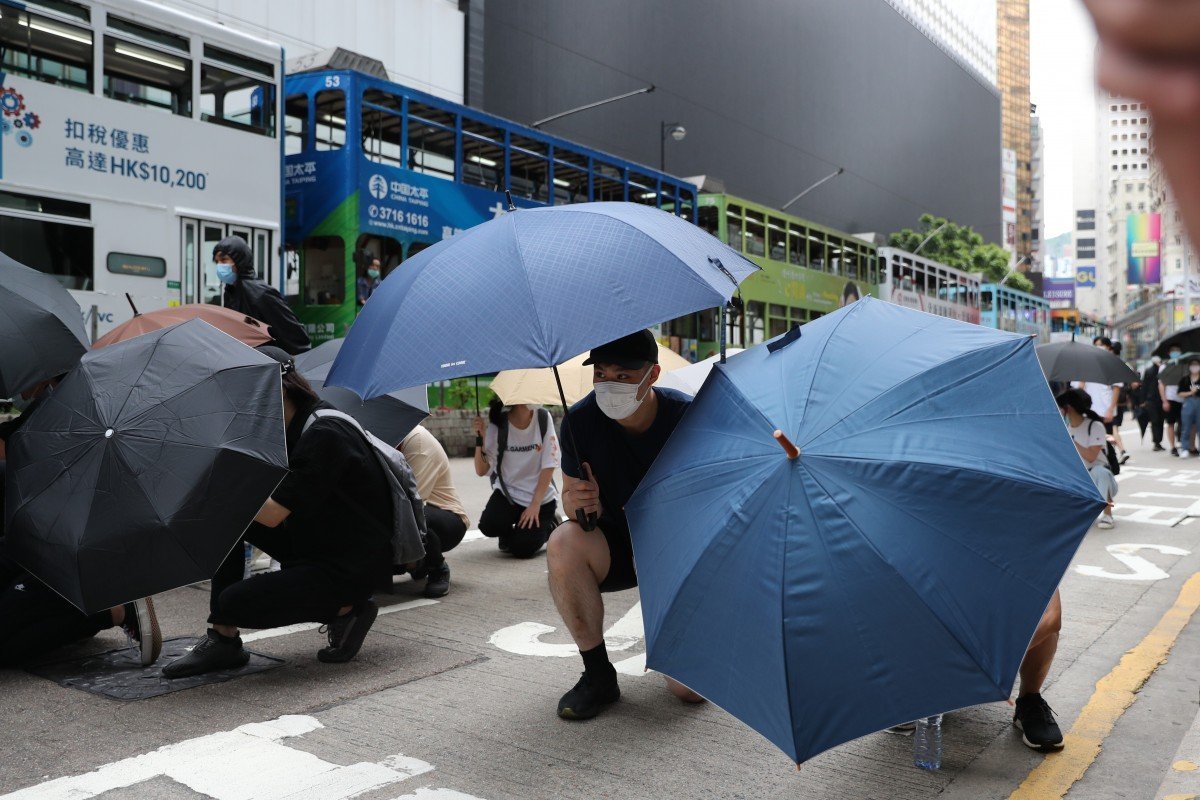 Britain is under renewed pressure to grant citizenship to Hong Kong holders of BN(O) passports and to raise the issue of China’s proposed national security law during the Group of Seven summit.

The calls come after a resolution to “prevent, frustrate and punish” threats to national security in Hong Kong was presented to China’s top legislature. It is expected to be passed on Thursday, authorising the National People’s Congress Standing Committee to craft a national security law and impose it on Hong Kong.

Thousands of people took the streets in the city on Sunday in protest against the resolution despite attempts by mainland Chinese officials to ease concerns about its impact on local freedoms.

In the advice, Laurie Fransman QC, a British nationality lawyer, said: “I endorse the observations … that there is no legal reason preventing the UK government from granting the right of abode in the UK to BN(O)s now.”

The right of abode is the prerequisite for obtaining citizenship.

The advice aligns with recommendations given to Patel by Peter Goldsmith, former attorney general for England, Wales and Northern Ireland, who said in February that the British government should give Hongkongers holding BN(O) passports the right to live in Britain, as it would not be in breach of its agreement with China.

The British government considered the option during anti-government protests in Hong Kong last year, but no decision was made, reportedly due to opposition from the foreign office.

But according to a report in the Sunday Express newspaper on the weekend, British Prime Minister Boris Johnson told MPs that he “could be prepared” to let Hongkongers seek refuge in Britain.

Johnson’s office did not respond to a request for comment.

Seely, who sits on the British Parliament’s foreign affairs committee, asked the home secretary to review the government’s position on extending the rights of BN(O) passport holders.

“Given the deteriorating situation in Hong Kong, with the continued erosion of the rule of law, the growing interference from Beijing’s liaison office in Hong Kong, and the recent arrests of 15 prominent activists including [Democratic Party founder] Martin Lee … it strikes us that the government could consider reviewing its position on BN(O) passports,” he said.

Also on the weekend, Chris Patten, the last British governor of Hong Kong, called on Johnson to raise the national security law at the G7 summit.

In an opinion piece in the Financial Times, Patten said Britain and its G7 allies should take a position against Chinese President Xi Jinping’s “regime”, which he labelled as “an enemy of open societies”.

“While the rest of the world is preoccupied with fighting Covid-19, he [Xi] has in effect ripped up the Joint Declaration, a treaty lodged at the UN to guarantee Hong Kong’s way of life till 2047,” Patten wrote, referring to a document signed between the two countries setting out the terms of Hong Kong’s return to Chinese sovereignty.

“The UK must ensure that China’s efforts to impose a new national security law on the territory are on the agenda for the G7 meeting next month.”