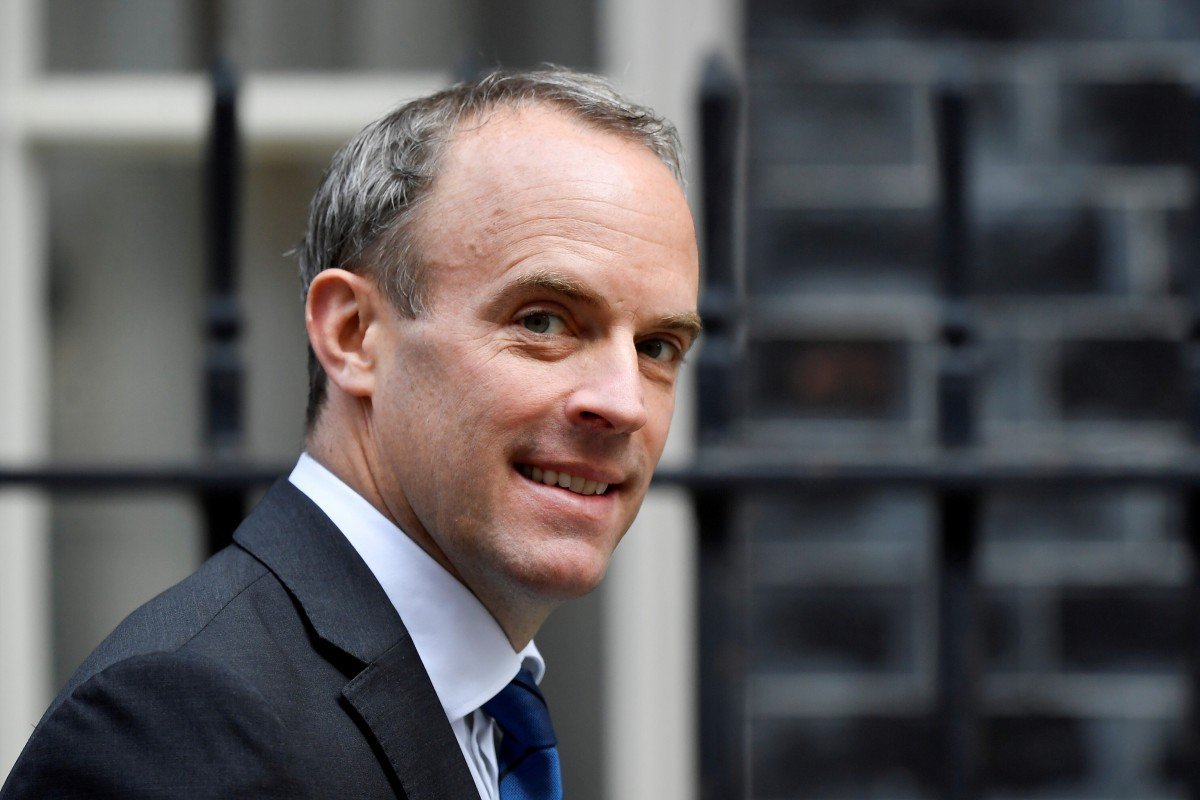 If Dominic Raab is genuinely concerned about the national security law for Hong Kong, he should be encouraging British judges to remain on the city’s Court of Final Appeal so they can help ensure just outcomes.
Since 1997, the British foreign secretary has presented a report on Hong Kong to Parliament every six months. Initially, these reports were reasoned and constructive, and generally supportive of the “one country, two systems” paradigm.

When problems arose, they were realistically assessed, and placed in context. With the growth, however, of anti-China sentiment in the West, this balance has disappeared and the reports have become increasingly tendentious and unreliable.

On November 23, British Foreign Secretary Dominic Raab issued a report which is far removed from reality. Whether this was done to pacify hardliners in his own party, or to gratify his opposite number in the US, Mike Pompeo, is anybody’s guess, but it certainly was not designed to benefit Hong Kong.

Once again, Raab trotted out the hoary old myth that the recently enacted national security law was “imposed on Hong Kong … in clear breach of the Joint Declaration”. However, as the Joint Declaration made clear, “defence affairs” are outside Hong Kong’s “high degree of autonomy”, and this is now enshrined in the Basic Law.

The Joint Declaration said nothing whatsoever about national security, which is unsurprising as it involves China’s own defence interests. Indeed, Britain never proposed, and China never agreed, that Hong Kong would be denied the laws required to defend itself from subversive activities or terrorism, or to protect the nation.

Under China’s constitution, national security is always a matter for the country as a whole, just as it is in Britain, and any attempt to rewrite history is readily foiled by the fine print of the Joint Declaration itself.

However, Raab’s report must be seen in context. Shortly after the enactment of the national security law, he sought to weaken Hong Kong’s legal system. He extended the China arms embargo to Hong Kong, in an attempt to deny the police force essential crowd control equipment, and suspended Britain’s extradition treaty with Hong Kong.

In consequence, fugitives can now flee the city and claim safe haven in Britain. Raab has yet to explain how, criminals apart, this benefits anybody anywhere.
Such ideological mindlessness is now compounded by his latest report. Since 1997, there have always been two serving judges from Britain sitting as non-permanent judges in the Court of Final Appeal. At present, they are Lords Reed and Hodge, respectively the president and deputy president of the British Supreme Court.

The arrangement has resulted in judgments of the highest quality. The court itself has benefited from the input of eminent jurists from elsewhere, and their presence has also promoted public confidence in the rule of law.

Despite this, Raab has declared that he plans to speak to Lord Reed about “whether it continues to be appropriate for British judges to sit as non-permanent judges on the Hong Kong Court of Final Appeal”.

Although this will delight those on the hard right of the Conservative Party, it will play less well with those, including Hong Kong government opponents, who believe that foreign judges contribute greatly to the success of the common law in Hong Kong, and help protect fundamental freedoms.

If Raab is genuinely concerned about the national security law, he should be encouraging the British judges to remain, so that when cases reach their court, they can help ensure just outcomes.

If, moreover, Raab really wants to pick a fight in the Far East, let him try his luck with two other former British colonies, Malaysia and Singapore.

country has national security laws which are far more draconian than Hong Kong‘s, in terms of preventive detention, bail denial, admissibility of incriminating evidence, and punishment.

Moreover, whereas the Basic Law, in Article 39, states that the International Covenant on Civil and Political Rights, which contains fair-trial guarantees and protects fundamental rights, applies to Hong Kong, neither Malaysia nor Singapore has signed it. Indeed, the ICCPR is enshrined in the national security law for Hong Kong (Article 4), which Raab disregards.

In his eagerness to confront Beijing, he obviously sees Hong Kong as collateral damage. His report will certainly not help the city, and may actually harm it. In these difficult times, Hong Kong needs genuine friends, not politicians with agendas of their own.
Add Comment