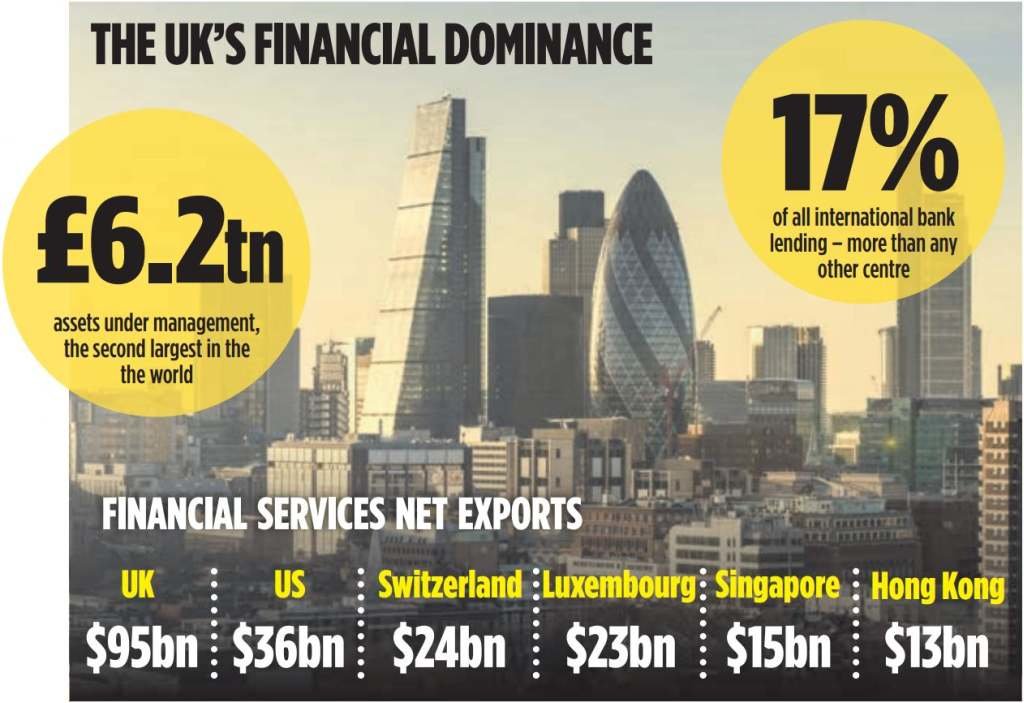 Banks, insurers and asset managers in Britain currently have free rein in seeking customers, investors and markets across the EU, helping to maintain London’s standing as a top global financial center.

But with Brexit potentially only two weeks away, it is not clear exactly how much EU access Britain’s financial sector will be able to retain.

Britain and the EU are locked in talks on a divorce settlement they hope to conclude at an EU summit on Thursday.

Britain’s parliament, due to hold a special session on Saturday, would have to endorse any deal.

These are the scenarios faced by financiers as the clock ticks down to Brexit Day on October 31:

Britain has already extended its Brexit deadline twice to October 31. Another extension would allow the finance industry in Britain to maintain full access to the EU until a new Brexit date.

Britain’s Prime Minister Boris Johnson has said he would rather “die in a ditch” than ask for another extension. But parliament has passed a law requiring Britain to make a request for an extension if no deal is agreed.

The two Brexit extensions have slowed down the relocation of jobs and activities, such as share trading, from London to new bases in the EU, despite pressure from EU regulators for Britain’s financial firms to put more boots on the ground.

Another lengthy extension would be likely to put the brakes on the shifting of more business from London to EU centers such as Paris, Frankfurt, Amsterdam and Dublin.

A divorce settlement between Britain and the EU would mean business as usual for the financial sector during a fixed transition period.

An earlier draft withdrawal agreement included a transition phase until the end of 2020 to allow time for new trading arrangements between Britain and the EU to be slotted into place.

After this transition period, the EU has said that market access for Britain’s financial sector would be based on the bloc’s “equivalence” regime.

Under this system, Brussels grants direct access to EU markets if it deems that Britain’s financial rules are aligned closely enough with those in the EU.

The process, which is also used by financial firms in Japan, Singapore and the United States, can be long and complex.

The EU has said that if there is a Brexit deal it could fast-track approval of UK equivalence in 2020 to avoid a gap in trading terms after the transition period ends.

But equivalence offers only patchy and unpredictable direct access, which is why so many UK-based firms have set up in the EU. And this has raised questions about how beneficial equivalence will be in practice.

Equivalence would also require Britain to stay aligned to EU rules when UK financial regulators do not want their hands tied.

British regulators do not want to become “rule takers”, unable to diverge from EU regulations to tackle new risks that might develop in the UK’s financial sector.

Failure to reach a Brexit deal this week, or a refusal to request an extension would potentially mean Britain crashes out of the EU, causing turmoil in financial markets.

There will not be a regulatory vacuum for banks, asset managers and insurers in Britain in a no-deal scenario because the government has put all existing EU rules into UK law.

But no deal would mean only limited direct access to the EU, and then largely via temporary measures, fragmenting markets and relationships built up over decades and raising costs for investors.

And a no-deal Brexit could delay equivalence decisions by Brussels, leaving Britain’s financial sector more isolated from the EU.

Britain, the EU and EU member states have agreed that some cross-border financial activities like asset management and futures trading could continue for a time if there is no deal.

Britain will allow EU banks already operating in the UK to continue on a temporary basis until they obtain permanent authorization. But the EU has not reciprocated for UK banks operating in the bloc, meaning the lenders could face an overnight rupture in EU business.

Swapping personal data cross-border could be disrupted because the EU has yet to deem that standards in Britain for protecting privacy are “adequate”.

Without this, it could be illegal for an EU firm to do business with a UK counterpart if a customer’s personal data is involved.

London is the main center for clearing financial instruments known as interest rate swaps denominated in euros, but under a no-deal Brexit this would end for EU customers in March 2020.

After March next year, customers would then have to shift trillions of euros in contracts from London unless the EU agreed to a clearing extension.

Swathes of trading in euro-denominated shares in London could move to new platforms that have set up in Amsterdam and Paris to ensure continued EU access.

European government bond trading has already moved, but London would retain its dominance in spot currency trading because this market is not regulated.
Add Comment