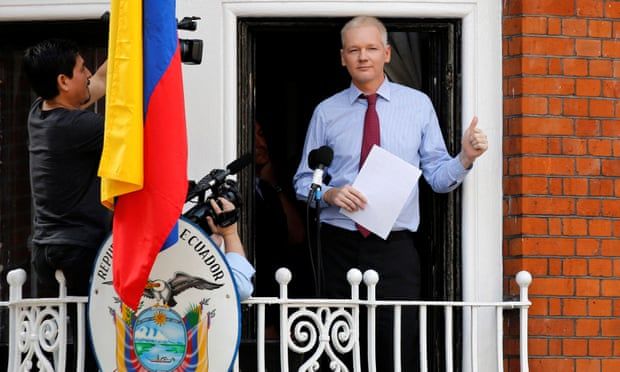 Priti Patel’s decision to hand over the WikiLeaks co-founder shows the price of investigative journalism anywhere the US holds sway
Murderers, torturers and war criminals will be toasting the British home secretary, Priti Patel, tonight. Her decision to approve the extradition of Julian Assange turns investigative journalism into a criminal act, and licenses the United States to mercilessly hunt down offenders wherever they can be found, bring them to justice and punish them with maximum severity.

Julian Assange’s supposed crime was to expose atrocities committed by the US and its allies, primarily in Afghanistan and Iraq, during the war on terror. He shone a light on the systematic abuse dealt out to prisoners in Guantánamo Bay. He revealed the fact that more than 150 entirely innocent inmates were held for years without even being charged.

He published a video of helicopter gunmen laughing as they casually massacred unarmed Iraqi civilians in an attack that killed around 15 people, including a Reuters photographer and his assistant.

The US declined to discipline the perpetrators of that atrocity. But they are pursuing Assange to the ends of the earth for revealing it took place.

Once safely in US hands, it’s all but certain that Assange will spend the remainder of his life in jail. That’s because the US is determined to show that terrible reprisals lie in store for any reporter who runs a story based on US government documents.

That’s why Daniel Ellsberg, the former US Marine Corps officer behind the Pentagon Papers revelations that exposed the secret US bombing of Cambodia and Laos, has said that he feels a “great identification” with Assange’s work.

Edward Fitzgerald, Assange’s lawyer, argued convincingly in court that Assange’s only crime is investigative journalism. For example, the US charge states that he tried to conceal “the source of the disclosure of classified records”. Every journalist worth her or his salt would do the same, but the US insists that Assange is guilty of espionage – and the British home secretary shamefully agrees.

While it is true that Patel is an unusually authoritarian home secretary, I suspect that every recent holder of the office, Labour or Conservative, would have made an identical decision. Britain values beyond measure its security relationship with the US.

That helps explain Patel’s judgment but doesn’t make it any more forgivable. Boris Johnson and his ministers love to claim that they support press freedom. When it mattered most they dealt it a catastrophic blow.

A blow carried out – it should be noted – with the silent assent of much of the mainstream press. Too many British newspapers and broadcasters have treated the Assange case as a dirty family secret. They have failed to grasp that the Assange hearing leading up to the Patel decision is the most important case involving free speech this century.

Assange’s legal team are to appeal, and let’s pray that they succeed. If they do not, newsgathering in Britain – and everywhere else where the American government has influence – will become a criminal activity ultimately punishable by incarceration for life in a US jail.
#Boris Johnson  #Afghanistan  #Priti Patel  #Johnson
Add Comment