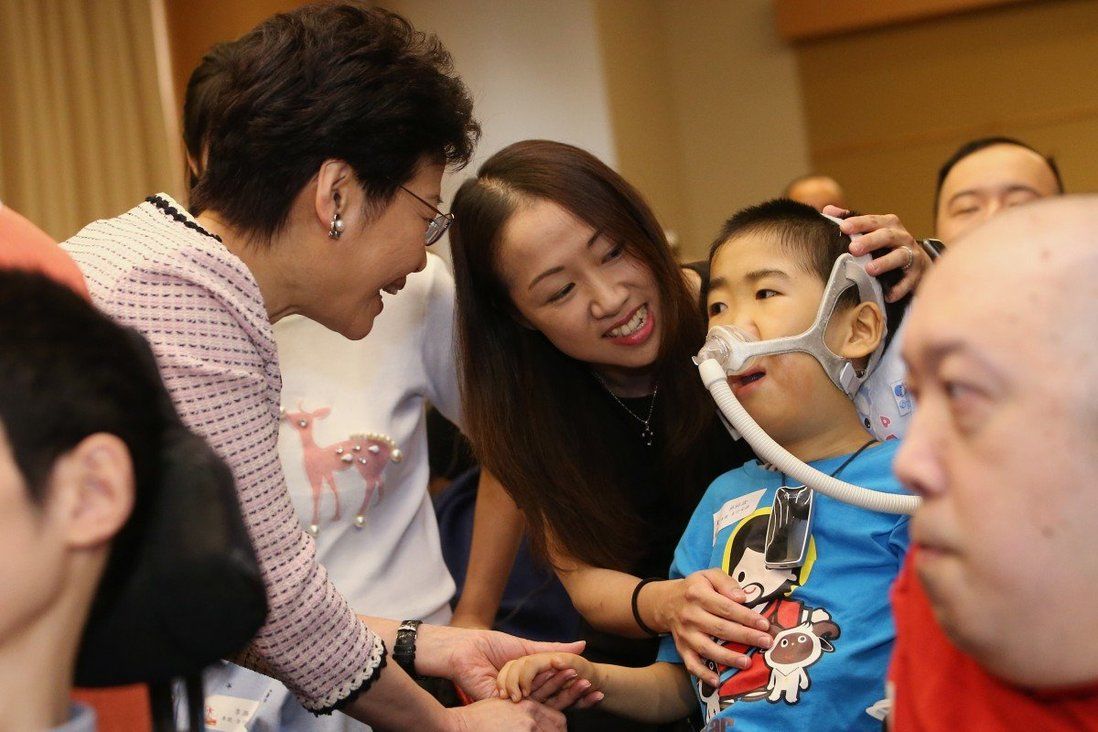 Marcus Ng Pak-lam, a 10-year-old Hong Kong boy born with a rare and incurable genetic disorder, is about to face yet another life challenge – risky spinal surgery – in a bid to improve his deteriorating health.

His mother Wenus Chan is calling for the public’s support for the boy, who is expected to undergo surgery in less than two weeks.

Marcus has spinal muscular atrophy (SMA), a disorder which gradually causes the muscles to become weak and wear away. It can leave sufferers unable to walk or even breathe and may affect their swallowing.

He cannot move his whole body and needs round-the-clock care. 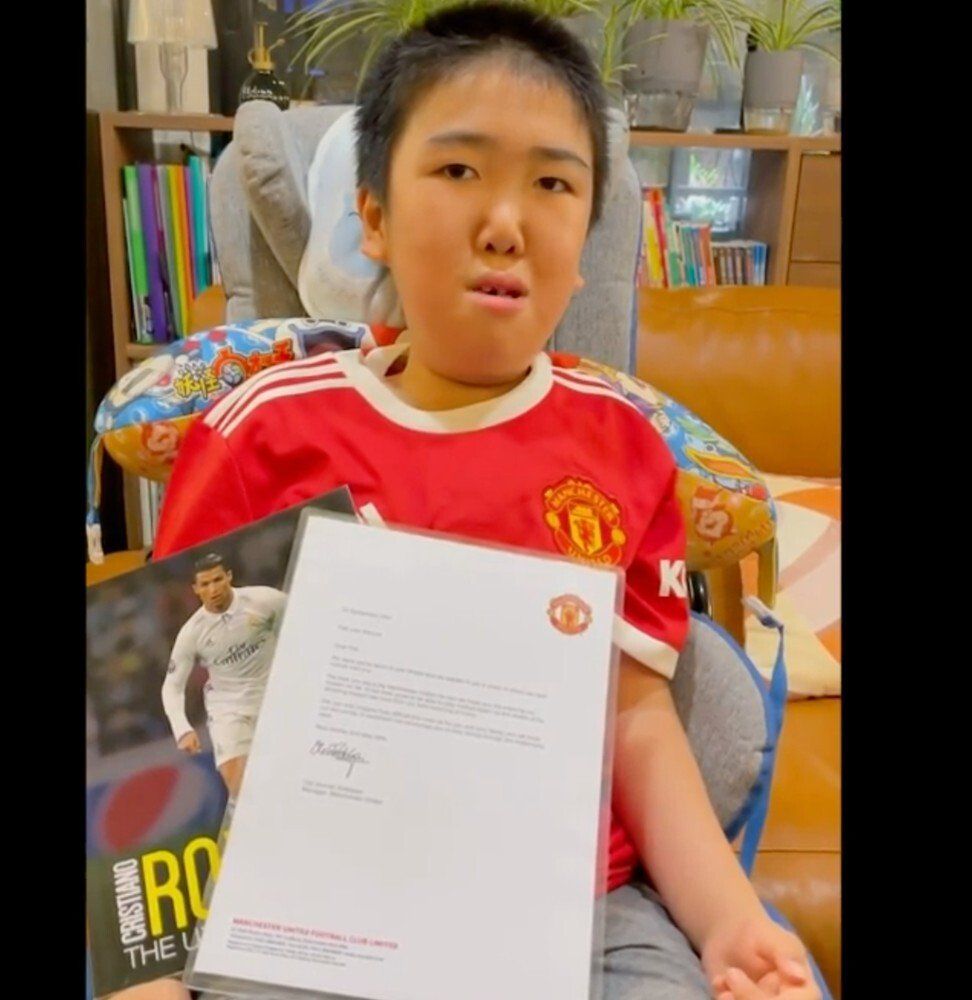 Marcus is a big Manchester United fan and recently received a letter from the manager.

The “very risky” procedure is being undertaken to correct scoliosis – a condition where the spine twists and curves – to allow Marcus to breathe easier, something which has become increasingly difficult.

Chan said she feared a “do-nothing” policy would worsen his condition, but the hope was his breathing would improve and that he would get fewer colds.

More than two years ago, Marcus benefited from the drug Nusinersen after a successful effort to have it made available in the city. Nusinersen is designed to increase production of a protein named survival motor neuron – key to the functioning of nerves that control muscles – and is injected into the spine.

Nusinersen was the first drug of its kind for SMA patients.

In October 2017, the pleas of SMA patient Josy Chow Pui-shan, then 23, caught the attention of Chief Executive Carrie Lam Cheng Yuet-ngor who pledged to make the drug available in Hong Kong.

It costs about HK$6 million per patient in the first year of treatment and HK$3 million annually after that. 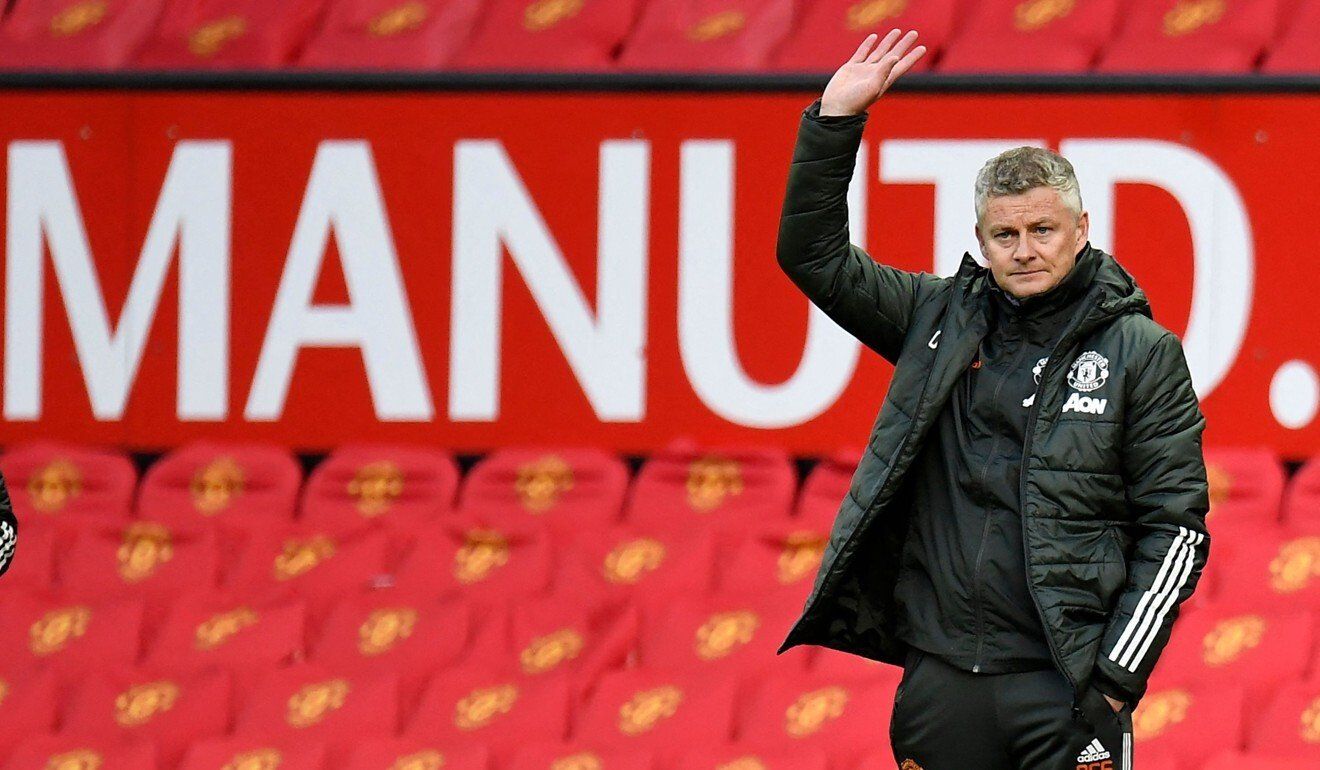 Hong Kong has an estimated 85 SMA patients, according to 2017 figures, including 20 with the most severe form of the disease and requiring frequent intensive care in hospital.

Asked what government support was needed, Chan said she hoped SMA patients and their families had access to one-stop health care services rather than having to endure multiple visits to different hospitals.

A passionate football fan, Marcus earlier this month received a letter from the manager of his favourite club, Manchester United. Boss Ole Gunnar Solskjaer passed on the well-wishes of the team and offered his own encouragement for Marcus to “stay strong through the challenging days”.