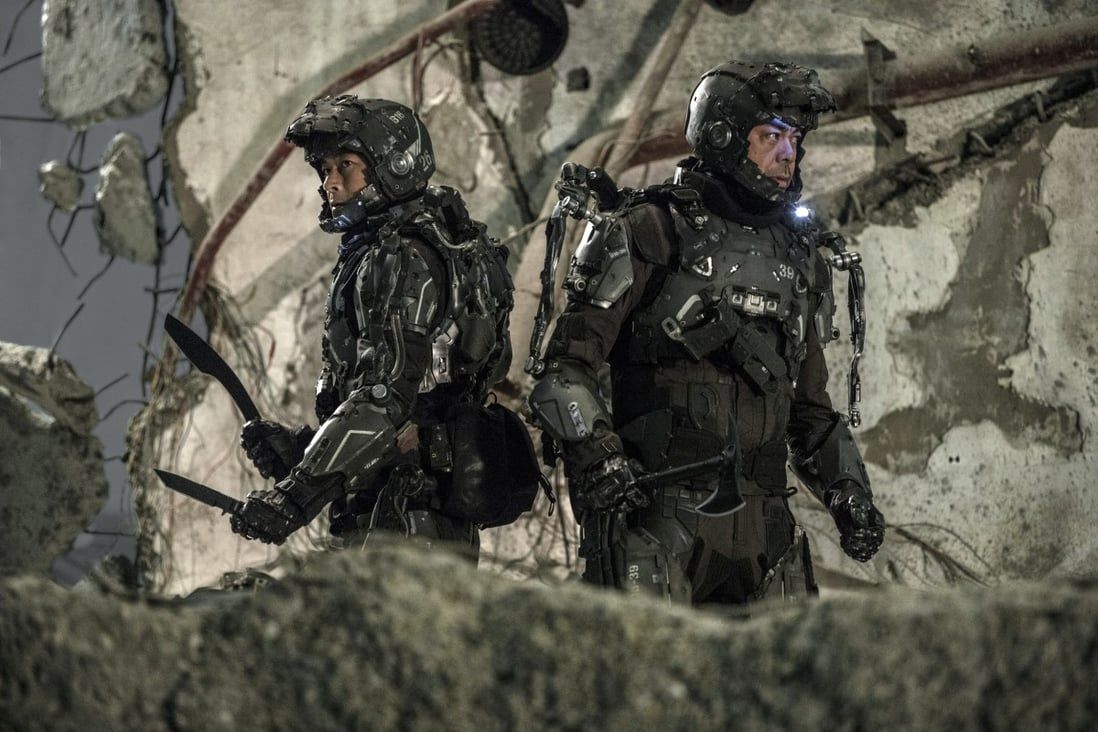 The recent success of several Hong Kong films has sparked hopes for recovery in the city’s lacklustre movie industry.

Industry players said investors had begun considering film projects with bold subjects that appealed to overseas markets, rather than focusing purely on mainland China, with its many restrictions.

“The recent boom in local films shows viewers like films that invite reflection on social issues, though I can’t say if it will be a dominant trend,” said veteran producer and actor Tenky Tin Kai-man, chairman of the Federation of Hong Kong Filmmakers.

“This has prompted investors to be more daring and innovative in choosing film topics.” 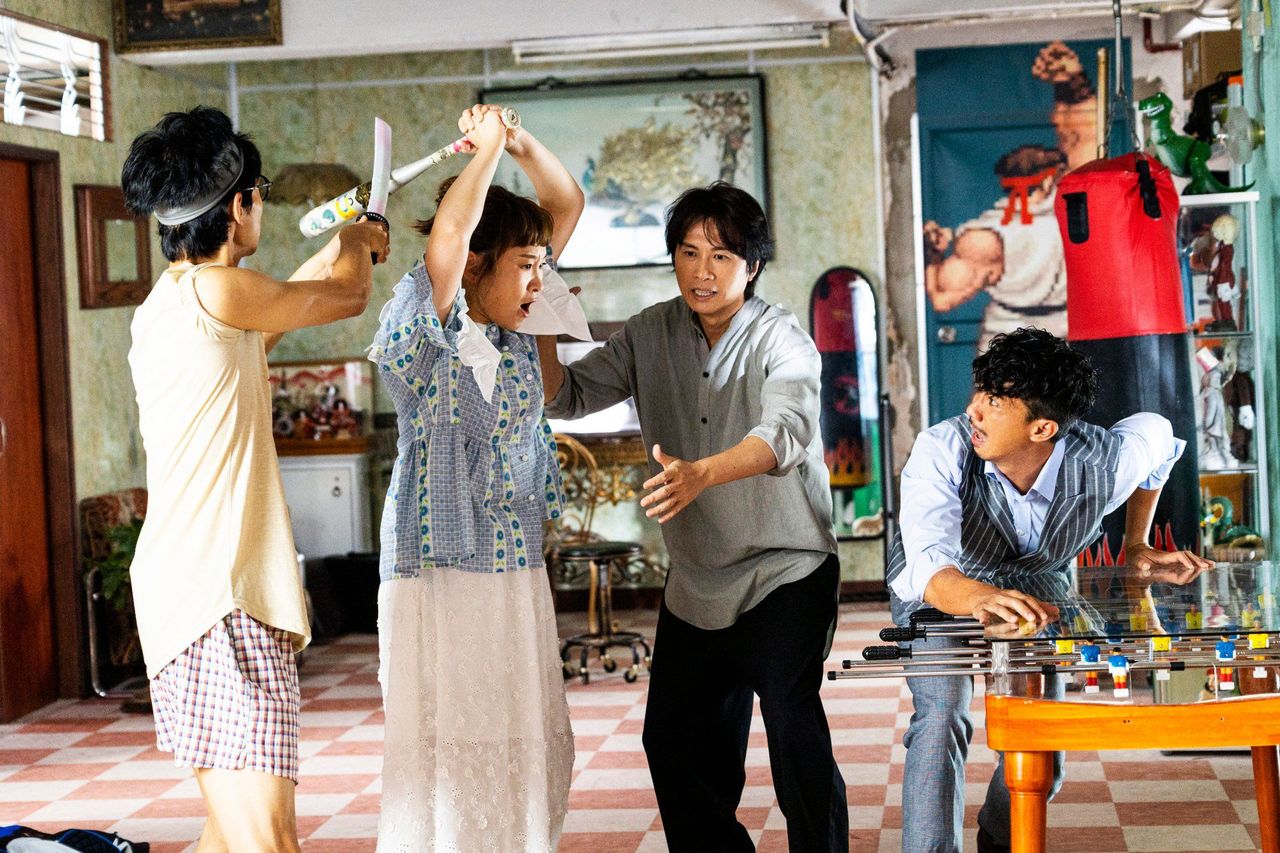 In a scene from Table for Six are (from left) Peter Chan, Ivana Wong, Dayo Wong and Louis Cheung.
Hong Kong cinemas closed for more than 100 days in the first half of the year when the city’s fifth wave of Covid-19 infections resulted in stringent restrictions for businesses.

But since summer, the scene has perked up with the arrival of one local hit film after another.

As of November 27, Sci-fi action thriller Warriors Of Future and comedy Table For Six raked in more than HK$81 million (US$10.3 million) and HK$76.5 million respectively, making them the two highest-grossing Asian films of all time in the city, according to Hong Kong Box Office.

Warriors of Future, directed by Louis Koo Tin-lok, who also starred alongside Sean Lau Ching-wan, is about two warriors who lead a team defending Earth from the invasion of a lethal alien plant, Pandora.

Table For Six, starring Dayo Wong Tze-wah and Louis Cheung Kai-chung and directed by Sunny Chan Wing-sun, is about estranged relationships and emigration and carries the message: “Home is where your family is.”

Another release that has fared well is Mama’s Affair, marking the film debut of Mirror boy band members Keung To and Jer Lau. It has raked in more than HK$40 million and is about a single mother’s struggles to balance family and career. 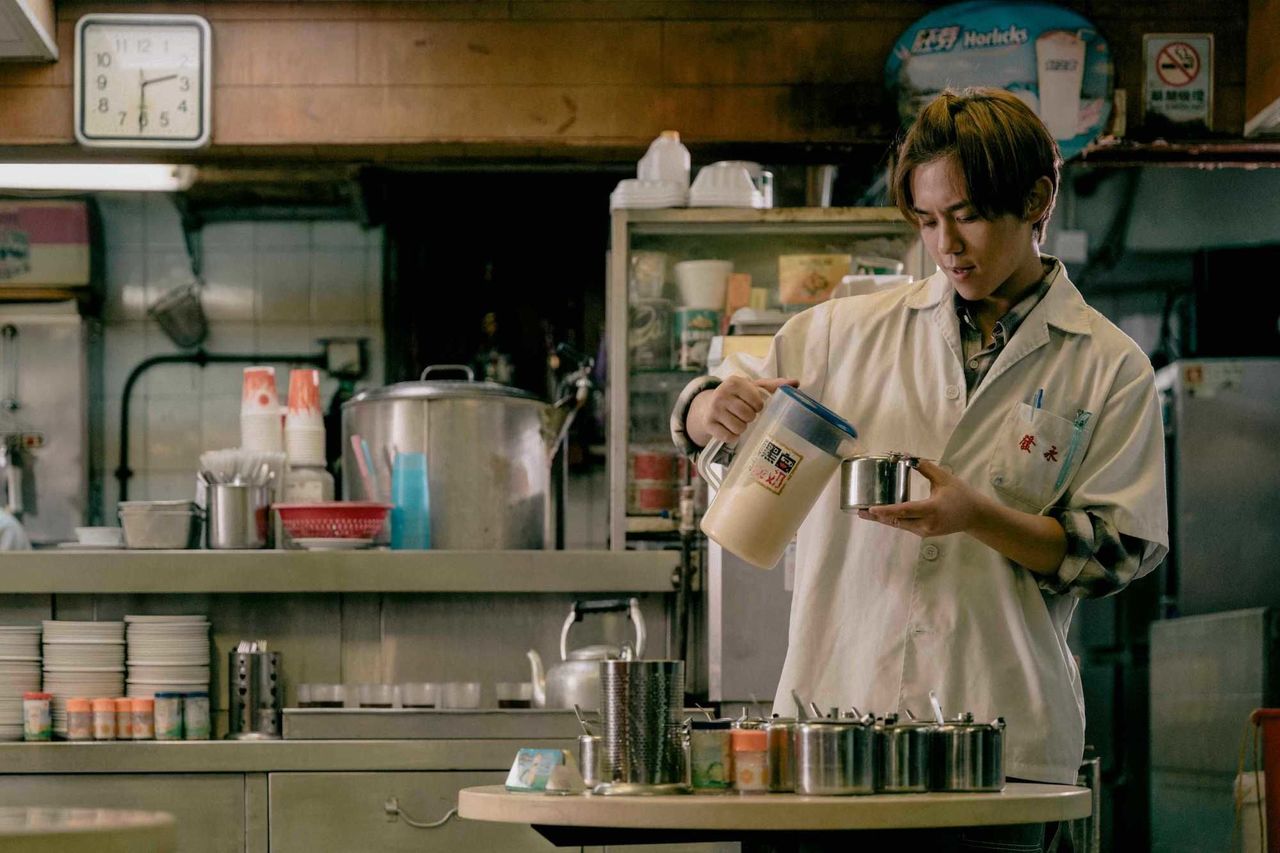 Keung To in Mama’s Affair.

Low-budget film The Sparring Partner, a rare real-life crime drama which opened late last month, grossed HK$30.8 million in four weeks. It was given a restrictive category III rating, which means it is for viewers aged 18 and above.

The film was inspired by a grisly double murder in Hong Kong in 2013, when a 28-year-old man killed his parents and dismembered their bodies.

Directed by first-timer Ho Cheuk-tin, it is a mix of murder mystery and courtroom drama with reflections on human nature, truth, justice and the city’s law enforcement system, and also features thought-provoking debates in the jury room. It will be made available on the streaming platform Netflix.

The producer, Philip Yung Tsz-kwong, a critic-turned-director with works such as the award-winning true-crime drama Port of Call (2015), said the recent success of several local films was a good sign for the city’s industry.

“The recovery trend is very obvious as the box office speaks for itself,” he said. “It may be due to the prevailing social sentiment, Hongkongers’ growing sense of belonging, viewers’ preference for discussion and the fact that Hongkongers have been starving for good films for a long time.”

He said the films might also have offered Hong Kong audiences a way to vent their emotions and concerns over issues such as emigration, family reunions and the issue of justice during these times of uncertainty and political change.

“Nowadays, purely entertaining movies hardly appeal to audiences. They like to have a discussion and share their feelings about issues when they watch a movie. This is a new movie phenomenon,” he said.

Tenky Tin said he could not say the film industry was on track to recovery as investors appeared to have a wait-and-see attitude on committing to new projects.

“There are not many new projects in the pipeline. Filmmakers are still watching to see if the recent boom is an one-off phenomenon or whether movies which touch on Hong Kong’s social phenomena have a long-lasting appeal,” he said.

But he added that the recent box office successes gave filmmakers hope to look beyond co-productions released on the mainland, which undergo a long, complex approval process with restrictions on topics and content.

Culture critic Perry Lam Pui-li did not think recent local films reflected hard on social issues, saying that in fact, they tended to avoid sensitive topics or commentary on the city’s 2019 anti-government protests.

“I only notice that many well-known directors have been silent or absent from local cinema over the past few years. Where are they now?” he said.

“There is a lack of awakening from recent local films. The movies should address how Hongkongers are struggling over values, beliefs and relationships. But moviemakers don’t dare to touch on these inconvenient truths.”