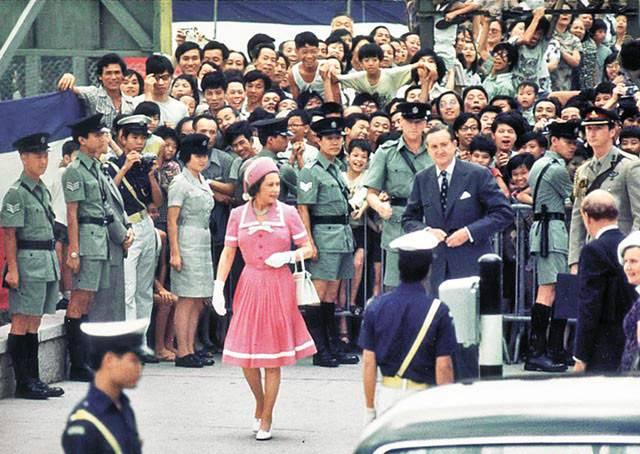 Many Hong Kongers took to social media on Friday to mourn Queen Elizabeth II, a woman affectionately nicknamed "boss lady" among older residents in a city that was one of Britain's last colonies.
Elizabeth visited Hong Kong twice during her reign, while her son -- now King Charles III -- was present for the handover to China in 1997.

"My grandmother who raised me always spoke of the 'boss lady', I heard about her so much she felt like family... Today it's like a family member passed away," Facebook user Vincent Lam wrote.

"It's the end of an era... Thank you for your lifetime of devotion," read another post on the Facebook group Hong Kong Reminiscence that garnered nearly 4,000 likes within hours of Elizabeth's death, news of which broke overnight in the city.

Britain has seen two major waves of Hong Kong immigration in recent decades -- the first in the run-up to the handover, and the second over the last two years as China cracks down on political dissent.

Many of those reacting overnight were doing so from their new home.

"She always (has) our highest respect... I'll miss her," said Lok Cheung, a popular Hong Kong tech YouTuber who recently emigrated to Britain.

"Hong Kong Worker", a comic artist who has also relocated, drew a panel of himself telling the queen: "Thank you for giving us a Hong Kong that was once beautiful."

Many democracy supporters, however, came to view the British era more favorably once authoritarian China began ratcheting up control of the city, even waving colonial flags during huge protests in 2019 that incensed Beijing.

China imposed a sweeping national security law in the aftermath of those protests and has cracked down on any actions it deems "foreign collusion", which could make mourning Elizabeth II risky in Hong Kong in the current climate.

Nathan Law, a prominent pro-democracy politician who now lives in Britain and is wanted by Hong Kong police under the security law, said the queen nonetheless had a special place in many Hong Kongers' hearts.