Boris Johnson's Three Years, Studded With One Scandal After Another

Boris Johnson bowed to the inevitable after the mass resignation of members of his government, including Chancellor of the Exchequer Rishi Sunak, as a mounting number of Conservative MPs launched excoriating public attacks on his judgment, leadership and allegiance to the truth.

Boris Johnson resigned as UK prime minister, bringing the curtain down on a tempestuous three years in office marred by a succession of scandals that culminated in the rebellion of his own cabinet and parliamentary group.

Johnson, 58, bowed to the inevitable after the mass resignation of members of his government, including Chancellor of the Exchequer Rishi Sunak, as a mounting number of Conservative MPs launched excoriating public attacks on his judgment, leadership and allegiance to the truth.

He'll leave a nation mired in political and economic uncertainty and still showing the strains of his singular though deeply divisive triumph -- the UK's exit from the European Union -- as it confronts surging inflation, potential recession and the threat of widespread industrial action. The Conservatives trail the main opposition Labour Party in the polls, their past reputation for sleaze revived on Johnson's watch.

Johnson wants stay on as caretaker premier until October while the Tories elect a new leader, the people said. Whether or not his party allows him to remain in office for that long, possible successors are already lining up. They include Foreign Secretary Liz Truss, Trade Minister Penny Mordaunt, Defence Secretary Ben Wallace and the newly installed chancellor, Nadhim Zahawi, as well as Sunak and ex-Health Minister Sajid Javid -- who both quit the cabinet on Tuesday. The field is likely to swell. 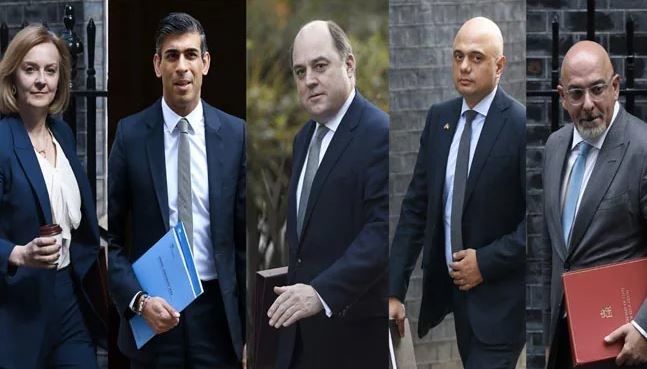 Johnson's position became untenable on Wednesday after a day of drama in Westminster that saw him confronted by Tory MPs, told to resign at Prime Ministers Questions in the House of Commons, and a delegation of cabinet ministers head to Downing Street to tell him his time was up. By Thursday, with even his new appointments calling on him to go, Johnson conceded defeat.

It's a humiliating end to a political career that included his landslide election victory in December 2019 promising to "Get Brexit Done." That was the high point for a premier who idolized Britain's wartime leader Winston Churchill, his tenure fatally undermined by the constant drip-feed of scandal that eroded Downing Street's reputation for probity.

The final straw came with the prime minister's decision to promote an MP, Chris Pincher, to a senior government role despite knowing of a formal complaint into inappropriate behavior. Johnson then failed to come clean quickly enough on what he knew when Pincher was reported as having erred again last week. 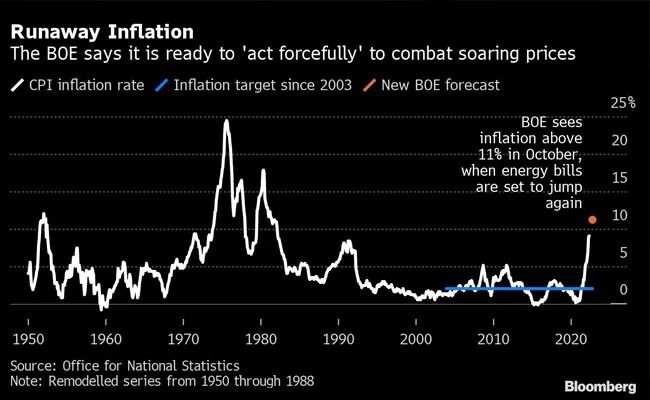 While perhaps not the most lurid revelation in the annals of Westminster scandal, it added to the cumulative sense of a prime minister who flaunted his disregard for the rules. It was compounded by the fact that junior ministers and MPs were fed with erroneous information to repeat before the cameras, making them accessories to the falsehood.

That led to the resignations on Tuesday of two of Johnson's most senior Cabinet members, Sunak and Javid, with the latter saying he had lost confidence in the prime minister. "We cannot go on like this," Sunak told the premier.

Wednesday witnessed the departure of a slew of other government officials even as Johnson warned plotting rebel Conservatives he would fight any attempt to oust him, and told parliament that he would "keep going."

Concerns over Johnson's leadership had been growing for weeks and recently snowballed. It was only on June 6 that he narrowly survived a confidence vote among Tory MPs.

That was triggered after he became the first sitting prime minister found to have broken the law in office. He was fined by the police in April for attending a 2020 party in Downing Street while the nation was subjected to government-enforced lockdowns aimed at battling the coronavirus. Dozens of his administration's officials were also sanctioned for their involvement in so-called Partygate.

Johnson marched on undaunted, only to incur the ire of his party again.

Whoever replaces him -- by winning a vote of Tory MPs and a subsequent ballot of party members -- will inherit an economy buffeted by a cost-of-living crisis as inflation accelerates the most in four decades.

Unrest among workers is already fomenting as rail staff, postal workers, teachers and trial lawyers all declare walkouts or debate doing so, prompting parallels with the 1970s and the era's mix of runaway prices and work stoppages.

The new leader will also have to repair a fractured party that's looking tired after 12 years in power and suffered as Johnson's administration has lurched from one crisis to another. And they'll have to mend relations with the EU that have been strained to near breaking point by Johnson's threats to renege on the Brexit agreement he negotiated.

US President Joe Biden has also made clear his concern at Johnson's bid to dismantle the arrangements that keep Northern Ireland in the bloc's single market, while creating a customs border with the rest of the UK. Johnson enjoyed close relations with former President Donald Trump, yet his ties with Biden have been cooler.

A onetime journalist who served as Mayor of London for two terms and also as Foreign Secretary, Johnson never painted himself as a saint and indeed used his reputation as something of a rogue to draw public support. 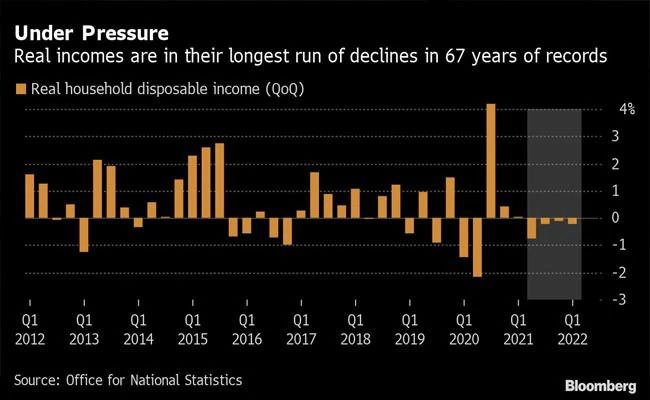 His aspirations to higher office were evident in his decision to break with Prime Minister David Cameron and back Brexit in the 2016 referendum, while his popularity partly accounts for the close vote in favor of leaving the bloc in defiance of the opinion polls.

He went on to goad Cameron's successor, Theresa May, from the back benches, pressing for a clean break from the EU and opposing her more conciliatory stance in negotiations with Brussels until she, too, was forced out and he took her place in July 2019.

In the election of that year, his Conservatives won a large majority because of Johnson's "Get Brexit Done" messaging and his ability to attract northern English voters who had traditionally preferred Labour.

His successor will need to find ways to rally similar support from the "Red Wall," especially as Johnson struggled to deliver on his campaign promise to "level up" the British economy. They'll also have to regain the trust of traditional Tories in rural and southern areas who abandoned the party in droves in favor of the Liberal Democrats at three special elections in little over a year.

The good news for the new resident of 10 Downing Street is no general election is due until 2025.

Johnson's successes include the rapid rollout of a coronavirus vaccine -- the UK-developed AstraZeneca shot -- even as made headlines for being hospitalized in intensive care during the early days of the pandemic. And he won plaudits for Britain's military and financial support for Ukraine as it battles Russia, earning praise from President Volodymyr Zelenskiy.

In the end, though, the sense of scandal prevailed over all else.

As well as "Partygate," Johnson's standing was damaged by a botched attempt last year to help Conservative MP Owen Paterson evade an ethics probe. There were also questions over how the refurbishment of the premier's Downing Street apartment was paid for.

Poor results in local balloting in May followed by stinging defeats in two special elections in June offered evidence to his most staunch supporters that Johnson was turning from a vote winner to an electoral liability.

The scandal that ultimately toppled Johnson was the revelation that he'd known of allegations about Pincher's behavior two years before promoting him. That was exacerbated by Downing Street's changing position about exactly what Johnson knew and when.

Colleagues eventually grew tired of his apparent inability to be honest and open with the public, opting instead for a strategy of deflecting blame or simply hoping awkward questions would fizzle out.

It worked for a while.

But in the end, Johnson -- who as a schoolboy declared he wanted to be "world king" -- is unlikely to spend much more time in Number 10 than Theresa May, whose premiership he torpedoed.