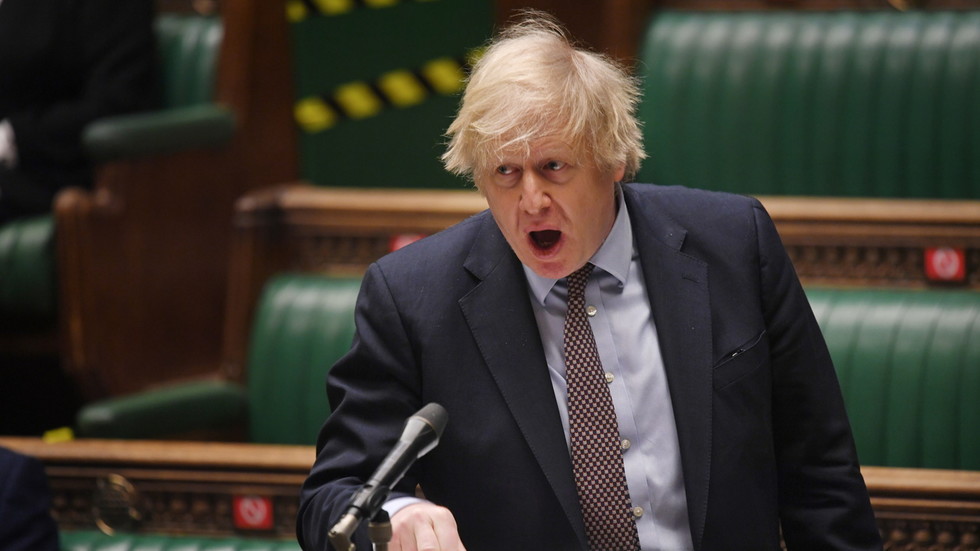 The UK has not blocked Covid-19 vaccines from reaching the EU, Prime Minister Boris Johnson said on Wednesday, in response to Brussels’ claims that Britain had halted such exports due to an ongoing tussle over the shots.
“Let me be clear: we have not blocked the export of a single Covid-19 vaccine or vaccine component,” Johnson told MPs in the UK Parliament.

“We oppose vaccine nationalism in all its forms,” the PM continued, adding that he called on all MPs to reject accusations made by the European Council president, Charles Michel.

In his weekly briefing, published on Tuesday, Michel said he was “shocked” to hear that accusations of “vaccine nationalism” had been levelled at the EU.

“The facts do not lie. The United Kingdom and the United States have imposed an outright ban on the export of vaccines or vaccine components produced on their territory,” his statement read.

On Tuesday, UK Foreign Secretary Dominic Raab was reported to have written to Michel and summoned a member of the EU’s delegation to the UK to a meeting in Whitehall in response to the comments.

This latest row is part of a wider rift between Brussels and London over vaccine exports to the EU, which has suffered shortages of the Pfizer-BioNTech, Moderna and AstraZeneca jabs due to production issues.

AstraZeneca, in particular, drew the ire of Brussels after the British-Swedish pharmaceutical company announced in January that it would slash its deliveries to the EU from 80 million doses to 31 million in the first quarter of 2021.

The EU saw the move as AstraZeneca’s failure to honour its contract and took a number of countermeasures, including the introduction of vaccine export controls to limit the number of doses leaving the 27-member bloc.