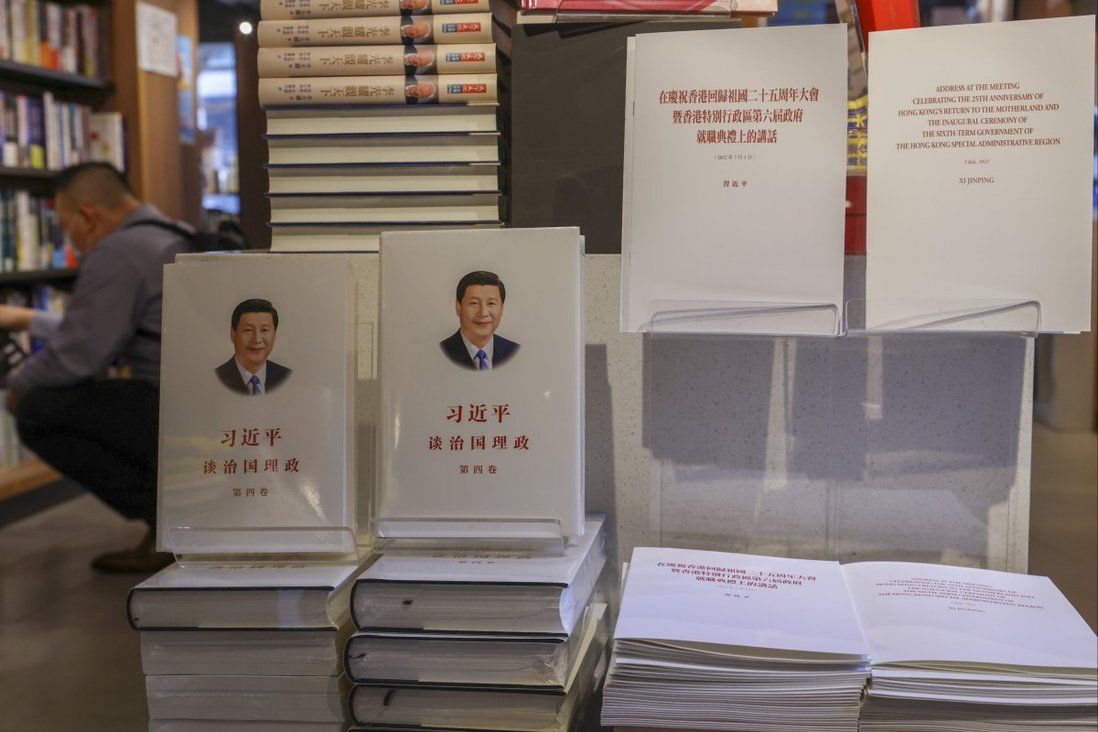 A major publishing group in Hong Kong controlled by Beijing’s liaison office has begun selling booklets of a recent speech by Chinese President Xi Jinping, the first time his remarks in a traditional Chinese version have been available at the city’s bookstores.

The booklets, which Sino United Publishing (SUP) began selling on Friday, together with a recent webinar devoted to examining the spirit of Xi’s 2,850-word address held by the social welfare sector, mark the adoption in Hong Kong of a practice common on mainland China of treating the president’s remarks as deserving intense study.

The booklets, in traditional Chinese and English versions, featuring Xi’s full speech made at the inauguration ceremony of the new administration of Chief Executive John Lee Ka-chiu, were available for HK$18 (US$2.30) each at large bookstores across the city.

“The publishing of the president’s important speech will assist Hong Kong, Macau and overseas readers in learning the spirit of his speech to build a deeper understanding of the implementation and prospects of the ‘one country, two systems’,” state-run Xinhua News Agency reported on Friday.

A spokeswoman for SUP, controlled by Beijing’s liaison office in Hong Kong via Bauhinia Culture Holdings, told the Post it was the first time a speech by Xi had been published in traditional Chinese, commonly used in Hong Kong and Macau.

She said that following the state leader’s previous visit to Hong Kong five years ago, only simplified Chinese booklets containing his speeches had been available in local bookstores.

She added the new booklets were not only available on bookshelves at its more than 50 branches, including Commercial Press, Joint Publishing and the Chung Hwa Book Company, but they would also be distributed to schools.

“People won’t feel turned off when they see the speech available on the bookshelves as long as they are not forced to read it,” he said. “But it remains a question if official ideology could be fixed in people’s minds with this hard-selling approach.”

Meanwhile, more than 400 representatives from social service organisations gathered for the 2.5-hour webinar on Friday to study the spirit of Xi’s comments, the first of its kind held by the sector. Over the week, events devoted to the same purpose were held by the business and information technology sectors, as well as civil servants.

“A minority of people think that the social welfare sector should remain neutral and focus on their service, without involving themselves in political issues,” he said.

“But as President Xi had said, people’s livelihood is the biggest part of politics … The sector should have the commitment to improve people’s overall well-being.”

During the event, Secretary for Labour and Welfare Chris Sun Yuk-han pledged to extensively solicit views from the sector in hopes of achieving breakthroughs in solving deep-rooted problems, and deepen the sector’s integration with the mainland.

The webinar was also attended by political heavyweights including Tam Yiu-chung, the city’ sole delegate to the National People’s Congress Standing Committee, the country’s top legislative body; and Bernard Chan, former convenor of the Executive Council.

Chan conceded that such study sessions were still uncommon in Hong Kong, but he said he believed that discussion of Xi’s speech would boost the sector’s confidence in the implementation of the one country, two systems principle in Hong Kong.

In his speech on July 1, Xi raised “four musts” for Lee’s administration: implement the principle of one country, two systems; uphold Beijing’s overall jurisdiction while securing Hong Kong’s high degree of autonomy; ensure that the city was administered by patriots; and maintain the city’s distinctive advantages.

The “four expectations” he also laid down were to improve governance, create strong impetus for growth, address people’s concerns in their livelihood and safeguard harmony and stability.

Speaking to the Post after the seminar, social welfare sector lawmaker Tik Chi-yuen said he regarded the event as an occasion for industry representatives to express their expectations of the new administration, instead of one that served the ideological aims of the authorities.

“We were free to speak our minds. It’s not even close to the propaganda efforts seen on the mainland,” he said.