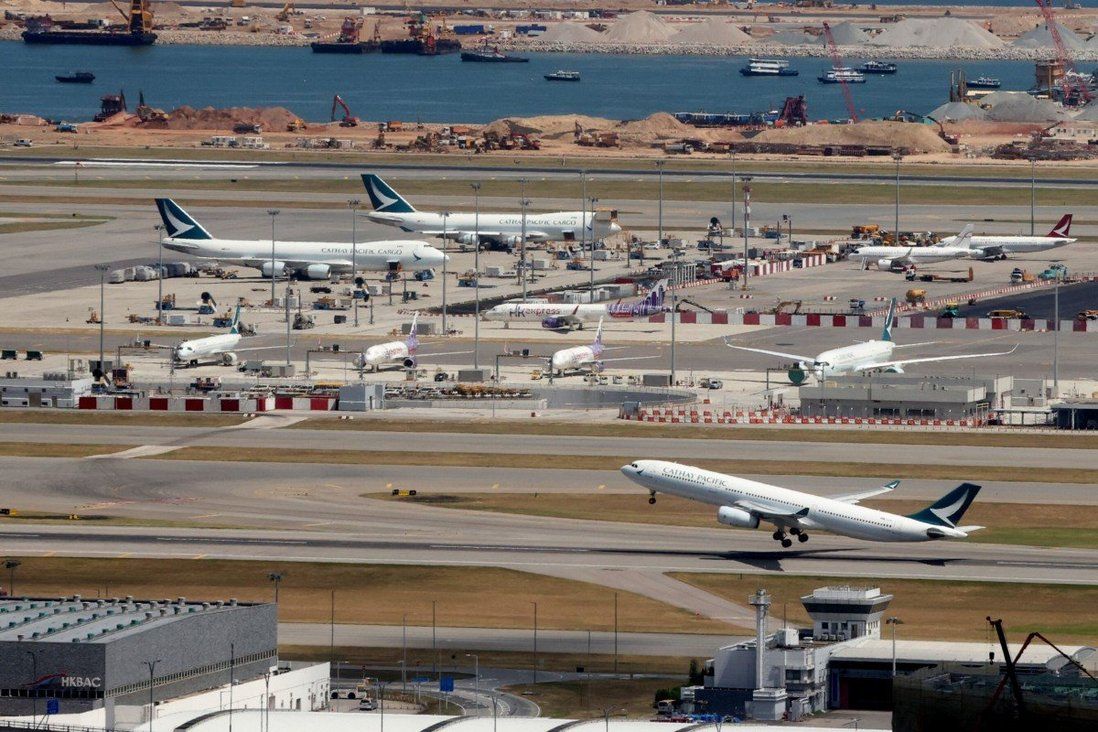 A bomb threat sparked the emergency evacuation of about 30 passengers on a Cathay Pacific flight from Hong Kong that had just landed in Beijing, the airline confirmed on Sunday.

The evacuation occurred after flight CX390 landed at Beijing Capital International Airport at around noon on Saturday, with passengers and crew members escaping via emergency slides.

The airline said in a statement on Sunday “a small number” of passengers sustained minor bruises during the operation. Medical care was provided and no one on board the Airbus 330 required hospitalisation.

A source with knowledge of the incident said about 30 passengers were on board.

The company confirmed emergency slides were used to evacuate those on board as a precautionary measure, after authorities received messages concerning a supposed security threat. 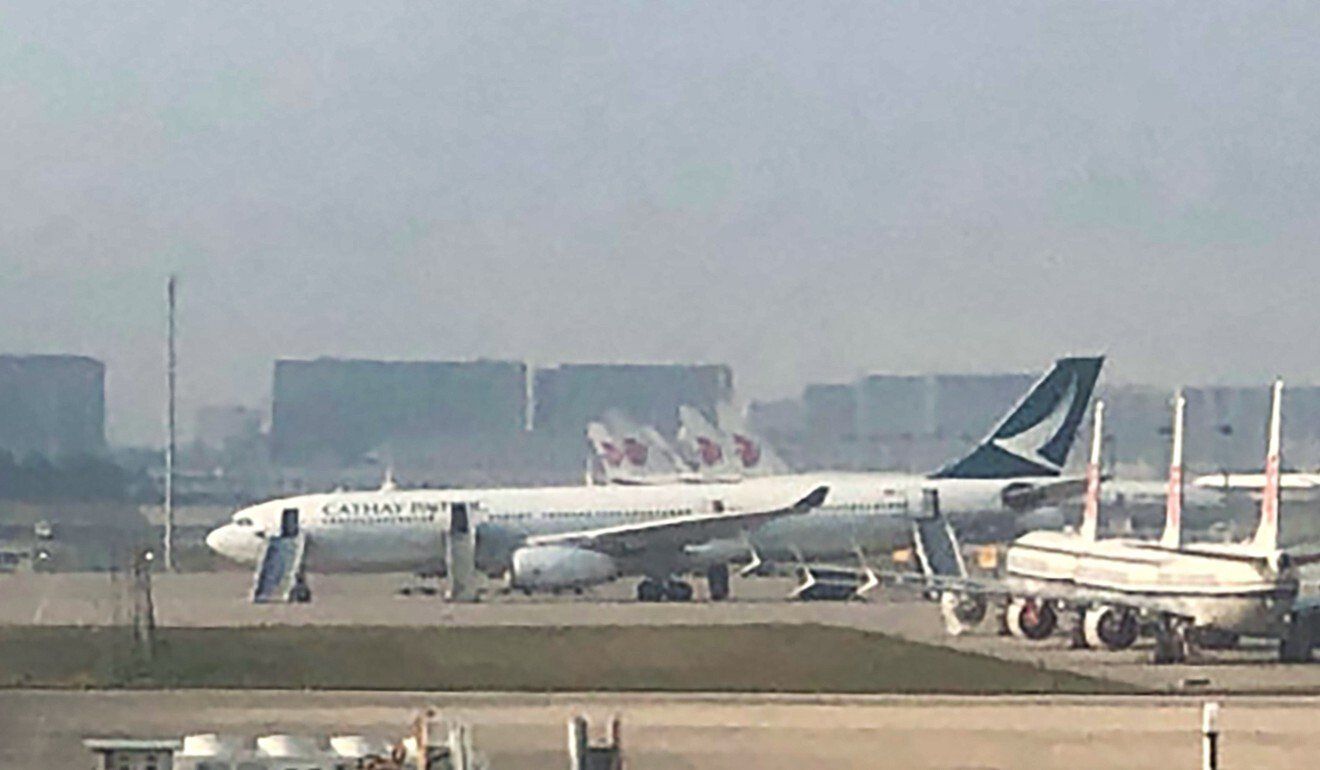 A photo shows the plane on the tarmac in Beijing with its emergency slides deployed.

A woman said her 70-year-old father took the flight, which touched down in the capital after leaving Hong Kong at about 9am.

She quoted her father as saying that after the aircraft arrived at the apron, the crew looked nervous and whispered to each other from time to time. They also opened the overhead luggage compartments and examined them one by one.

The emergency exits were opened but the crew reportedly did not explain the situation to passengers. Worried passengers followed instructions, sliding down and leaving the cabin.

She told the media the slides were too steep and uneven. Some passengers suffered cuts and were bleeding, including her father. Personnel in full protective equipment then boarded the aircraft for investigation.

She added that passengers were exposed to the sun on the tarmac for more than 1½ hours.

The airline said: “We will continue to provide necessary assistance and support to the concerned passengers. The airline will also continue to cooperate with the authorities on the investigation.”

Hong Kong police said they received a call at about 10.40am on Saturday, claiming a bomb had been placed on a mainland China-bound flight which had already departed. Relevant procedures were initiated to handle the call.

The force said it had classified the incident as a bomb hoax. An airport district investigation team was following up. No arrests have been made.

The maximum penalty for making a false bomb threat is a fine of HK$150,000 and five years in jail.