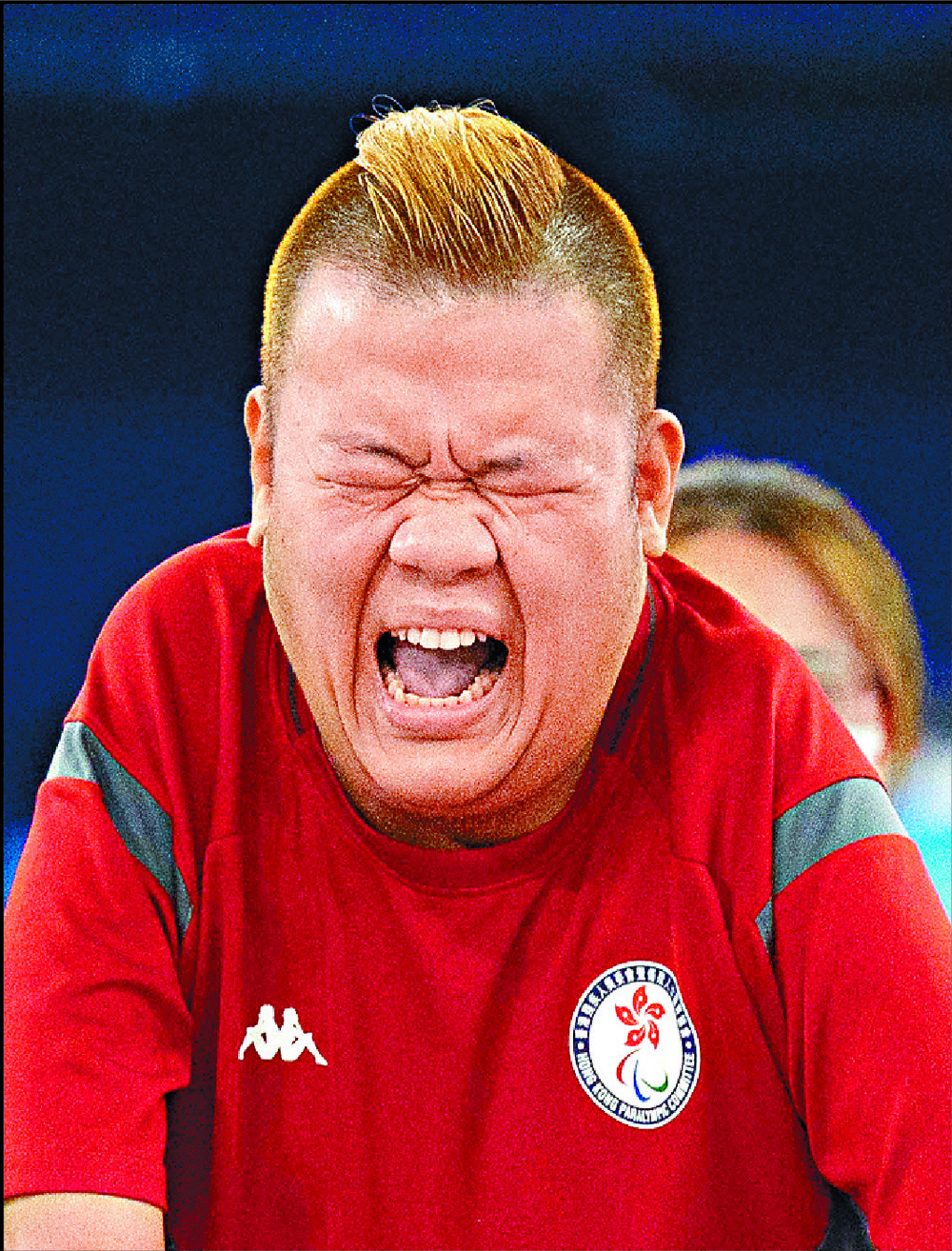 Leung, playing in his fifth Paralympics, started the game strong by winning four points in the first end, but 32-year-old Zheng, a silver medalist in the 2012 London Paralympics, tied the game at 4-4 to enter the final end.

However, Leung was able to calm himself and gave a steady performance in the final end to snatch the critical point and match 5-4.

After a bumpy start in group-stage matches, he gave a victory cheer before bursting into tears.

Having bagged three golds and one silver in his past Paralympics, it was still a special moment for Leung because this time, his wife and assistant coach, Sze Shan-shan, hung the medal around Leung's neck.

He thanked his wife, who has been an assistant boccia coach for the Hong Kong team for years, and head coach Kwok Hart-wing.

Leung will make another appearance today in the class BC4 pairs event with teammates Vivian Lau Wai-yan and Wong Kwan-hang. They will be facing Japan.

Back in Hong Kong, wheelchair fencers Alison Yu Chui-yee, Charissa Justine Ng and Chung Yuen-ping, who placed fourth in the women's foil team event, said they were disappointed to come home without a medal, but they have their eyes on the world championships and the Asian Para Games.