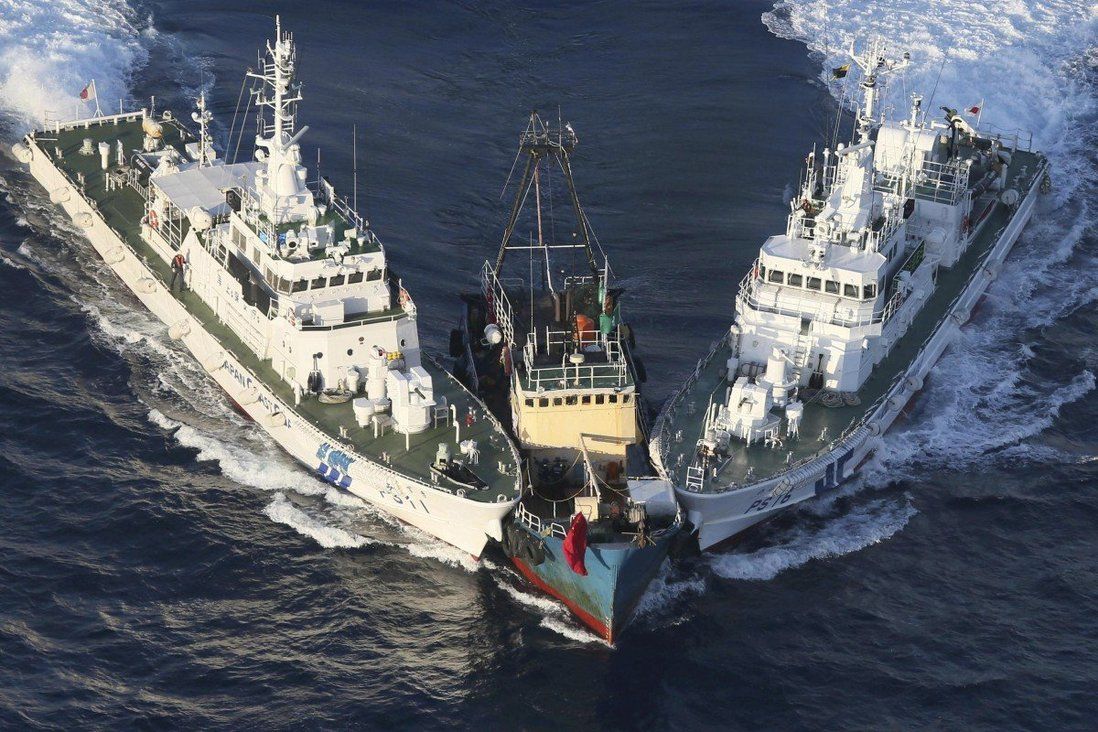 Activists took the Kai Fung No 2 to disputed islands and planted Chinese flag in 2012 during flare-up of territorial row with Japan.

A fishing boat that Hong Kong activists sailed to the Diaoyus in the East China Sea in a bid to assert national sovereignty over the disputed islands sank a month ago due to poor maintenance, advocates revealed on Sunday.

The Kai Fung No 2, which protesters took to the group of islets and barren rocks in 2012, was anchored at the Shau Kei Wan typhoon shelter on eastern Hong Kong Island after the voyage and remained abandoned for years as activists could not afford maintenance and repair costs.

The Action Committee for Defending the Diaoyu Islands, which had operated the vessel spanning 33 metres (108 feet), on Sunday said the government should be held responsible for the fate of the boat. 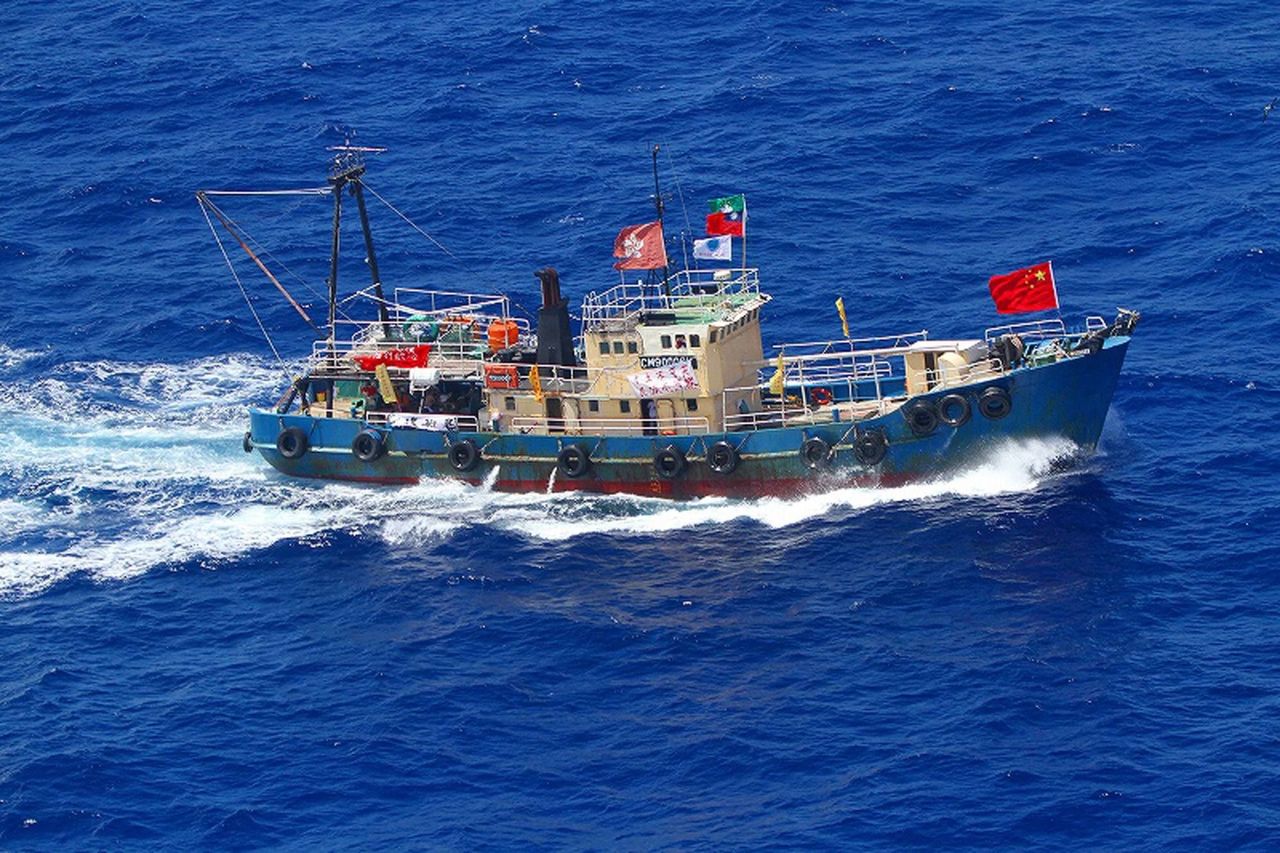 The Kai Fung No 2 used in a protest voyage to assert Chinese sovereignty over disputed islands in the East China Sea sank a month ago, according to activists.

“We had wanted to go to Diaoyu Islands to protest [again], but the government did not permit us to do so. We were forced to anchor the boat at the shelter and its condition just got worse and worse. It is a sad ending,” said committee member Chan Yu-nam, noting that Monday was the 10th anniversary of their last landing on the uninhabited islands.

Despite the loss of the boat, Chan remained committed to the cause, pledging: “We will not give up our work to assert Chinese sovereignty over Diaoyu Islands.”

Tsang Kin-shing, another activist from the committee, was among the group that set foot on the islands a decade ago.

“It is sad to see Kai Fung No 2 end up sinking to the bottom of the sea. We will not give up. But another protest voyage to the Diaoyu Islands is not very likely in the near future,” he said.

The islands are administered by Japan, which calls them the Senkakus, but they are also claimed by mainland China and Taiwan. They sit about 170km (106 miles) northeast of Taiwan and 410km west of Okinawa. 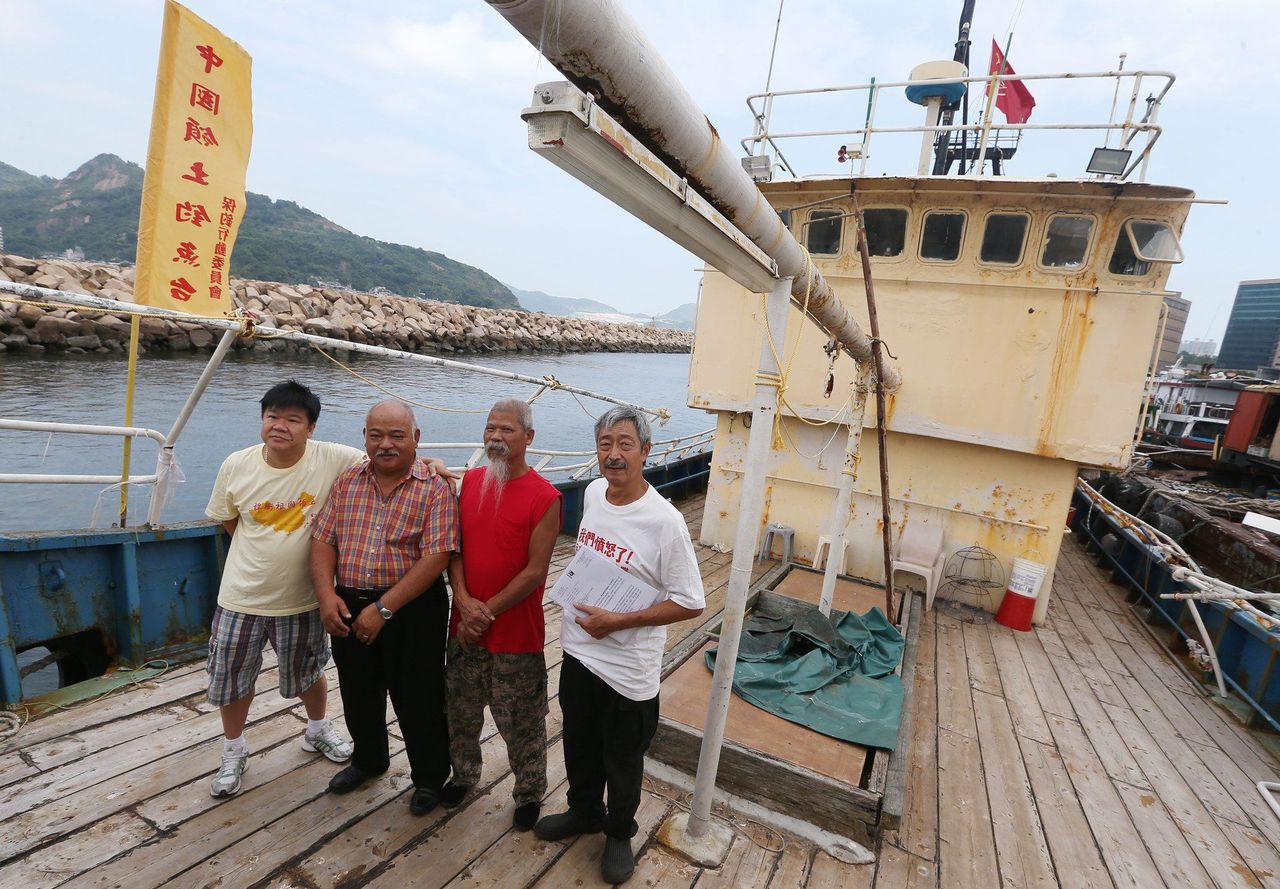 The long-running dispute flared up in 2012 after Japan’s then prime minister Yoshihiko Noda nationalised the islands. Beijing insisted the move was part of an anti-China conspiracy to strengthen Tokyo’s claim.

Since then, Chinese government ships have made regular visits to the disputed waters surrounding the islands, as part of what analysts call a long-term strategy of wearing down Japan’s will to keep enforcing its claims.

It was reported that the Hong Kong activists bought the second-hand boat in 2006 for about HK$700,000. They made a voyage in 2006 to mark the 10th anniversary of the death of another Diaoyu activist, David Chan Yuk-cheung, who drowned while he and several others, tied by ropes to a still-moving freighter, tried to swim in the waters off the Diaoyus.

On the 2012 expedition, the 14-member party was intercepted by Japanese coastguard vessels as they approached the archipelago, but managed to set foot on the main island and plant a Chinese flag in the first successful landing by Hong Kong activists in 16 years. The eight protesters who pitched the flag were arrested and later deported along with the rest of the party.

Protesters had planned to go to the Diaoyus again in 2014, but the Kai Fung 2 was intercepted by Hong Kong marine police.

Activist Lo Hom-chau and skipper Shek Tao-shing were convicted after a trial on a count of endangering the safety of others at sea and another count of attempting to leave Hong Kong waters without permission. They were given suspended jail terms.

According to the Hong Kong Marine Department, Kai Fung 2 was registered as a class three vessel, which can be used for fishing.

The boat was almost destroyed by Super Typhoon Mangkhut, the most intense storm recorded in the city, in 2018.

In 2020, Lo said they found water was entering the vessel and they would need as much as HK$4 million (US$510,42o) for repairs, or else they would take Kai Fung No 2 to a scrapyard for dismantling.

Lo on Sunday said their fundraising bid in 2020 was unsuccessful partly because of the economic downturn triggered by the Covid-19 pandemic.