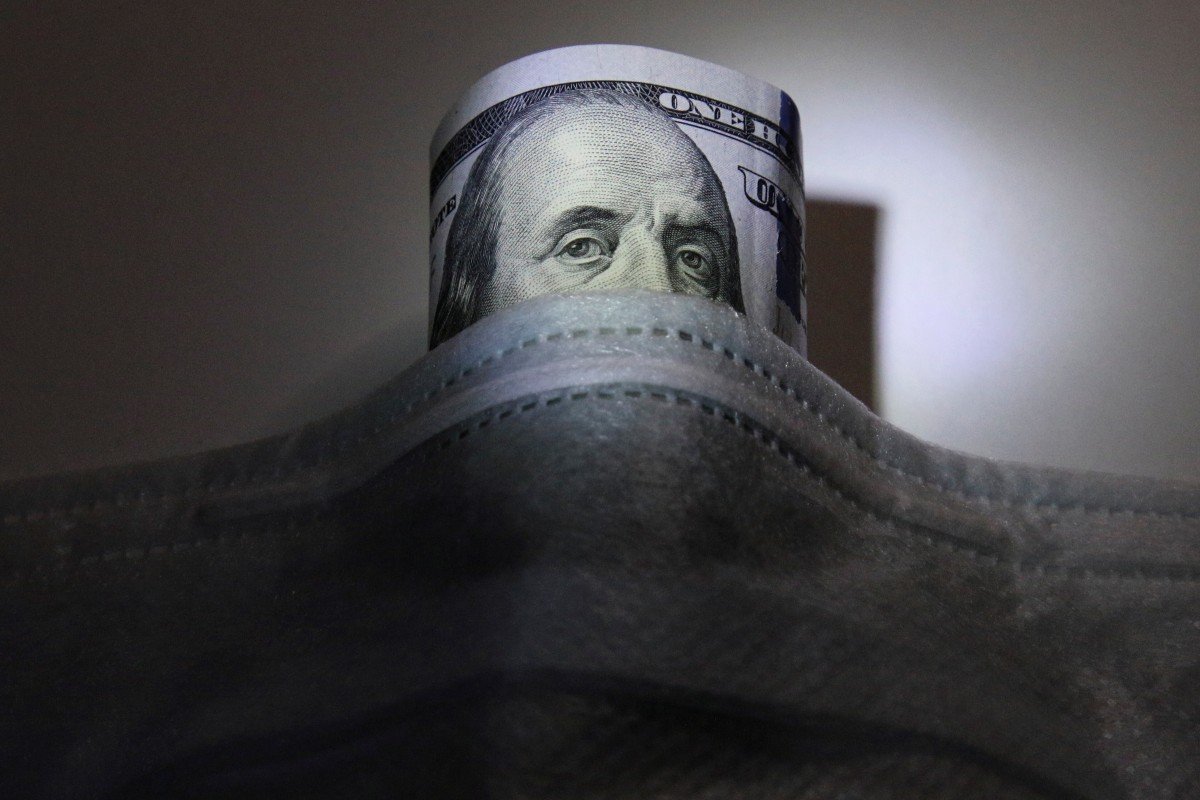 A fresh stimulus package worth at least US$1 trillion could spell relief for millions of Americans in pandemic, but could raise financial stability risks. Federal Reserve’s aggressiveness in easing financial conditions has succeeded in halting a further decline in the US economy, but that could change if major companies start going bankrupt

With the United States expected to double down on its fiscal stimulus measures to mitigate the economic fallout from the coronavirus pandemic, and the Federal Reserve continuing its aggressive monetary policy easing, there is a rising risk of a sudden loss of confidence in the US dollar, according to a former senior executive with the International Monetary Fund (IMF).

Zhu Min, who was deputy managing director of the IMF from 2011 to 2016, said the US dollar’s position as the dominant global currency was at risk of being eroded because of mounting US government debt.

The US Congress is considering a fresh round of relief to support the US economy that will likely cost at least US$1 trillion on top of the more than US$2 trillion passed earlier this year. Leaders of the Democratic-led House of Representatives and Republican-led Senate will have to reach a compromise on separate bills, with the House having already passed a US$3 trillion package, while the Senate is expected to pass a smaller bill of about US$1 trillion in the coming days.

“The concern isn’t whether the US dollar will see an accumulated decline of 30 per cent in the future, but whether there will be a blow-up event that causes a sudden loss of confidence in the US dollar, and its market to collapse,” said Zhu, who is currently head of the National Financial Research Institute at Tsinghua University in Beijing.

At the same time, companies have become much more vulnerable globally compared with during the 2008 global financial crisis because the low interest rate environment has sharply boosted corporate borrowing, Zhu said.

While the Federal Reserve’s aggressiveness in easing financial conditions has succeeded in halting a further decline in the US economy, companies could still go bankrupt as they adapt to the new norm where work resumption must coexist with social-distancing measures because the Covid-19 crisis has persisted longer than expected, Zhu said.

“So, the question of whether there will be a financial crisis will depend on whether a major company will be the next to go bankrupt, and thereby result in a jump in the corporate default ratio, leading to a sovereign debt crisis,” Zhu said.

The US became the lender of choice for many countries that were willing to buy US-dollar-denominated bonds. This provided the US with what’s been dubbed an “exorbitant privilege” to run with soaring public deficits and debt, as international funds have chased the safe-haven status of US dollars and assets during times of turmoil.

Indeed, foreign investor demand for US dollars, equities and bonds surged earlier this year amid worries over a global economic recession, pushing the US currency to a three-year high in March.

But the global role of the US dollar is being complicated by America’s engagement in a geopolitical struggle with China, said Michael Every, a global strategist at Rabobank.

“Past an unknown critical threshold, [using monetary policy to deal with public deficit] could see the collapse of US dollar currency hegemony as people lose faith in it,” Every said. “All systems can only be pushed so far. Does the world still want a US-dollar-centric system if US dollars are openly printed to fund the state spending that drives the external deficit?”

The most recent figures from the Swift system showed that the US currency is still by and large the most widely used in international transactions, accounting for 40.33 per cent on traffic on the Swift international payments system.

The top position in the share of official foreign exchange reserves is held by the US dollar, at 62 per cent in the first quarter, followed by the euro at 20 per cent, according to IMF data. The Japanese yen was third at 6 per cent, and the British pound took fourth place at 4 per cent.

The Chinese yuan’s share of Swift transactions was just 1.76 per cent, and its share of global currency reserves was just 2 per cent, in fifth place. That would make it difficult for the yuan to supplant the global standing of the US dollar, even as Chinese authorities continue to open up the nation’s markets, according to Li Liuyang, a currency analyst at China Merchants Bank who spoke at a media conference held by Refinitiv late last month. The US dollar has been the world’s leading currency since 1919, when it overtook the pound in the aftermath of World War I.

China’s efforts to internationalise the yuan, especially in trade with Asian countries, will be seen as successful if the yuan can increase its global reserve role to match that of the yen or the pound in 10 years, Li said.

Steven Englander, global head of G10 currency research and North America macro strategy at Standard Chartered Bank New York, said the slide in the US dollar’s share of global reserves in the past two decades represents the combination of a lower US dollar share in China’s reserves and the selling of US dollars by reserve managers.

The ability to exploit its reserve currency status for political purposes is reflected in the US’ use of the global financial system to sanction opponents. This began in the Clinton era (1993-2001) and expanded under subsequent administrations. The threat of such sanctions probably conflicts with the US dollar’s public role as a reserve currency, Englander said.

“The US dollar looks worse as a reserve currency when financial markets are tranquil,” Englander said. “When the liquidity is no longer required, unneeded US dollar balances will be put back into the market, and the US dollar will likely fall.”

A sell-off against a basket of major currencies has continued since March, and on Thursday the US dollar hit its lowest level since September 2018.

Oh ya 16 days ago
When it does collapse that will knock the smile a lot of smug faces. And it has been coming for a long time so it should not be a surprise to anyone that has been paying attention
View all comments (1)Add comment