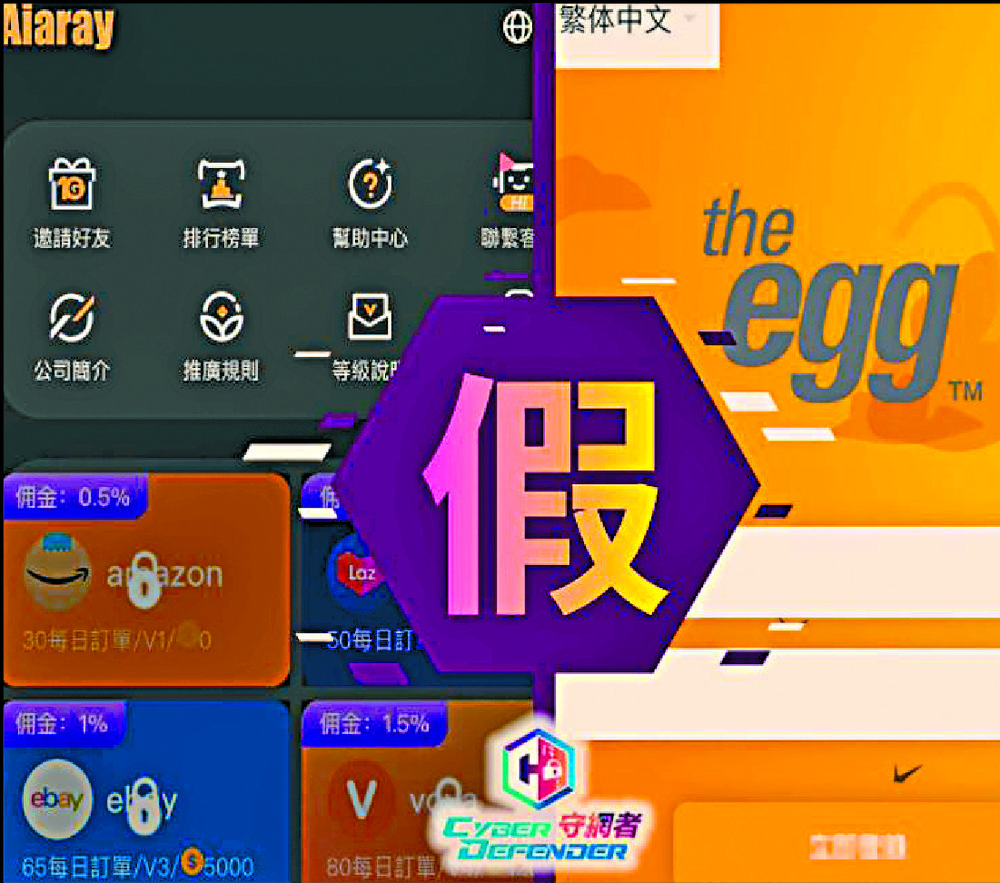 A list of 25 fake recruitment websites, including a site belonging to a Taobao merchant, was released by police after eight victims lost nearly HK$2.56 million - with one losing HK$970,000 - to click-farm scams over a four-day period.
No one has been arrested yet.

One of the victims is a 32-year-old local woman who signed up for a scheme in which recruits make online purchases so as to rack up a store's sales figures and enhance its seller status on shopping platforms.

The woman, Ho, was promised she would earn a commission for her services.

However, she was only given HK$400 in return. Eventually, Ho realized she had been scammed and reported the case to police yesterday.

In another case yesterday, a 24-year-old woman, Yuen, reported to police that she lost around HK$70,000 to scammers.

Similarly, a 54-year-old man, Wong, told police on Saturday he had fallen victim to a click-farm scam.

Wong was asked to write positive online reviews for a restaurant in exchange for commission fees.

However, he had to pay "top-up fees" in order to leave reviews.

Eventually, he spent HK$440,000 on such fees before the scammer cut off contact. The day before Wong lodged his report, three women and two men aged between 26 and 39 had filed scam reports with the police.

Police sounded a note of caution yesterday by posting a list of 25 fake recruitment websites on its Facebook page, warning the public to steer clear of them.

Among them was Taobao store Taohuigou, which specializes in selling kitchen appliances and laundry detergent.

Click-farm scams have become more common not just in Hong Kong but also in Taiwan, Singapore, Malaysia and the mainland, police said.

"People have gotten used to the phenomenon of 'earning money from money' and taking shortcuts after seeing others earn 20- or 30-percent revenue from stocks and non-fungible tokens," it said.

"After seeing that, they think it's normal to earn 10-percent commission for making purchases to boost sales."

In another post on May 20, police said click-farm fraudsters have evolved their tactics by posing as marketing agents and even movie promoters.