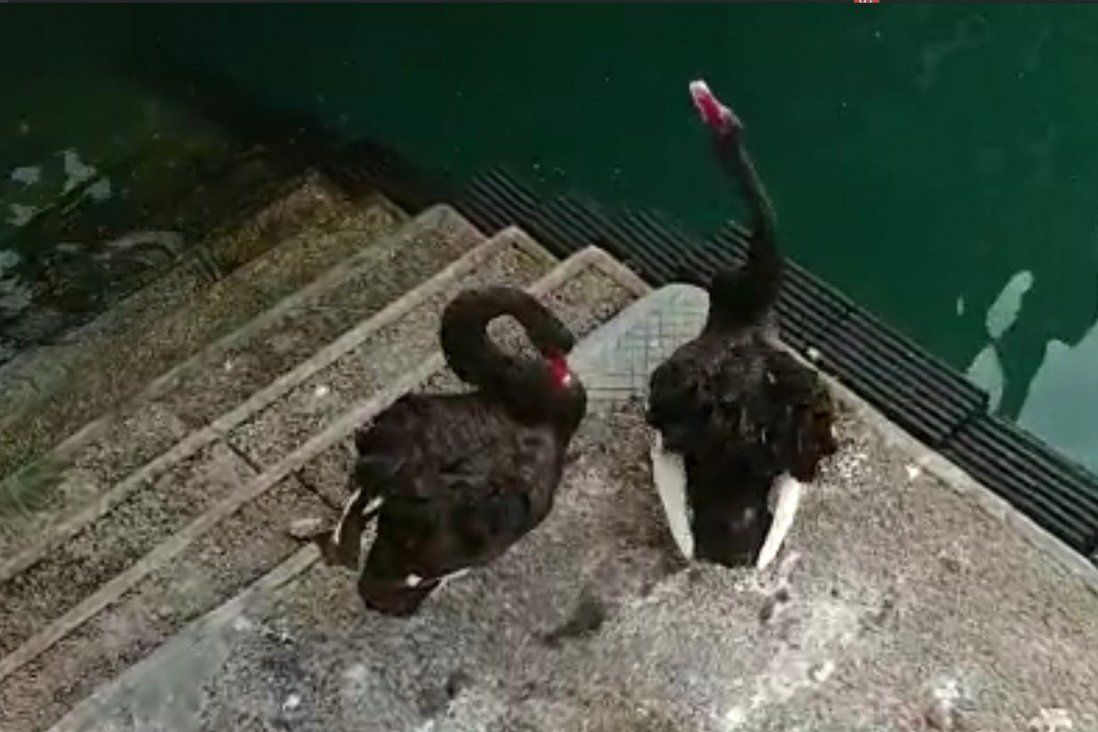 A pair of black swans have been spotted in Victoria Harbour over the past few weeks, stunning passers-by and prompting one of them to capture the birds’ movements with a drone.

The swans, which were first seen at a pier in Yau Ma Tei in early February and last in the sea off Quarry Bay on Friday, could be from a zoo in southern China, or may have escaped from a private collection, according to a bird expert.

Josephine Ma, a Post journalist was astounded when she found the black swans swimming in the sea while walking along the promenade by Quarry Bay Park at around 7pm on Friday.

“I could tell they were swans by their long necks. They were really big birds,” said Ma, “I’ve never seen swans in the sea, let alone swimming in Victoria Harbour.” 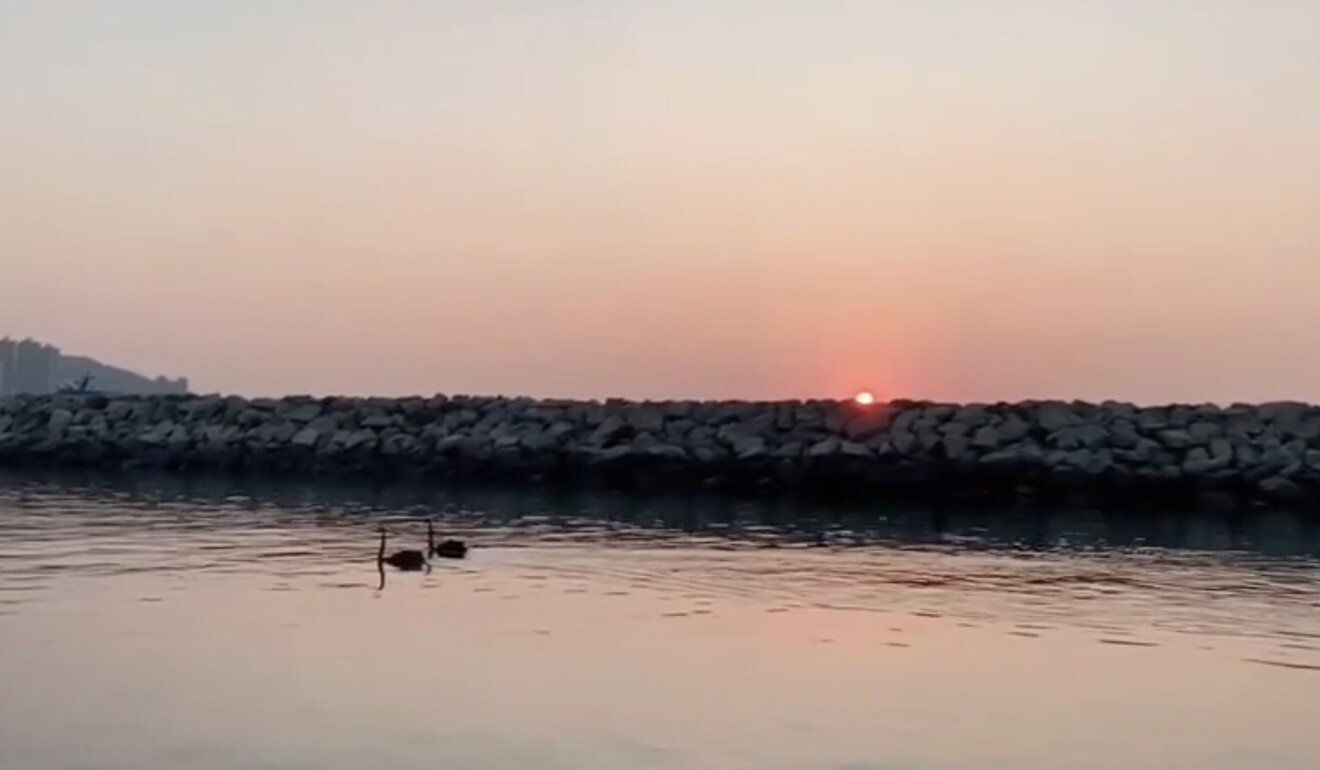 A rare sighting of a pair of black swans in Hong Kong has stunned spectators.

Ma, and a group of around a dozen spectators gathered to take pictures and discuss how the birds ended up there for about half an hour, as the swans tried to find a place near the shore to land.

Eventually the swans gave up, and the crowd watched as the pair turned away, and under the bright lights of the city’s skyline, quickly paddled across the harbour in the direction of the Kai Tak Cruise Terminal.

The Society for the Prevention of Cruelty to Animals said a member of the public contacted them on February 11 about the swans, and inspectors located the birds near a pier in Yau Ma Tei that day, and again four days later.

According to the SPCA, the swans looked healthy and had no visible injuries, but appeared to be scared of people and swam away when inspectors tried to approach them.

Paul Crow, senior conservation officer at Kadoorie Farm and Botanic Garden said the swans were likely to have come from a bird facility or zoo in southern China or escaped from a private home.

According to Crow, black swans are originally native to Australia. Normally they live for around 10 years in the wild, but longer in captivity with easy food and health care.

“I do wonder what they are finding in the harbour,” he said. “Probably scavenging totally inappropriate unhealthy food types … noodles that wash down the drain and dead fish probably!”

Crow was also concerned that if the swans had been held in captivity they risked bringing disease into the wild, and they were at risk in the shipping lanes.

“So, for their own good, they’d be better off being removed out of the wild if possible,” he said.

But the SPCA said any attempt to catch the birds could cause injury or distress, and they preferred to leave them alone.

The Agricultural, Fisheries and Conservation Department said black swans were not native to Hong Kong, and had been introduced to places, including mainland China.

“The AFCD has no sighting record of wild birds of the species locally,” it said in a statement.

Crow said the birds might just leave on their own, like a group of four that appeared in the city in 2017.

“They came and went just like these probably will,” he said. “They are flighted birds, so they can take wing and disappear.”