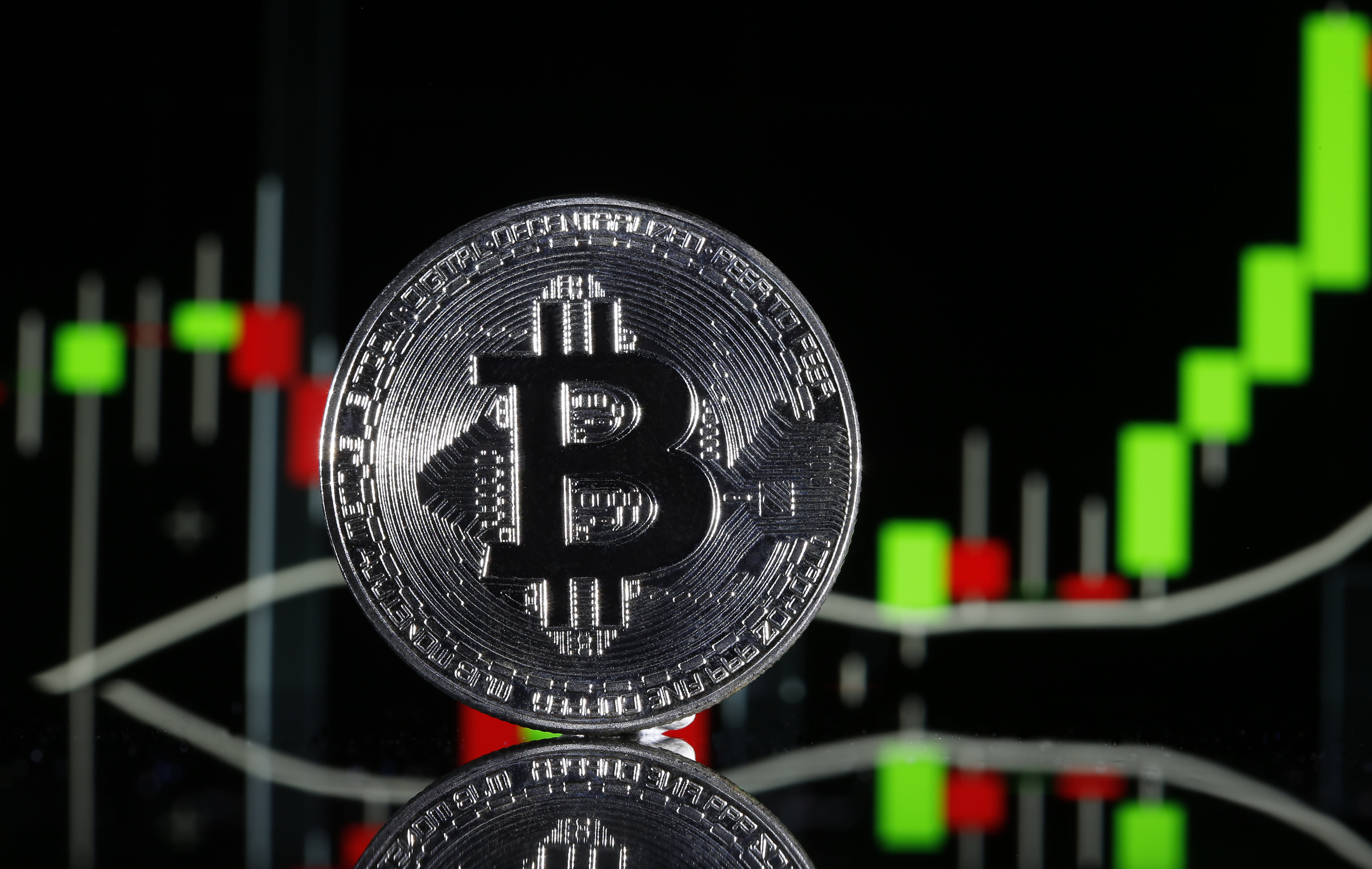 The virtual currency climbed suddenly at around 3:30 a.m. ET, adding $5,000 in the space of an hour to trade at $37,299. Musk added #bitcoin to his Twitter bio earlier Friday morning and sent out a cryptic tweet, saying: “In retrospect, it was inevitable.” It adds to the wild volatility in markets this week, as the stock prices of heavily-shorted companies like GameStop surged dramatically.
Bitcoin skyrocketed as much as 20% on Friday after Elon Musk added the hashtag #bitcoin to his Twitter bio.

Musk added #bitcoin to his Twitter bio earlier Friday morning. He also sent out a cryptic tweet, saying: “In retrospect, it was inevitable.”

It adds to the wild volatility in markets this week, as the stock prices of heavily-shorted companies like GameStop and AMC surged dramatically thanks to a rush of amateur investors inspired by the Reddit forum WallStreetBets.

Another subreddit group, SatoshiStreetBets, led investors to pump up the price of Dogecoin, a cryptocurrency inspired by the popular “doge” meme. Dogecoin was up 800% in the last 24 hours at one point.

Bitcoin’s price action had been relatively muted ahead of Friday. The world’s most valuable cryptocurrency hit an all-time high of $41,940 earlier this month before sinking sharply a week later. It briefly fell below the $30,000 mark just last week.

The digital coin is still about 13% off its all-time high but up around 25% since the start of the year. Bitcoin more than quadrupled over the course of 2020, with crypto bulls citing increased institutional investment as a driving force of the rally.

It’s not the first time Musk’s tweeting habits have led to a spike in the price of an asset. The entrepreneur most recently helped extend a rally in GameStop’s share price after hours Tuesday, after tweeting “GameStonk” and linking to the WallStreetBets Reddit community.

Meanwhile, shares of Poland’s CD Projekt surged as much as 12.6% Thursday after Musk tweeted that he liked the firm’s Cyberpunk 2077 game.

Musk’s addition of bitcoin to his Twitter profile comes after much speculation about whether the Tesla CEO will buy bitcoin or add the cryptocurrency to his electric car firm’s balance sheet.

The billionaire made headlines after a Twitter exchange with Michael Saylor, the CEO of software company MicroStrategy last month, which came after a tweet suggesting that he was tempted to buy bitcoin.

“If you want to do your shareholders a $100 billion favor, convert the $TSLA balance sheet from USD to #BTC,” MicroStrategy boss Michael Saylor said at the time.

In response, Musk said: “Are such large transactions even possible?”

MicroStrategy is holding an event next week titled “Bitcoin for Corporations.” When asked by CNBC’s Morgan Brenner which companies would attend, Saylor simply said there will be “thousands of executives, officers and directors and advisors of corporations.”

Oh ya 38 days ago
Just shows you 2 things. 1st Bitcoin really is nothing more than a make-believe stock as you cant do anything with it like buy a cup of coffee and investors are idiots and will buy anything on the word of a guy on his posts. If you do see this as a pump and dump you willsoon be left holding something with zero value like gamestop
View all comments (1)Add comment