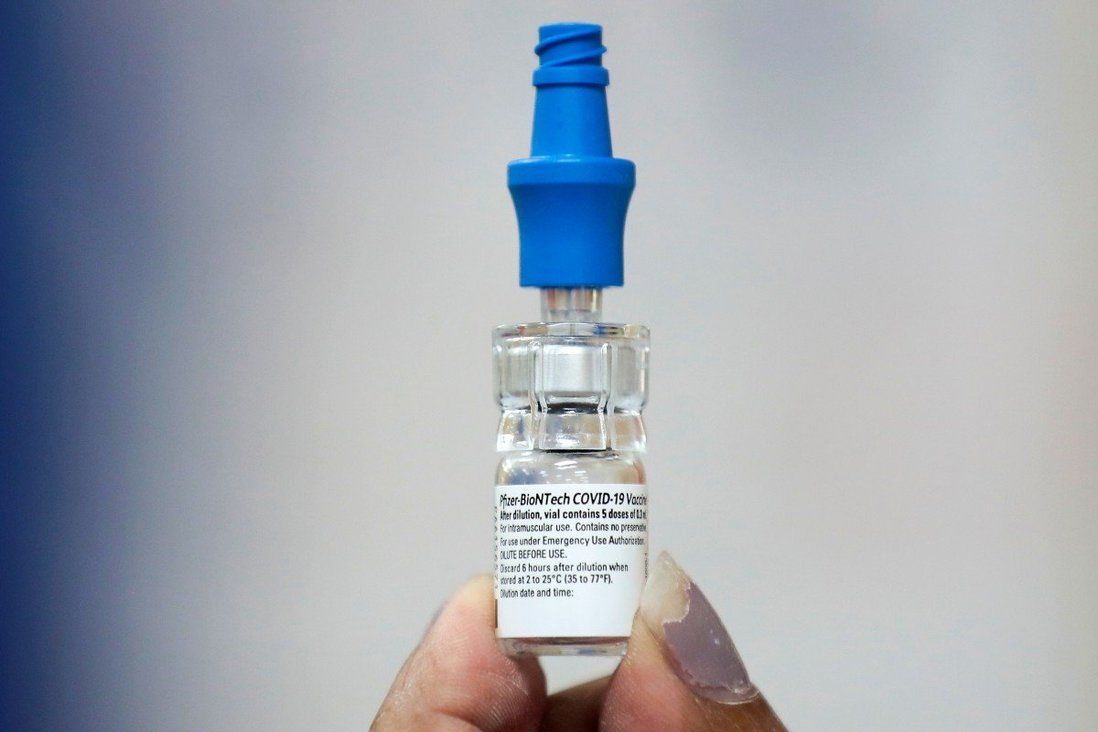 BioNTech shots should be effective in protecting against Covid-19 strains

The German-made doses should protect people from the variants found in Britain and Brazil, but not enough data available on the Sinovac shots from China to reach same conclusion, say experts advising government.

The German-made BioNTech vaccine should be effective in protecting people from the coronavirus variants found in Britain and Brazil although less protective against the South African one, health experts advising the Hong Kong government have concluded.

But the data on the Sinovac shots produced in mainland China was insufficient to reach such a conclusion, they said on Thursday.

The experts urged residents to inoculate themselves against the virus and help reach herd immunity. Progress was slowed after the deaths of seven people who received the Sinovac shook public confidence in the doses, even though authorities have not found any direct links between the shots and the fatalities.

Professor Lau Yu-lung, chairman of the scientific committee on vaccine preventable diseases at the Centre for Health Protection under the Department of Health, said data based on observations and laboratory results showed BioNTech had proven effective in protecting against the Britain and Brazil variants of the coronavirus.

For the South African strain, Lau said data showed that the jab was not as effective as against the other two strains although “it is still effective”. 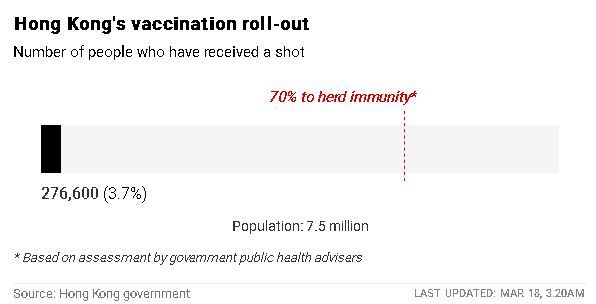 Not enough data was available about the effectiveness of the Sinovac jabs against the variants, while AstraZeneca shots, developed by British-Swedish firm AstraZeneca with Oxford University, had proven effective for both the Britain and Brazil variants but ineffective against the South African one.

Hong Kong has detected 93 incidents of coronavirus strains among 448 imported cases between last December and Wednesday, of which 37 were variants first found in Britain, eight similar to the South Africa strain and five from Brazil. The rest remain uncaterogised.

Although no community outbreak involving the variants had occurred, Lau said the existing 21-day quarantine rule for arrivals remained an important bulwark.

Professor David Hui Shu-cheong, chairman of the scientific committee on emerging and zoonotic diseases, also said people who had previously contracted Covid-19 could wait 90 days after their recovery before they needed to get a vaccine.

He said one dose of the BioNTech vaccine would be sufficient for recovered patients, although no data was available yet for the Sinovac vaccine.

“After infection, antibodies would be generated in the body, which can usually last six to nine months for most people based on available data,” Hui said. “Five sets of research data have so far shown that one dose for recovered patients would be sufficient.”

The city has struck deals to buy 22.5 million doses, with 7.5 million shots each coming from Sinovac, BioNTech and AstraZeneca.

The take-up rate for inoculation has been faltering amid persistent concerns about possible side effects, despite authorities not finding any direct links between the jabs and a number of deaths involving the recipients of Sinovac doses. About 276,600 people have so far received their first dose since the start of the vaccination programme late last month. The take-up rate of people turning up to their appointments at community vaccination centres for the Sinovac vaccine was about 80 per cent, while the proportion for BioNTech shots was around 90 per cent.

Officials this week expanded the inoculation drive to include all residents aged over 30 along with other priority groups, covering about 5.5 million people.
“A high coverage rate is important [to achieve herd immunity], which is also crucial in discussions in relaxing social-distancing measures,” Centre for Health Protection controller Dr Ronald Lam Man-kin said after the meeting among health experts. “Especially when more than 50 per cent of the population has received the vaccine, we think there is a chance to relax certain rules.”

The easing could include discussions about visitation measures for hospital patients and at elderly homes depending on the inoculation rate, health experts said, but no concrete suggestions were ready at this stage.

The city’s confirmed infection tally stands at 11,350, with 203 related deaths, while 10,824 people had recovered and had been discharged from the hospital.

Health authorities on Monday issued new guidelines to general practitioners on who should not get jabbed following the death of seven people who suffered from chronic illnesses after receiving the Sinovac jab, although no link with the jab has been found so far.

The guidelines suggested that those who suffered from heart disease, hypertension and diabetes should avoid getting shots until their medical condition was brought under control.

But Lau added that most elderly and those who suffered from chronic diseases could still be vaccinated as long as they monitored their situation closely and received the shots under a stable condition.

Without naming the alliance, a spokesman from the authority hit back on Wednesday night at “unfounded allegations by some health care workers on the vaccination scheme” and urged the alliance to avoid “misleading the public”.

The alliance, one of the many activist groups formed during the city’s anti-government movement, launched a strike during the early days of the health crisis to press the government to close all borders with mainland China amid the coronavirus pandemic and called for a boycott of the mass testing scheme over concerns about its effectiveness.