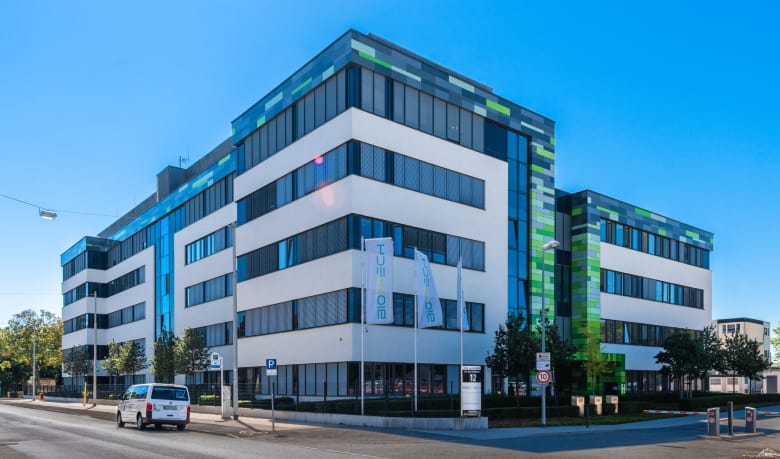 BioNTech said Monday that it plans to establish its regional headquarters for Southeast Asia in Singapore.
In today’s roundup of regional news headlines, the developer of a key COVID-19 vaccine announces plans for a Southeast Asian headquarters in Singapore, Hong Kong giant CK Asset sets an extraordinary meeting to discuss asset purchases and share buybacks, and Singaporean retailers prepare to storm Hong Kong as the “travel bubble” between the cities draws near.

The German company, known for developing a COVID-19 vaccine with US-based Pfizer, said it plans to establish a fully integrated mRNA manufacturing facility in Singapore with support from the Singapore Economic Development Board. The new facility will provide regional and global supply capacity of BioNTech’s mRNA-based product candidates, as well as a rapid response production capability for Southeast Asia to address potential pandemic threats.

CK Asset will hold an extraordinary general meeting on Thursday to vote on the acquisition of four assets from the Li Ka Shing Foundation and a HK$19.38 billion ($2.5 billion) share buyback plan. The four assets are a 20 percent stake in UK Power Networks, 20 percent of Northumbrian Water, 20 percent of Wales & West Utilities and 10 percent of Dutch Enviro Energy.

CK Asset also plans a share buyback offer for the 380 million newly issued shares at HK$51 per share up to the maximum number of shares.

Property owners in Kwu Tung have increased their asking prices by 5 percent, after a unit of the city’s largest homebuilder paid a jaw-dropping price for a large residential site in the area neighbouring Shenzhen.

Asset Capital Ltd, a subsidiary of Sun Hung Kai Properties, last month spent more than HK$8.61 billion ($1.1 billion), some 40 percent higher than market expectation, to outbid nine rivals to win a 1.19 million square foot (110,555 square metre) site in the northern New Territories. An industry observer estimates that the homes to be built on the site could fetch as much as HK$18,500 per square foot in three years’ time.

New homes on offer in Hong Kong over the weekend were greeted with fanfare and enthusiasm, as a stronger-than-expected growth pace in the city’s economy bolstered confidence and brought investors back into the property market.

Road King Infrastructure Ltd sold all 180 of its South Land flats at Wong Chuk Hang, repeating its sell-out weekend amid enthusiasm for the first mass property project atop a subway station in decades. In Mong Kok, Sino Ocean sold 27 of the 45 flats on offer at its Uptify project, sales agents said.

A clutch of Singaporean retailers are set to launch operations in Hong Kong, taking advantage of rents that have tumbled by as much as 80 percent from their peak and a revival in local consumption amid an economic rebound.
Executives of those retailers, ranging from food and drinks operators to fashion brands and even those engaged in entertainment and education, are expected to travel to Hong Kong to get a first-hand look at the situation there once the “travel bubble” between the two cities starts from 26 May.

Manulife US REIT on Tuesday announced a portfolio occupancy of 92 percent for the first quarter ended 31 March.
While this was lower than the 96.5 percent occupancy reported the year before, the REIT’s manager highlighted in its operational update that this was still above the US Class A average of 82 percent, according to a recent JLL report.

Real estate agency PropNex on Tuesday posted a first-quarter net profit of S$14.8 million ($11.2 million now), nearly double the S$7.6 million the year before.
This came amid higher revenue due to an increase in commission income from agency services and project marketing services.

Mainland property management firm New Hope Service launched its Hong Kong IPO today to raise up to HK$940 million ($121 million).
The Sichuan-based company is offering 200 million shares at an indicative price range of HK$3.8 to HK$4.7. It attracted six cornerstone investors that agreed to subscribe to a combined $49.4 million worth of shares, including Xiaomi, Fosun International and KE Holdings, a China-based real estate services provider listed in the US.
#COVID-19  #vaccine  #Pfizer  #BioNTech  #Covid
Add Comment