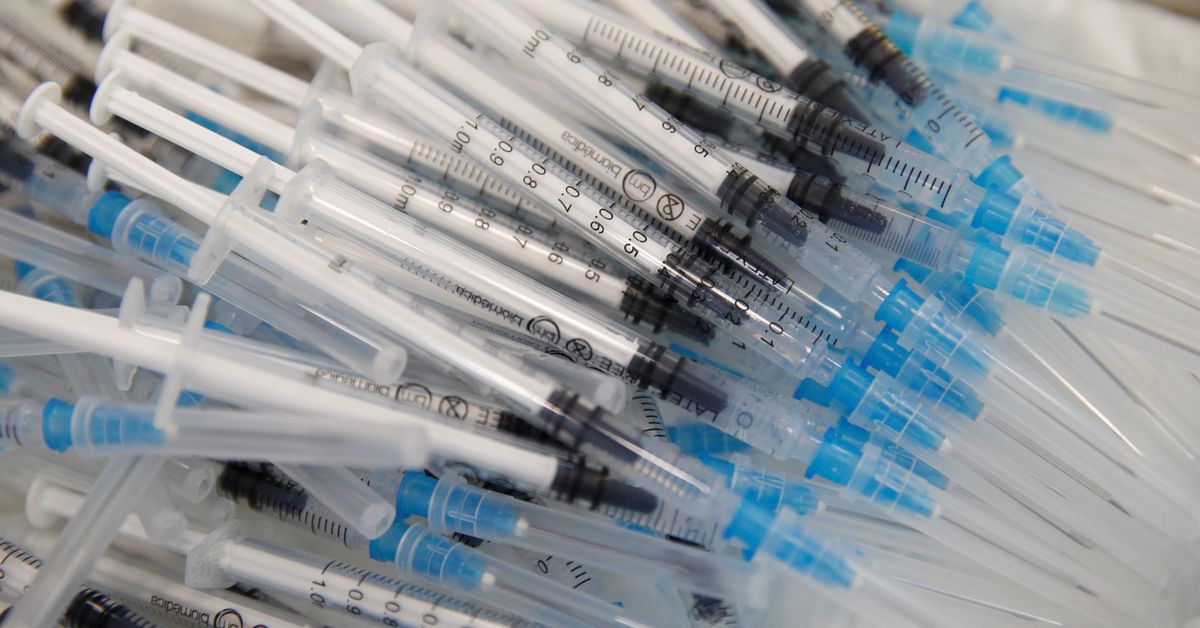 The Chinese sales agent for Germany's BioNTech SE (22UAy.DE) said on Sunday it had signed a deal to provide 10 million COVID-19 vaccine doses to Taiwan, part of a drawn-out and highly politicised process for the island to access the shots.

Taiwan's government has tried for months to buy the vaccine directly from BioNTech and has blamed China, which claims the self-ruled island as its own territory, for nixing an agreement the two sides were due to sign earlier this year. China denies the accusations.

Last month, facing public pressure about the slow pace of Taiwan's inoculation programme, the government agreed to allow Terry Gou, the billionaire founder of Taiwan's Foxconn (2317.TW), as well as Taiwan Semiconductor Manufacturing Co (TSMC), to negotiate on its behalf for the vaccines, which would be donated to Taiwan's government for distribution.

Shanghai Fosun Pharmaceutical Group Co Ltd (600196.SS), which has a contract with BioNTech to sell the COVID-19 vaccines in China, Hong Kong, Macau and Taiwan, said in a statement that the shots would be sold to TSMC and Gou's charity foundation via Fosun's Hong Kong subsidiary and a Taiwanese medical firm.

"We are very pleased to see that this vaccine jointly developed by Fosun Pharmaceutical and BioNTech can play a positive role in the prevention and control of the epidemic in Taiwan," Fosun Chairman Wu Yifang said in the statement.

Fosun quoted BioNTech Chief Executive Ugur Sahin as saying the company was "very grateful to be able to also supply the Taiwanese people with vaccine doses manufactured in Europe".

However, both TSMC and Foxconn referred Reuters to their statements earlier on Sunday in which they said they were still in the middle of the contract signing process.

The Fosun statement referred to the "Taiwan region", terminology favoured by the Chinese government to assert its sovereignty claims rather than imply the island is a separate country.

There was no immediate response from Taiwan's government.

BioNTech, which developed the vaccine jointly with Pfizer (PFE.N), also did not immediately respond to a request for comment.

Gou and TSMC this month reached an initial agreement with a Fosun subsidiary for the vaccines, sources told Reuters previously.

The BioNTech vaccine drama has transfixed Taiwan and dominated headlines. A major Taiwanese Buddhist group, the Tzu Chi Foundation, is also trying to buy the shots.

China's government has repeatedly said that if Taiwan wants the vaccine, it has to respect commercial rules and do it through Fosun.

Germany's government has also been involved, saying it has been helping in the direct talks between Taiwan and BioNTech.

Taiwan has millions of vaccines on order, mainly from AstraZeneca Plc (AZN.L) and Moderna Inc (MRNA.O), while the United States and Japan have together donated almost five million doses to the island to help speed up vaccinations.

Around one-tenth of Taiwan's 23.5 million people have received at least one of the two-shot regimen, though Taiwan's own relatively small domestic coronavirus outbreak is now largely under control.